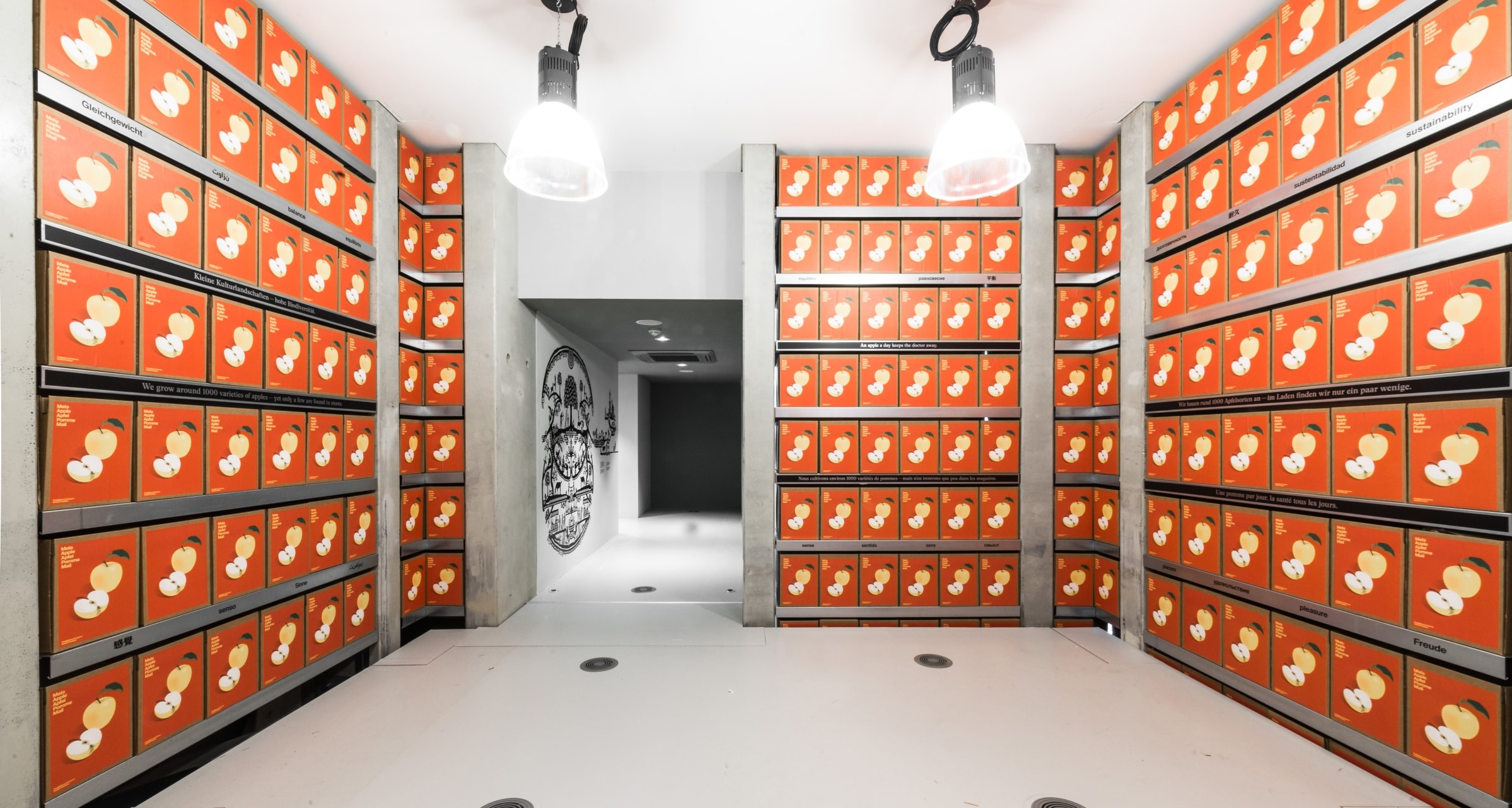 Is there enough for everyone? Maybe yes, maybe no: we’ll see at the end of the Expo. This is the riddle posed by the Swiss Pavilion, starting with an idea of respect for and sharing of resources (apples, water, salt, coffee) that fill four towers. As visitors gradually consume the contents (everyone can take what he or she feels is proper), the four supplies lower, thanks to platforms, completely altering our perception of the pavilion. Offering the audience a chance to concretely visualize its own behavior (more or less ethical) in relation to consumption and the community.

The concept and architecture are by the Swiss studio Netwerch Architektur founded in Brugg (a small town in northern Switzerland) in 2004 by the very young Noah Baumgartner and Daniel Christen (combined age: 60), pushing aside many more famous and important Swiss architecture firms (103 in all) in a competition to create the Expo pavilion.

WERE YOU SURPRISED BY THIS VICTORY?

DC: Very. It was a true surprise: nobody knew us. We come from a small town where we opened a studio in two rooms in 2006 after having worked for other architects, to make ends meet…

NB: …but the jury voted unanimously for our project. The concept made an impression because of its immediacy, the simplicity of the clear, understandable message. We’ve never felt discouraged: we were sure the idea was a good one.

WHERE DID IT COME FROM?

NB: It happened fast, in an amusing way, because we thought: “let’s make a pavilion you can eat.” The next step was to give the idea an ethical side, in keeping with the Expo theme.

DC: So we thought about involving the audience directly: each visitor had to be an integral part of the project and be personally ‘touched’ by it. The goal? To stimulate reflection on individual responsibility and fair division of food resources. From the concept came the architectural form, the four storage towers.

NB: Apples (dried rings), coffee, salt and water, though it was a real challenge to choose the four substances: it took some time. Again in this case, I think we have surprised the visitors (including the Swiss). We wanted to avoid the usual stereotypes, of Switzerland as a land of grazing cows and chocolate.

DC: We chose coffee because not everyone knows that it has passed cheese and chocolate on the list of exports; water, on the other hand, is because it is the true wealth of Switzerland, and its protection represents a planetary challenge; apples because they represent biodiversity, and the fundamental role of agriculture in environmental protection; and salt, finally (few people know about our salt mines), with an eye on offering an important message for health: reducing salt intake means a healthy diet.

BUT WILL SUPPLIES LAST UNTIL THE END OF THE EXPO?

NB: In little more than a month, since the opening, we have finished the apples and the water, and we will already descend by one level (the interview was in June, ed.). If things continue at this pace, by the end of October the towers will be completely empty. And the pavilion will completely change its look…

DC: …leading to the possibility of some serious reflection on our individual behavior and the consequences for the environment and the community.

by Laura Ragazzola – photos by Luca Rotondo and Netwerch Architektur

Exterior of the Swiss Pavilion.
One of the four ‘warehouses’ with the food supplies conserved on metal shelves (in the photo, the ones still full of apples). The Pavilion was made with the contribution, among others, of Nussli, Geberit, Vitra, Mapei.
#Design #Projects