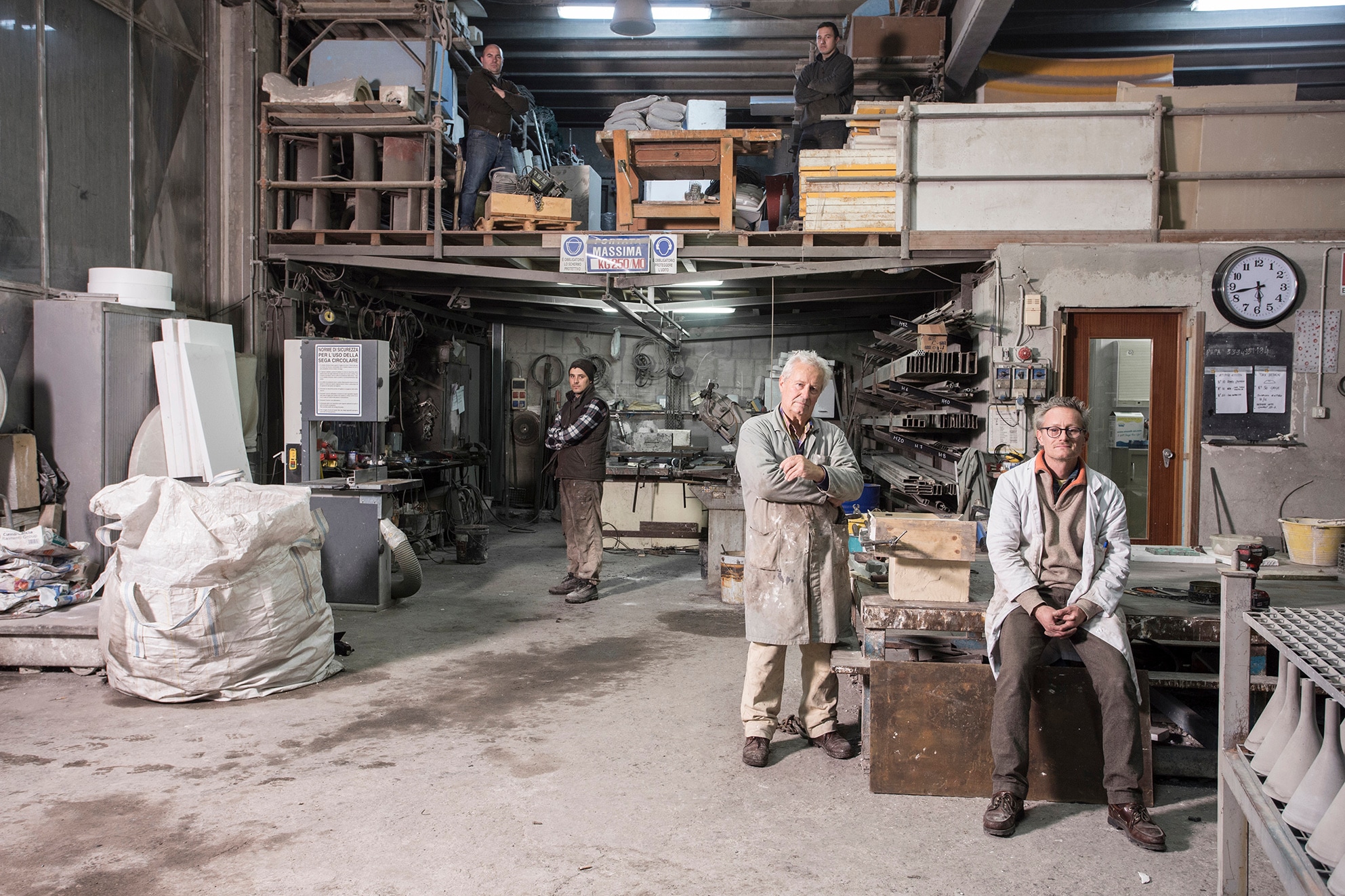 In 2014 Chiara Alessi, one of the most interesting young design critics, published a book entitled Dopo gli anni Zero. Suddenly the approach changed: no longer talking about history, about the ‘masters.’ A new generation takes the stage and finds its own place in history. So a second book is now being released, Design senza Designer, in which the author completes “the fresco after the Zeroes,” narrating a situation in which not only have the designers changed, but also the companies and the mechanisms behind processes. Production happens in a different way, and criticism has to adapt. Hence the idea of asking Chiara some questions.

The first question arises before opening the book, looking at the cover only: do you really believe design can exist without designers? Or could there be a design with different designers?

No, I don’t believe it, and if you open the book you’ll see. Or just read the back cover, where Bianca Laterza sums it up by writing: “an incursion into the roles of design, apart from designers.” The thesis of the book is not that design is made without designers, anything but! Instead, I tried to imagine that in this historical moment the most interesting way to look at the Italian design of the 2010s might be an observatory composed of ‘non-designers.’ To narrate design through professionals working behind the scenes, who nevertheless hope for their own ‘fifteen minutes of fame’ but are not traditional designers as we know them. In a period that may end up being remembered for the slogan (which I think is ideological) ‘everyone is a designer,’ I have decided to write a book on design precisely without talking about designers.

The second question has to do with the introduction. Speaking of the hunt for names (who’s in, who’s out) that happened after the release of your first book, you say that “the names (of designers) are less important than the systems to which they respond.” Is this also true in Italy, where there has never been a coherent, recognized school, but instead a river of extraordinary individual creative talents?

As I write in the introduction, I think that in the cases that interest me the designers are ‘less important.’ Not absolutely, of course, and not with respect to the history of Italian design I imagine you are thinking about, which instead is composed of names, of exceptional personalities. Instead, in the poetics I chose in Dopo gli anni Zero to narrate the complexity of the new Italian scene, I assigned less importance to names because I wanted to reason about situations rather than individuals. In my interpretation – a snapshot of the present after the Zeroes – the personalities appeared as specimens of different, complex ways of approaching the profession: they were not even at the center of the image, but intentionally out of focus, because I was more interested in the constellation one can perceive. In this new snapshot there is another step, because the people in the picture are not designers.

You hypothesize the existence of a sort of ‘zero-kilometer’ design where each of us has the right not only to choose an object, but also to become part of the creative chain of the object itself, through phenomena of personalization, customizing or even tailoring. A possibility that, in the end, might coincide with the ‘homemade’ ideology or design without designers (everyone is a designer? No one is a designer?) Is this a response to the industrial crisis, or a real alternative?

I am not suggesting that this is the best scenario, or the right answer. And in any case I think that for good results a designer is indispensable, even if we move beyond design in the strict sense of the term. I simply register the fact that we are in transit from a historical moment in which people thought about ‘design for all’ to a moment in which people think about ‘design for each.’

This is happening not only in Italy and not only in product design. Just consider the design of services, of communication, the way the information multinationals generate content ‘around’ you. I believe that industry, and the most farsighted companies, have already applied this solution to their products, “we make it well, we make it in Italy, and we make it just for you,” but this is not an industrial alternative to ‘homemade.’ It is not a response, it is a trend and it has more to do with sociology and lifestyle than with economics: people make gardens to eat their own produce, but that doesn’t make farmers and food companies disappear. But the latter do have to pay attention to the desire of people to feel like part of the process, to feel they are being guaranteed a path of quality. Otherwise they will fall behind.

You correctly emphasize that “design has become more central than architecture in the economic and political debate,” and – we might add – in the collective imaginary as well. Architecture continues to be seen by the general public as something imposed, that cannot be modified. This is undoubtedly a conquest for design, yet I wonder if it doesn’t lead to a sort of spectacularization, dumbing down the content of design itself?

I share your concern, with one added consideration: I have not studied architecture, I am not a design historian, and I feel the weight of this every time I delve into these themes in my own way. At the same time, I think one value that should be defended, in our time of dramatic news, is precisely that of heterodoxy, of inquiry outside the system.

Another thing concerns me as well: how can we speak to the immigrant, the student, the professor, the mother, the architect? In the end, I write books for a few thousand people. We have to understand whether we want to conserve a discourse of quality for a niche or open up to the risk of simplification to make thinking regarding facts that have an impact on everyone more accessible. I have chosen to take that risk. In fact, in my book I address arguments that are considered ‘banal,’ what I call ‘commonplaces’ in the sense of topoi (Made in Italy, manufacture, production districts, retailing, communication), which are usually avoided with care, in Italy, by those who say they are doing criticism. I think these topics should be reopened and rediscussed, raising the quality of the debate.

At the end of the book you point out that the modification that has happened in the communication of design, with a substantial renunciation of operative critique, has led individual designers to become critics, or at least illustrators, of their own work. Doesn’t this lead to an ambiguous mixing of spheres?

You should answer this question yourself, since you have nimbly moved through this world for years without getting entangled in disciplinary boundaries, real or supposed. And in any case I don’t know if the absence of operative critique has transformed designers into critic-promoters of themselves, or if it is due to widespread narcissism: ‘being there’ at all costs. Then there is the need for designers to extend control to all the possible aspects of their work: if it were possible, they would come to your house and tell you where to hang their lamps. So there you have it: maybe everyone feels like a designer because designers think they can be everything..n

In the gallery, some of the personalities interviewed by Chiara Alessi in her latest book “Design senza designer”, to be released in January by Laterza.