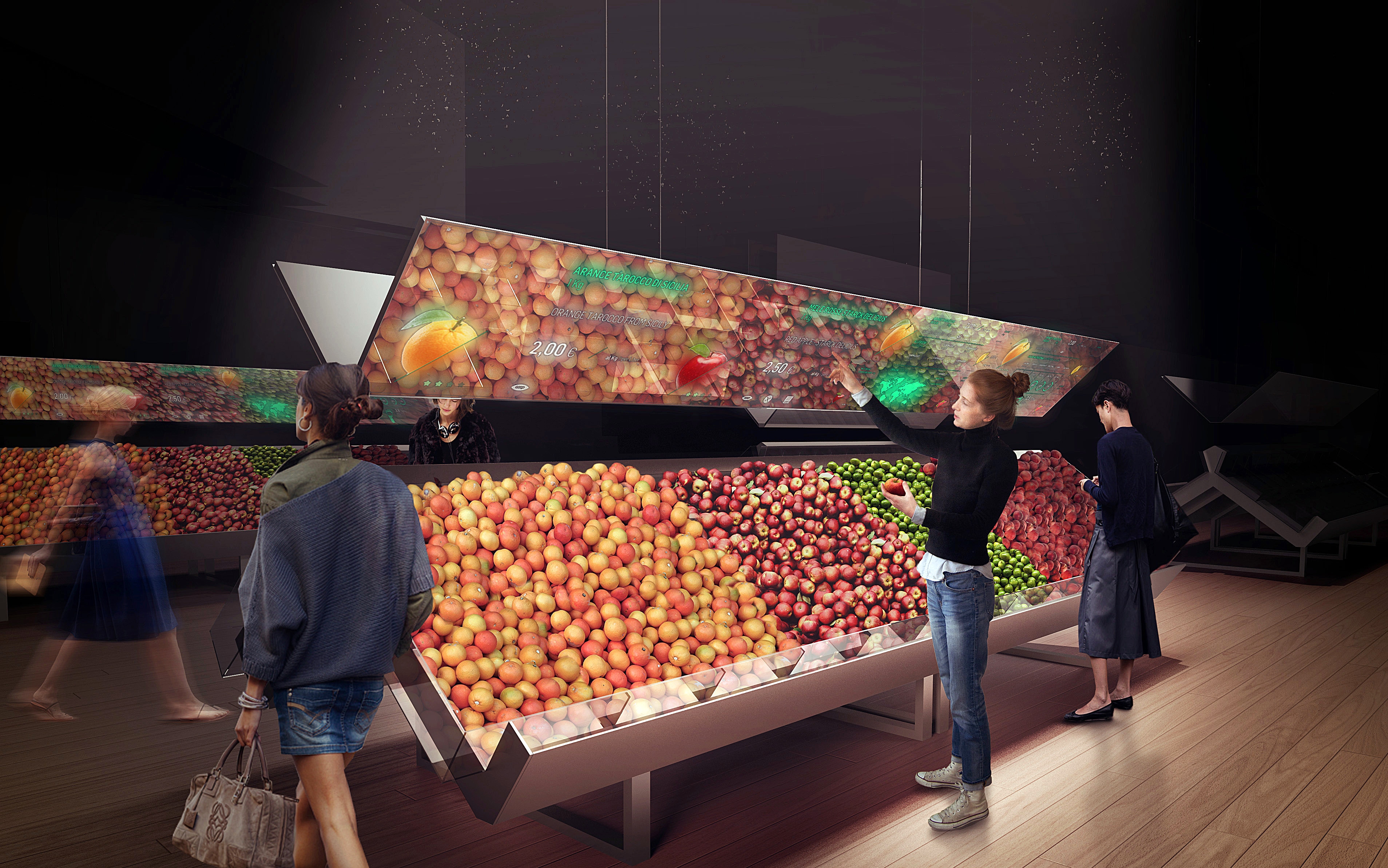 When Expo Milano 2015 asked us to work on the Future Food District, we accepted the challenge with enthusiasm, but also with a bit of discomfort. We’ve never been interested in prophecies and science fiction. Trying to predict the future is often a futile exercise, that distracts you from the present and doesn’t really help you to understand tomorrow in a concrete way. Just consider how many forecasts, in the past, have faded into oblivion.

Today we can’t help smiling when we think of the flying machines and conveyor-belt sidewalks imagined by Thomas F. Anderson in the early 1900s, in his futuristic description of metropolitan life at the end of that century. Or when we recall the food pills imagined by many scientists a few decades ago (the Expo itself, on food in all its infinite varieties, reminds us of our intense relationship with nourishment today).

Failed forecasts are so numerous and picturesque that they sometimes represent a true narrative genre: the paleofuture. How to avoid these pitfalls, coming to grips with the theme assigned by Expo? Herbert Simon said that “science focuses on the world as it is, design explores it as it could be.” This definition of design offers a glimpse of a possible, different relationship with the future.

Not the useless attempt to foresee, but an opportunity to experiment, to accelerate the transformation of the present. Something like the idea of ‘anticipatory design’ theorized in the 20th century by the great American inventor Buckminster Fuller and based on “approaching existing problems through the introduction of new artifacts in the environment.”

This is precisely the approach we have taken in the Future Food District. Stimulated by Coop Italia, the partner of Expo, determined to offer viewers a true shopping experience, we have tried to find new interactions between people and products inside a real supermarket. We were particularly interested in the world of information: that huge pile of data available to us today – often called Big Data – that could trigger new consumption dynamics.

Do you remember Italo Calvino’s Mr. Palomar when, inside a Parisian fromagerie, he has the impression of being in a museum? “Behind every cheese there is a pasture of a different green under a different sky (…) This shop is a museum: Mr. Palomar, visiting it, feels as he does in the Louvre, behind every displayed object the presence of the civilization that has given it form and takes form from it.” This was one of our inspirations: to try to use new instruments to allow products to tell their stories – and in the final analysis, to stimulate more informed, conscious consumption.

The articles arranged not on shelves but on large tables, as in a traditional market, narrate their origins and characteristics in an immediate way (touching them, interactive contents are activated on large reflecting veils above). Greater awareness of the background of products also facilitates new relations between people. Thanks to the greater possibility of sharing offered by networks, why not think of the supermarket as a place of exchange, open to all?

In the Italian cooperative tradition, certain areas are set aside for micro-producers, like the association of the “Cesarine,” homemakers who set out to “safeguard and spread the heritage of knowledge, tradition and culture hidden in the thousands of recipes of our regional cuisine.” In short, a sort of sharing of products, where everyone is a potential producer and a potential consumer.

Certain aspects of the project will have more success, others less – we’ll find out during the six months of the Universal Exposition. But we think this is the most interesting part: to take advantage of a major event to conduct an experiment together with tens of thousands of people. A test from which we can all learn many lessons, some of which may have an impact on the real world.

If it is true, as Alan Kay said, that “the best way to predict the future is to invent it,” it is fundamental for architects and designers to start with shared experimentation – to build a future that can be made by all of us.

The COOP supermarket inside the Future Food District will open, together with Expo, on 1 May 2015. The relationship between design and the future will be the focus of a retrospective on the work of the design studio Carlo Ratti Associati at Spazio FMG in Milan (starting on 13 April). The themes connected with architecture and participation are discussed in the latest book by Carlo Ratti and Matthew Claudel, Architettura Open Source (Einaudi).
#Design #Projects