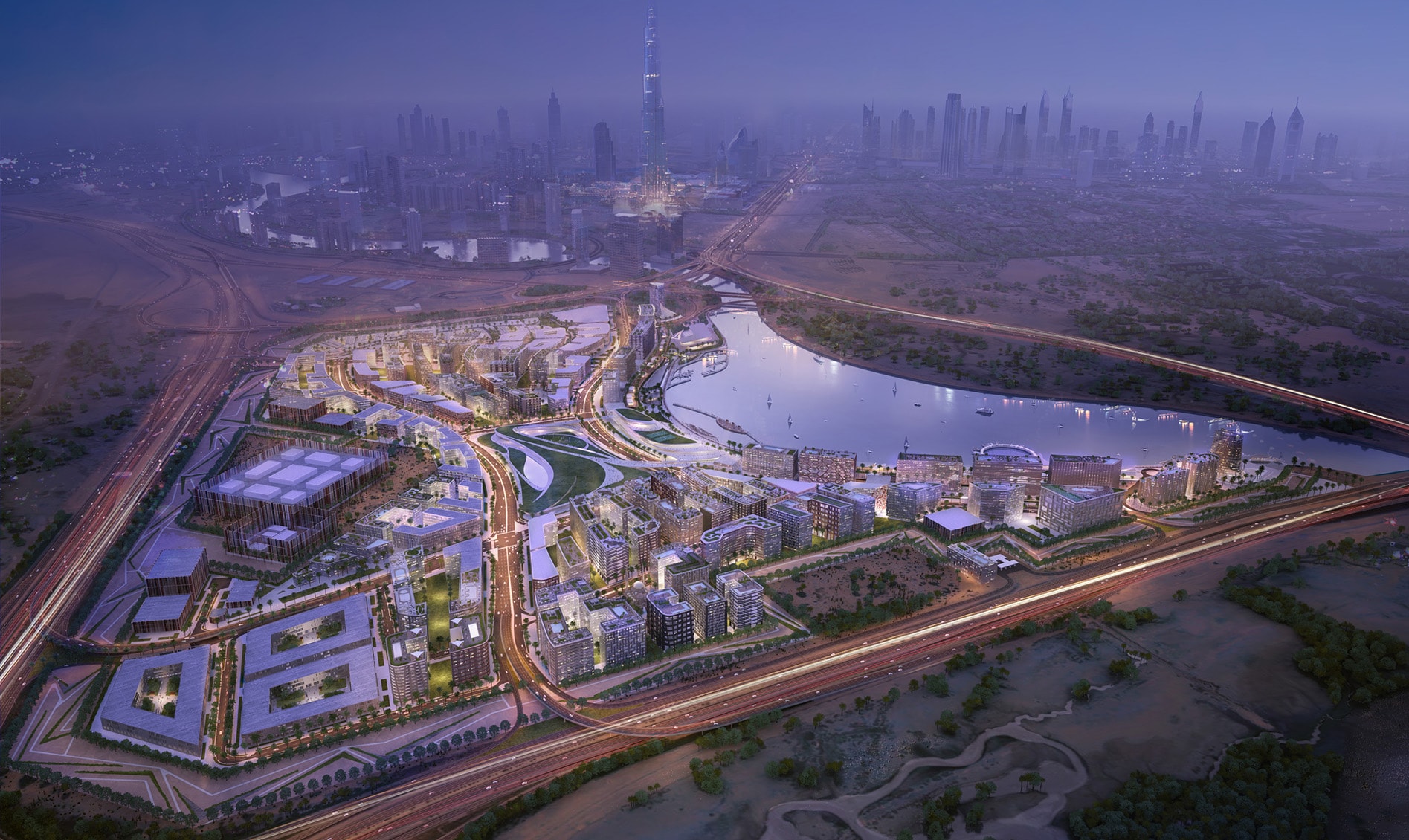 The inaugural Dubai Design Week (26 – 31 October) was held in the new, purpose-built Dubai Design District (d3) – a strategic partner for the event – and marked a new phase of investment in the thriving UAE design industry, worth around $ 2.3 billion (in 2014).

Coinciding with the third Downtown Design, the city’s main trade fair for design and interiors, the nascent event showed somewhat surprising signs of complexity and maturity.

Abwab, one of the week’s main initiatives, included a series of six pavilions, dotted around the public walkways of d3 and designed by Dubai-based Loci architecture and design studio.

Each pavilion showcased emerging talents from the Menasa countries: Jordan, Kuwait, Pakistan, Saudi Arabia, Tunisia and the UAE. The Abwab installations all responded to the theme of ‘Games: The element of play in culture’; from traditional games, to reinvented classics, graphic representation and beautiful crafted objects, the pavilions offered a fantastic insight in the social fabric – and highly skilled craftsmanship – from which regional designers hail to Dubai.

For example, the Saudi curators based their installation on the traditional ‘Um Tse’ game (literally translated: Mother of Nine). The nine pieces on one side were represented by beautifully crafted horse saddles – the country’s traditional way of transportation for both men and women – either hanging and laying on the floor, offering comfortable and luxurious seats to the visitors.

On the opposite side, the same number of pieces were instead metal cast sculptural objects in edgy, angular shapes, which created a further play on the theme, between soft and hard, masculine and feminine, traditional and innovative.

A Global Grad Show, spearheaded by the Royal College of Arts in London, featured the work of 50 international young designers selected from the world’s best design universities, in one of the largest displays of its kind.

Divided into thematic categories, the show sent a clear signal on how the UAE aspires to be central to the discourse on international design. From wearable air-purifiers, delivering a personal stream of clean air to the wearer, a networked system of home furniture that gives company to its (lone) inhabitant, and even a playful, and instinct-defying collection of musical cactuses which sing and play when stroked, the projects gave a unique opportunity to witness unexpected and ingenious solutions to communal issues on a global scale.

The first annual series of Iconic City exhibitions this year celebrated Beirut, with a show curated by designer Rana Salam, who was born Lebanon’s capital. ‘Brilliant Beirut’ charts its history from 1950 to today through architecture, design and graphics, with a beautiful series of archive photography, marketing and advertising material.

On the architectural front, a powerful selection of images spanning Beirut’s brutalist, modernist, postmodernist and contemporary phases, are displayed; from 1957 Hotel Carton by Karol Schayer, to Cinema Al-Hambra by George Rais, 1958; Alvar Aalto and Alfred Roth’s Centre Sabbagh from 1964, through to iconic B 018 club by Bernard Khoury in 1998, and 2015 David Adjaye’s Aishti Foundation.

Beirut’s vivacious design scene, spanning established designers such as Nada Debs, Karen Chekerdjian, Liza Beyrouth, Marc Dibeh and Karim Chaya’s Acid products, are also represented, offering a glimpse of how the city’s famous creativity and vibrant design scene have been shaped by the turbulent socio-political climate, strong European influences, and the astute resourcefulness of its protagonists.

Downtown Design Dubai, with around 90 exhibitors from around the world, is the Design Week’s trade arm. Taking place in a temporary pavilion just outside d3, the fair had a strong international presence, which also included leading Italian brands such as Lema (debuting at the fair ahead of a major opening in Dubai later this year), Kartell, Antonio Lupi, and Moroso.

Innovative elements have been introduced, including six areas dedicated to Design Weeks from around the world: Helsinki, Istanbul, San Francisco, Mexico, Bejing and Melbourne, a welcome addition that further enhances the sense of internationality, and a focus on contemporary design, of the Emirati event.

A series of keynote talks with heavyweight designers such as Humberto Campana, of Estudio Campana, and Lebanese architect Bernard Khoury, as well as daily talks, debates and workshops across both Dubai Design Week and Downtown Design were also offered.

The rest of the city was not forgotten, with a series of site-specific sculptural works in 13 different venues, from Dubai Marina, to the wonderful spaces of Tashkeel studios, and the Al Fahidi historical neighbourhood. Featuring both Middle Eastern and international designers, these commissions spread the Design Week across the city.

Activities for family and children, satellite events in the city’s design studios and galleries, and even a design and food market over the weekend completed the offer.

In addition, designer-led exhibitions and installations popped up around Dubai’s Ras Al Khor industrial area – where abandoned warehouses are being repurposed as gallery spaces. Of particular note was Drak, a collective design initiative funded in 2015 with the aim of drawing attention to the area and its potential.

Its inaugural exhibition took inspiration from the nearby wildlife centre, and its flamingo population, with five diverse projects spanning jewellery, fashion and costume design, architecture and design installation – Khalid Shafar’s suggestive flamingos constructed out of different-shaped bricks, brass ‘legs’ and burning candles created a raw, yet delicate and poetic image against the backdrop of Al Khor’s industrial setting.

The formative Dubai Design Week has a few strong points in its favour that should see it flourish: it is created around a new, thriving design economy; it is starting to feed off a still small but highly educated and well-travelled design community, eager to operate in the region; and it is housed in bespoke spaces created to magnify its potential.

Whether it’s inception may be too artificial – it does feel slightly forced – like the rest of the city – at times, it is definitely a Design Week worth watching in the years to come. Its success will be sanctioned by the ability of nurturing the incredible promise harboured by its design community in the making.

A render of d3
The Abwab (‘Gate’) pavilions were all slightly different, to resemble the local identities of the represented countries, yet had a unified design aesthetic;
One of the beautifully crafted traditional games reinvented in the Pakistani pavilion
Cactunes, designed by Pierre Charreau, Martin Hertig, Pauline Lemberger, ECAL university
Brilliant Beirut’s entrance
Bernard Khoury’s B018 club
Downtown Design Dubai
Yaroof, by Aljoud Lootah, , on the Beach by Meeras, Dubai Marina
Soundweaving, by Zsanett Szirmay and Bálint Tárkány-Kovács at Tashkeel Studio
Flame-Ingo by Khalid Shafar, DRAK, in Ras Al Khor
#Design #Projects