For the young generations, accustomed to the immaterial semantics of new technologies, the rediscover of the physical meaning of objects is an unusual experience that opens up a gentle, soft material scenario

Ever since the world entered the digital era, it has seen more frequent appeals regarding the value of ‘analog’ concreteness in design. The grain of materials, the vibrations of the senses, the tangible flavor of the product, have taken on an increasingly central role in the contemporary narrative. It is worth wondering, however, if this insistence on the importance of the physical nature of objects, punctually juxtaposed with the coldness of the digital, might not be due to a subcutaneous hemorrhage that is surreptitiously but inexorably depriving the body of the produce of its traditional objective value.

This is a legitimate doubt: the response, nevertheless, is negative. The central role of the physical dimension of furnishings has not been threatened. It is true that the inebriation of the digital has led in recent years to the pursuit of the latest neo-tech invention. But while the predigital generations were busy absorbing technological evolution that would not spare a single aspect of everyday life, the first true generation of digital natives was growing to the point of becoming a specific target of reference, which presents itself today with its own psychographic profile and, more prosaically, with its own buying power. Above all, what was seen as an arrival point for the predigital generations – namely the complete convergence between real and digital – represents a starting point for the younger subjects, an acknowledged situation on which to build and nurture their idea of the future. 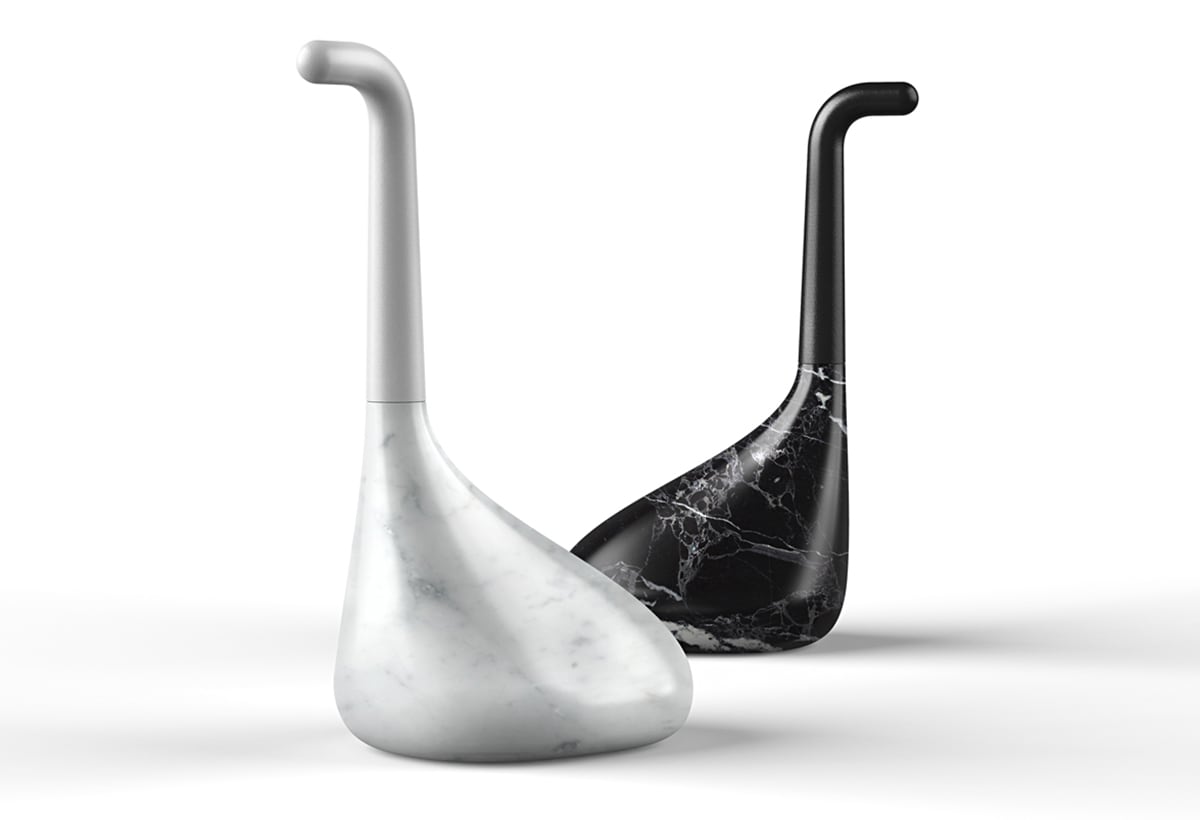 4
Nessie marble doorstop by Luca Nichetto for Monitillo Marmi. The form emerges from the ground like a surprising but familiar presence, inspired by the legendary Loch Ness Monster. Available in three marble versions.

The members of generation Z (born from the second half of the 1990s to the end of the Zeros) have no memory of a world without Internet and smartphones. Their social persona has grown up through the digital infrastructure, a unique condition that has led them to develop a much more secular approach to new technologies than was the case for their parents. For today’s twenty-somethings, the new technologies are neither something to fear nor something to worship, because they are ‘naturally’ a part of the world, just like the wood of trees or the concrete of the city.

“
Neo-real design has to know how to precisely gauge the form of what for them is a new aesthetic-sensorial enhancement, carefully mixing the real and digital phases to give both of them a proper weight, while at the same time boosting – and this is the new aspect – their unique characteristics and differences."

So much so that in their eyes the recent return to vigor of the physical-analog dimension of design, intensified by the period of virus-prompted economic and physical uncertainty, represents not a nostalgic retreat into the past, but an acceleration towards a new, unknown future, the unfolding of an experience that has to be ‘earned’ through an active (and designed) setting of boundaries for the digital. To use an expression borrowed from the world of media, which makes a distinction between paid media, owned media and earned media (channels gained through reputation and word of mouth), we can talk about earned reality, a neo-reality that in the eyes of those who are accustomed to evaluating things through a backlit filter seems fresh and corroborating in its unusual physicality. 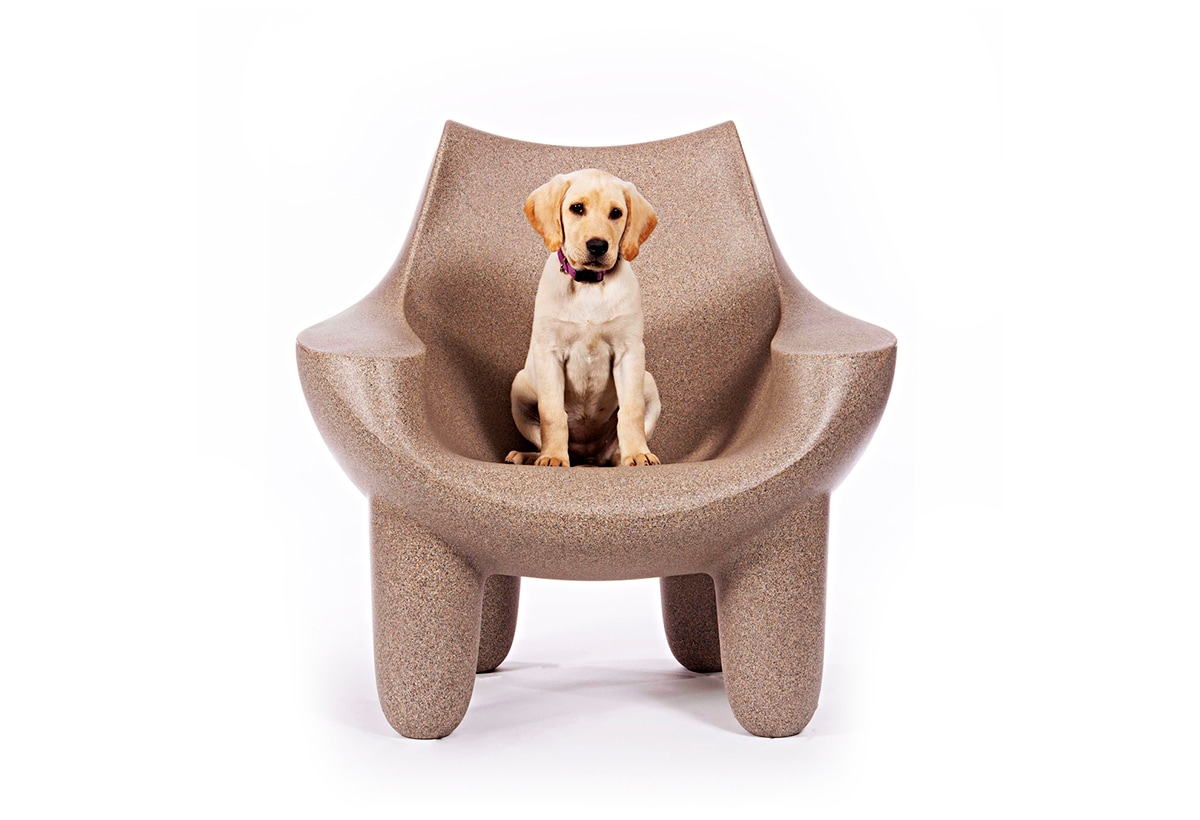 3
The Mibster seat by Nikita Bukoros for Tenjam is made in RCP (Recovered Coastal Plastic), granulated plastic gathered from the oceans. The design brings out the best in this material, which does not fade and stands up to stains and impact.

This does not mean that young people are totally rejecting the digital dimension. Generation Z is extremely aware of its dependency on technology, and precisely for this reason they are better equipped to appreciate the value of analog neo-reality. At the same time, though, they suffer from a deep inability to imagine a life purged of the digital. This is why neo-real design has to know how to precisely gauge the form of what for them is a new aesthetic-sensorial enhancement, carefully mixing the real and digital phases to give both of them a proper weight, while at the same time boosting – and this is the new aspect – their unique characteristics and differences.

“
The members of generation Z (born from the second half of the 1990s to the end of the Zeros) have no memory of a world without Internet and smartphones. Their social persona has grown up through the digital infrastructure."

In this sense, the macrotrend of the last few months that has involved the spread of artistic renderings with a solid but virtual, physical but metaphysical tone clearly indicates the path of design languages. The path of a soft, gentle materiality, fluffy to the gaze and innocuous to the touch, perfectly in tune with the tastes of a public that has grown up inside the protective walls of its ‘echo chambers.’ But at the same time, a massive process of transfusion inside and outside the solid body of the product is already under way, transfiguring its meaning and its appearance.