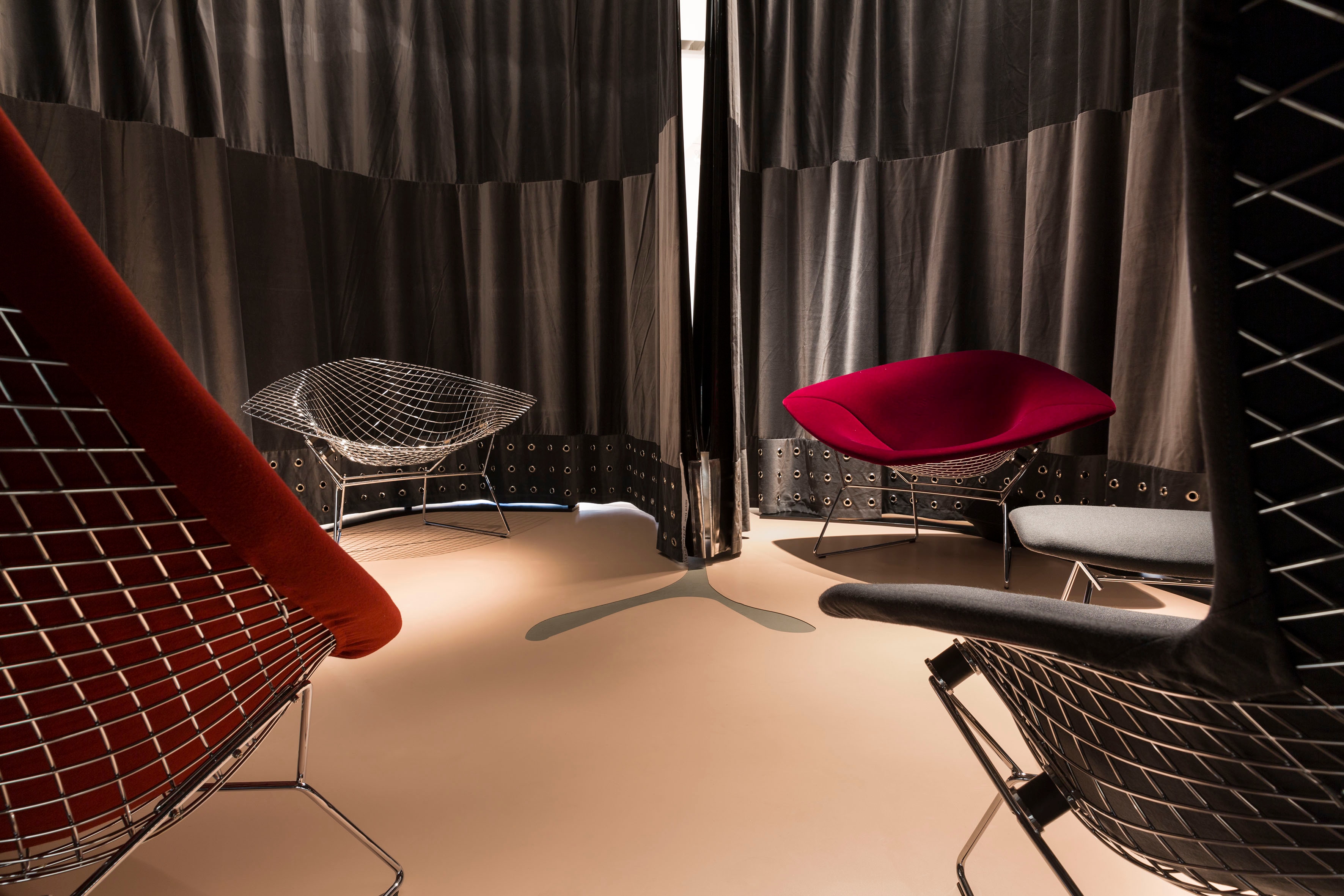 Maybe it’s true that there are districts of the FuoriSalone that are devoted to the ‘social’ side of things (Ventura-Lambrate), while others are into pure showing off.

And what should we say about the repeated intentions of Marni, which each year proposes theatrical installations and delightful exotic items for charity?

We should also mention Circolo Marras, a rare oasis of peace and poetry, which this year – with Segno Italiano – shed light on Sardinian artisans of the misunderstood and enchanting art of basket weaving (on sale at affordable prices)?

The approach of the big fashion signatures to the FuoriSalone is truly different from that of the leading furniture brands, and should be food for thought for the latter.

First you sow, then you reap… and a plentiful harvest is also on the way for ecosustainable initiatives, like Goodesign at the charming Cascina Cuccagna: projects that are minimal at times, but always interesting due to their originality, efficacy and, above all, their way of not polluting our planet.

Looming over all, the dark majesty of the gorilla at the entrance to Spazio Rossana Orlandi: very assertive, also as a way of underlining the current primitive brutality of a part of contemporary society…

The increasingly labyrinthine Spazio Rossana Orlandi featured a ‘Gorilla su cattedra’ by Marcantonio R. Malerba (marama.it), the young creator of Sending Animals, the well-known series for Seletti.
The Marni showroom became the Mercado de Paloquemao of Bogota (Colombia), with exotic fruit and limited editions, from centerpieces to furniture. Proceeds from sales went to support Anayibe Rincon’s Workshop.
The Israeli studio Magenta, winner in 2014 of the Lexus Design Award, showed a new collection at Residenze Litta, including the Sophie cabinet (in the photo) distributed by Dilmos Milano.
Completely restored, with stucco work and friezes, Palazzo Litta hosted – organized by Mosca Partners and the magazine Damn° - the exhibition “Materials: a Matter of Perception,” which included items by Xam (the new brand of Classicmobil), with an impressive canopy bed.
Knoll International celebrated the centennial of the birth of Harry Bertoia, design of the famous seating series, with a special exhibition at the Milan showroom (jewelry, sculptures, prints).
Knoll International celebrated the centennial of the birth of Harry Bertoia, design of the famous seating series, with a special exhibition at the Milan showroom (jewelry, sculptures, prints).
At the new ultracharming Milan headquarters of CLS Architetti, in the former church of San Paolo Converso, “It’s all about meal” was an interpretation of tables, designed by Massimiliano Locatelli in collaboration with Glas Italia, set by Appeal for Meal.
Gufram, the historic brand founded in 1966 and acquired at the end of 2011 by Sandra Vezza, and now based in Barolo (Cn), presented – among other things at Rossana Orlandi – the ‘forgotten’ and glorious Cova, designed in 1973 by Gianni Ruffi.
At Via Pizzi 29, in a large former print shop, artists, designers and artisans – including Cambio – displayed furnishings made with wood salvaged from the ancient temples of Ubud/Bali, and Italian pottery by Gaya Ceramic, produced in Sayan/Bali. A new creative address, near the new facility of Fondazione Prada.
Aviary (5 x 5 meters) with suspended nests for 50 fluttering finches and rotating mechanisms: the nest-baskets of Annalisa Cocco and Roberta Morittu for Imago Mundi (2005), reinterpreted by Antonio Marras by using his typical hues and fabrics. The “Sentiero dei nidi di ragno,” in collaboration with Segno Italiano, won the Milano Design Award of FuoriSalone 2015 for the best installation.
The creations of the finest artisans of Monte Putzu (Sardinia), namely baskets woven by hand (with river reeds, myrtle, olive and willow branches), decorated with textiles taken from the ‘remnants’ gathered by Antonio Marras, the Sardinian fashion designer from Alghero. The collection was made thanks to Segno Italiano, the brand that seeks out Italian crafts on the way to extinction and revives them on a national scale.
At Palazzo Litta, Emmanuel Babled presented Prime Matter, a solo show of the limited editions of the French designer, including the striking installation in the image, produced by Vetreria Vistosi of Murano.
At Piazza San Fedele, Ford Motor Company commissioned Attilio Stocchi to make the installation “Favilla, ad ogni luce una voce”: multimedia projections that investigated the multiple ways light can move in space, but also natural phenomena like photosynthesis and the rainbow.
At the new Residenze Litta (designed by Michele De Lucchi), Zillij’, beautiful bi-functional objects in stainless steel (like cymbals) used in the daytime as parasols and at night as reflectors, designed by Magenta Ideal Form Workshop of Jerusalem.
At Spazio Rossana Orlandi, Alessandra Baldereschi presented “Grandmother Tips” that involved the recovery of old natural recipes, based on aromatic herbs, contained in objects useful for housekeeping and healthy cooking.
Francesca Campioli, the creator of LaMiaMe, i.e. personalized and jointed doll-jewelry, like avatars of their wearers, presented “Skizza la tua anima fashion” for the FuoriSalone in her atelier on Via Cusani: artistic interpretations drawn with pencils, with Fabio Ki and Giuliana Pignolo.
#Design #Projects