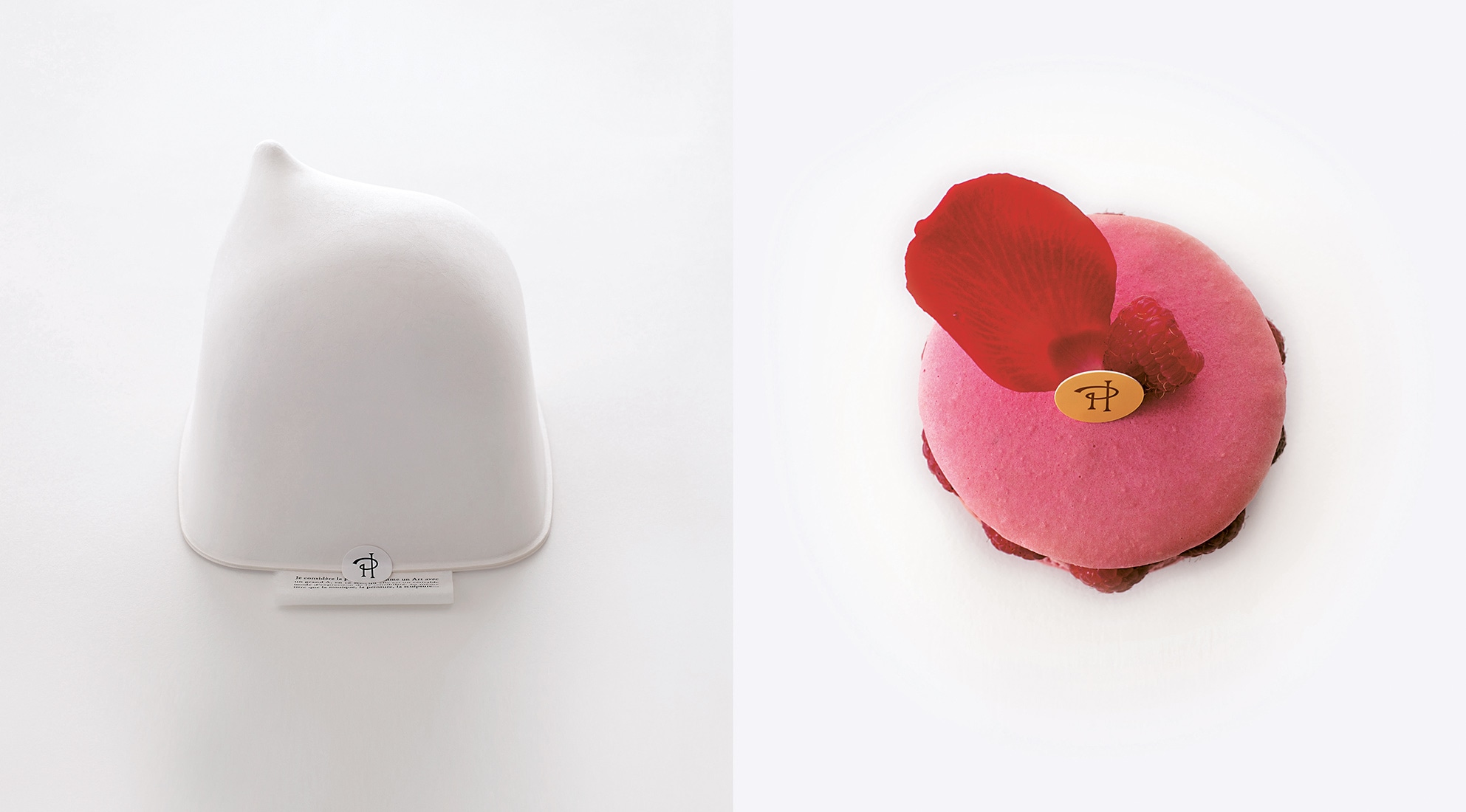 A Japanese designer and graphic artist, founder in 1991 of the Hara Design Institute, art director of Muji since 2002, vice-president of the Japan Graphic Designers Association, author of many books on design and curator of important exhibitions, Kenya Hara, together with Andrea Branzi, has curated the exhibition Neo-Prehistory – 100 verbs at the Milan Triennale until 12 September.

The show narrates the history of humankind, from the Stone Age to the present, through 100 verbs that represent the desires of man, corresponding to 100 objects created by man. We asked him about the exhibition and, more generally, about the meaning of design today.

A short definition of Neo-Prehistory?
A poetic composition in a solid form. Japanese poetry has very rigid rules. 100 verbs and 100 objects are the rules with which Andrea Branzi and I have composed our poetry duet.

What type of relationship can there be between Kenya Hara and Andrea Branzi, two designers and theorists with strong personalities, belonging to different cultures? Is difference a resource to conserve or a bridge to cross?
I knew the name and the personality of Andrea Branzi, and his activity, but the first time I had a chance to talk with him was for the Neo-Prehistory project. When Andrea Cancellato, general director of the Triennale, asked me to curate a show together with Branzi I was surprised. I agreed because I was curious to understand the reasoning behind it all.
The idea for the show comes from a shared desire: to design, in this historical moment, an image of the world. We come from deeply different backgrounds and we have different, very specific professional skills, but this agreement of purpose was the thrust for the project we have developed.

In the catalogue of the exhibition you wrote: “With 100 verbs and 100 instruments we have tried to describe the desires of humanity.” In an essay from 2011 entitled “Education of Desire” you say it is possible to improve the quality of desire with the aim of influencing the quality of objects. How would this process work?
I believe that design, rather than creative work, is a form of work capable of stimulating a reawakening, of triggering a focus on the everyday life of people. Among many living beings, only man can create the environment in which he lives. What kind of culture and intelligence is needed for men to create their own environment?
Cities and inhabited spaces are not made under the guidance of a brilliant urbanist or a political leader, but are the result of the lives spontaneously lived by multitudes of individuals. The city is a reflection of the desires and hopes of the people who live in it. This is why it represents the average level of existence desired by ordinary people.
So it is necessary to see things beyond the desires of ordinary men and to put oneself in an attitude of ideal sharing with people. This openness to sharing might be called education of desire.

When you wrote, in 2011, that the house is like a fruit that becomes a tree growing on the ground of desire, you make a link between a fruit and a home. Every place is special and unique, and even if the fertilizers are the same, the trees that grow will be different, depending on the nature of the soil and the land. Does the architecture of the home have to have a relationship with the nature in which it is inserted, more than with the life of the inhabitants?
The relationship between the nature of the territory and the life of inhabitants is very profound. Climate, environment, politics, religion and so on are factors that determine the nature of the place, but the most important thing is the history of the people who live there: how they have lived, nurturing which desires. In Japan, during the Edo period which lasted almost 300 years, folk culture flourished, and the dream of a zero-emission energy cycle could become a concrete reality. I believe this result was closely connected to the quality the territory had taken on.
I mean that the Japanese people, in that period, rather than aspiring to nobility or possession of precious things, wanted to find happiness in simplicity, modesty and thrift. These were the ideals that forged the popular culture of the time. I think this lifestyle can be a starting point for the development of every city and to construct a model of energy saving similar to that of the vehicles produced by the Japanese auto industry, characterized by compact forms.
Japan is an insular country: we are island dwellers and we continue to have an essentially rural mentality. As such, we tend to not want to take responsibility on the international scene. Ours is a timid country, filled with people who are worried about what others think of them. The industrial products made in our country are qualitatively stable, and function quite well, but they cannot have an influence on a worldwide level.

Considering the values related to age and level of maturity, how is it possible to speed up and improve the latter?
I don’t know. I began to teach at the university in 2004: the students are already digital natives and also social network natives, but they are anxious about the future, they fear being swallowed up by the world of communication, subjected to endless acceleration. Also capitalism is no longer able to conquer new frontiers, and seems to have lost its verve.
The most important question does not lie in the chronological age of people, but in awareness of what chapter we are now facing in the history of humankind. I think we are living through the final phase of the autumn of capitalism. As always, something new is born out of chaos, and through the growth and ripening of this novelty the regression into winter begins. Our era is marked by this regression. Obviously, after de-growth, new growth awaits us. This process does not mean destruction or definitive decline. Ours is a very slow regression, aimed at rebirth.

What is the relationship between an anthropological exhibition like Neo-Prehistory and the project Architecture for Dogs, a playful new approach to the relationship between dogs and human beings?
Architecture for Dogs is an example of ‘architecture for’: in this case the targets are dogs, but they could be infinite. I tried to designate dogs as the beneficiaries of this type of architecture, simply because everyone knows the theme, but the dog represents a metaphor for a much broader theme. Through the project of the exhibition Neo-Prehistory I realized, faced with the growth of studies on artificial intelligence, that humankind is approaching the last chapter of an era of universal history. Probably man begins to foresee the death of the human race in the moment in which he is no longer capable of moving in the direction of the new.

Among the 100 verbs and 100 tools of the exhibition Neo-Prehistory, there are some striking combinations: “to take care” associated with an old doll, “to work” with a Remington n.12 typewriter, “to take risks” with a poker machine, “to fascinate” with a bottle of Chanel n.5, “to beautify” with a handbag, “to commemorate” with a Compasso d’Oro, “to pretend” with two pairs of fake eyelashes. A choice that alludes to an ironic, benevolent consideration of human weaknesses?
In some way we want to consider these symbols, they are not chosen to express irony. The closer you get to the contemporary condition, the more the meaning of the verbs, i.e. the content of the desires, gets complicated and, at the same time, weaker.

Is there a relationship between the invention of objects and the development of manufacturing skills, but also of inequality and social differences?
Capitalism, generated by a long, complex process, has reached the end of its life span. The last boundaries of wealth have vanished for some time now, but the world economy, though concerned about the overall negative situation, is still groping in search of a future. The changes that intervene at a structural level in a capitalism deprived of its boundaries are maximizing the inequality between the haves and the have-nots.

Can good design be of service as an antidote to social inequality?
It cannot be an antidote, but it could represent a useful possibility to stimulate a reawakening of awareness. “To visualize and to awaken” is a mantra I constantly repeat. Today, this motto could have a leading role in the birth of new ferment in the world of design.

Macaroon packaging by Pierre Hermé, Paris, 2014; printed by hand, featuring delicate, sinuous curves. Sold exclusively by Pierre Hermé.
Portrait of Kenya Hara.
View of the exhibition Neo-Prehistory - 100 verbs, curated by Kenya Hara and Andrea Branzi for the 21st Milan Triennale (2 April – 12 September 2016).
Tatamiza chair in curved wood, without legs but with an ergonomic back. Created for the tatami floors in the studio of Kenya Hara.
Bathtub for Lixil, presented in Milan at the Salone del Mobile in 2012, with a particular surface effect similar to foam.
#Design #Projects #architecture