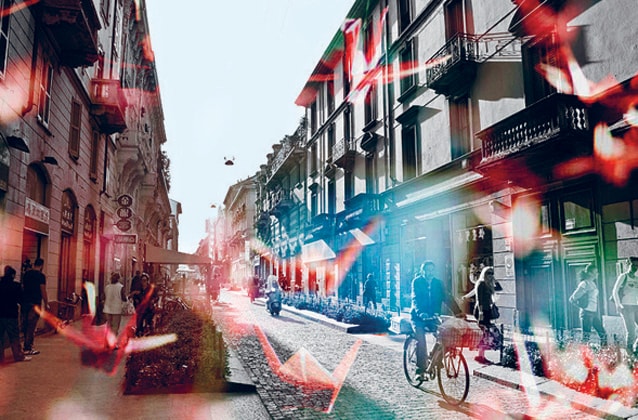 The 2013 edition of the FuoriSalone in Milan saw the birth of a new design district, Sarpi Bridge Oriental Design Week, located in the most ‘Chinese’ part of the city.

The aim of the organizers – the collective Tomato Catch Up, 2HB Architetti, Shiina Nardi Design and the studio Akka – is to create an axis of exchange between Orient and Occident, a two-way street for design, culture and business, sharing projects not just from China, but also from Korea, Japan and Iran, in this first edition. Among the events, “J+I: 6 Japanese Designers + Great Italian Artisans” featured Japanese women designers working with outstanding Italian companies in the furnishings sector, using wood, wrought iron and Murano glass to create refined objects. Cantiere FuoriSalone welcomed projects by oriental designers, selected because they are produced by Italian craftsmen, while OffiCINA-fusion Design Lab invited young Chinese designers studying in Italy and Italian designers who have studied in China to create objects to encourage interaction of the Chinese communities in Italy. One particularly visionary initiative was the exhibition Insectida, where amidst hammocks like spider webs and diaphanous screens like dragonfly wings, various designers – including Luciana Di Virgilio, Roberto Giacomucci, Kurokawa Masayuki, Tomoko Mizu, Lorenzo Palmeri and JoeVelluto –presented their thoughts on the theme of insects, whose dynamics of social aggregation offer a model of ‘distributed subjectivity’ that lends itself to encourage understanding of web phenomena, seen as a diffused occasion of encounter for the cultural specificities of the whole planet, in a perspective that sees diversity as nourishment for creativity, thanks to a pattern of ‘bridges’ on which designers, producers and cultural operators can not only be ‘in’ a network, but actually ‘be a network.’

Above and to the side, some of the 105 mosquitos in human size, protagonists of the installation by the Korean artist Daeyoung Kang for the exhibition Insectida.
#Design #Projects