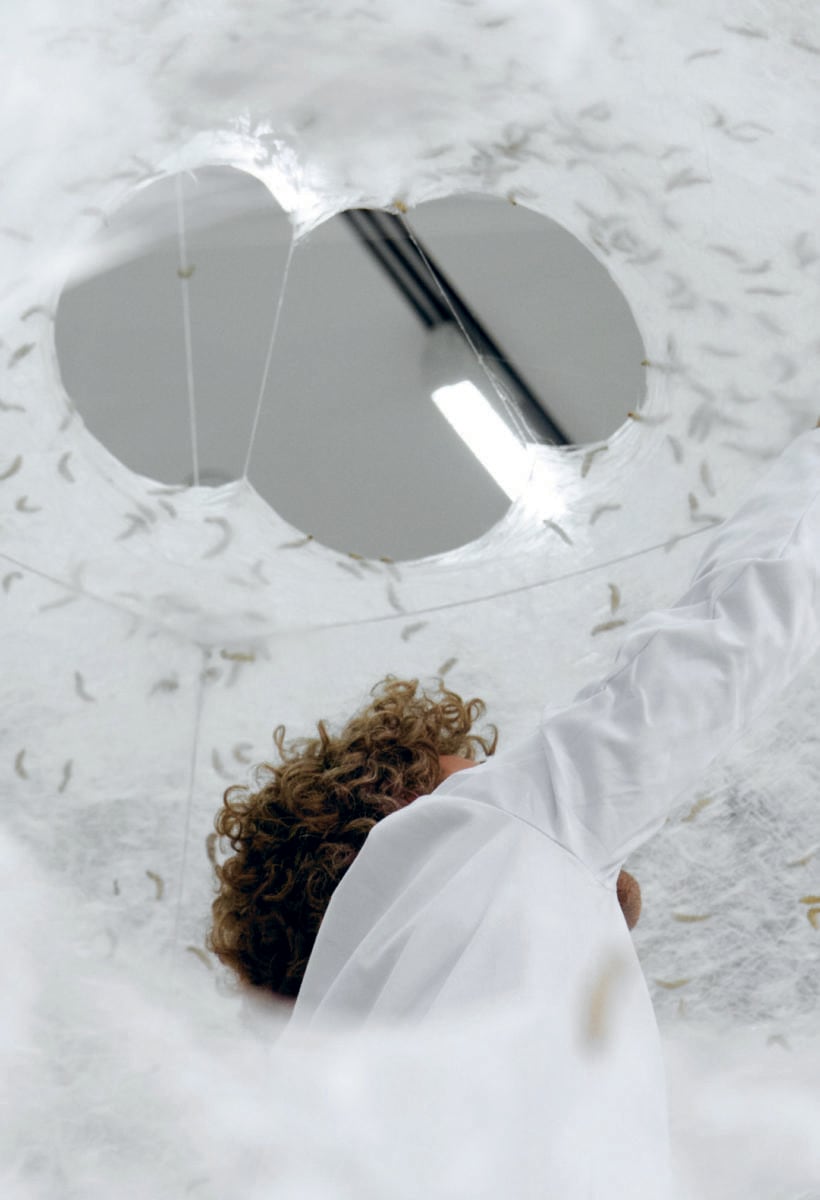 It took a major, revolutionary exhibition to bring Paola Antonelli back to Milan. Exactly in the place where 29 years ago she began a career that has made her the Senior Curator of the Department of Architecture and Design of MoMA New York, and an outstanding representative of Italy in the world.

The well-known curator will put her signature, in fact, on the 22nd International Exposition of the Milan Triennale, entitled Broken Nature: Design Takes on Human Survival, from 1 March to 1 September 2019.

A show that wagers on a wider, more contemporary perspective on design, with respect to that which Italians usually associate with the world of the home. The idea is to put the historic Triennale, which resumed in 2016 after twenty years of silence, onto a truly international level. We talked it over with Paola Antonelli.

“The underlying consideration is that we have tormented and twisted our relationship with nature. In the process of monitoring and salvaging of the bonds of this relationship, design could play a fundamental role, but unfortunately it is nearly always excluded from the most important decision-making processes that have an impact on our future.

The Triennale of 2019 can become a great opportunity to explain what design can offer the world. There is a new type of creativity that brings together all the scales of the project, represented by a metabolic cycle in which design, art, architecture, engineering and science nourish, contaminate and inform each other, generating a new mode of design activity.

There is no longer a vertical ranking of the disciplines, but extensive collaboration, and this is precisely what we want to represent with the exhibition “Broken Nature,” based on the idea that only by reuniting all the forms of knowledge in a single overall vision can we truly influence the mentality and behavior of human beings.”

Have you already thought about the exhibit formula of the show? What innovations would you like to bring to Milan, taking advantage of your experience in New York?
We would like the project process of the exhibition to be open to all. This is why we will create an online platform where we will publicly illustrate our reasoning and give the public a chance to express its views.
The job of the curators is no longer to say what is right and what is wrong, but to provide stimuli to help people make their own judgments and to understand in which direction we need to move. I believe that design, in all the senses of the term, has this power: it can make people feel like they are a part of things, stimulating everyday behaviors, even on a minute scale, so everyone can work towards a better future.
My experience at MoMA has helped me to understand that the public is much more interested in knowing how the definition of an exhibition was reached than in simply visiting a completed show.

Today people are talking about design in the Anthropocene epoch, namely post-industrial projects that genetically incorporate natural and artificial processes generated by the action of man on the environment. Is this what you want to illustrate with your exhibition?
That is precisely my viewpoint. I believe that in biological and behavioral terms the human race is destined to become extinct. And I think design can help us to program a more elegant demise, so that the next dominant species will remember us with a bit of respect, at least for our dignity and concern.

Would you have returned to work in Milan had the city not become what it has become over the last few years?
Yes, if the Triennale had made me a similar proposal. Also because, after all, I am Milanese. In any case, this project arrives in a particular favorable moment: MoMA is implementing an expansion plan, so the museum sees the possibility of creating a laboratory on sustainability and incubation of ideas, to develop later in New York, in a positive light. This is why they agreed to loan me to the Triennale for a year and a half.

You have always said that design is everything and everywhere. In Italy, though, people continue to think of design in terms of decor. Do you think this exhibition can change that viewpoint?
It is useless to make big proclamations and to try to convince people a priori. The only way to trigger change is to start to propose examples that can then lead to something else.

In your view, does Italian character still have a value in terms of design?
When I reached New York and began to work for MoMA the simple fact of being Italian gave me credibility. Though things have changed profoundly over the years, I think Americans continue to appreciate and admire the ‘vulnerability’ of Italian design culture. Above all, its innate sense of beauty.
The next International Triennale will allow Milan to roam the world and will bring the world to Milan. Though we have a debt to nature (and human nature), we do not have to feel forced to deny ourselves aesthetic and sensual pleasure. We are Italians and we want to show the world that ethics can go together with aesthetics