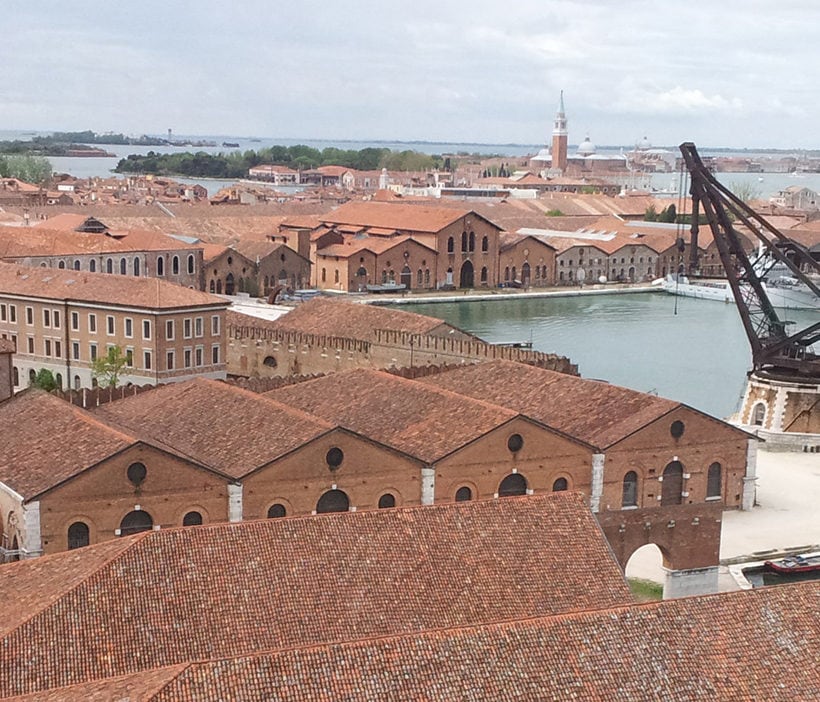 In an exclusive interview, Yvonne Farrell and Shelley McNamara, curators of the 16th International Architecture Exhibition talk about Venice (a dream), architecture (socially engaged and generous), and their Biennale Architettura (a reflection on freedom shared with 71 architects)

We reached them by Skype at their studio in Dublin to talk about the upcoming Venice Architecture Biennale. Yvonne Farrell and Shelley McNamara have worked together for 40 years. Founders of the famous firm Grafton Architects, they have produced many important projects, often for the field of education, winning many awards (in Italy, their facility for Bocconi University was opened in Milan in 2008).

This year they are the curators of the 16th International Architecture Exhibition (25 May – 26 November 2018), and they have selected the theme ‘Freespace.’ A title that alludes to many interconnected ideas: freedom, generosity, support for the wellbeing and dignity of people.

What does Freespace mean and how is it expressed in your work?
Shelley McNamara. It is an open, social space. There is no one definition, but in our experience it is a space that goes beyond what is strictly necessary. A space that doesn’t even need to have a specific function, except that of bringing people together, making them meet.

For example?
In the project for Bocconi University in Milan, to use an Italian example, we could define the space created between street level and the internal zone for conferences as ‘Freespace,’ facing the outside through a large window: this is the space that allows the life of the city to enter the university, to connect the inside and the outside, citizens and students.
At the time we were still not using the term Freespace, but the idea was already an intrinsic part of our work. I remember that in that period of frequent trips between Dublin and your city – you are from Milan, right? – to work on the Bocconi project, we liked the ‘free space’ we discovered in the Broletto (the monumental complex from the 13th century facing Piazza dei Mercanti, ed). A place without doors, a sort of market open to the city. So we thought: “Wouldn’t it be marvelous if at the university one had the same feeling?”
Designing the university in Milan, however, we also thought about the terrace at the top of the cathedral: a completely different Freespace, theatrical, incredible, a public square suspended in the sky of Milan.
So in our ‘manifesto’ of the Biennale Architettura 2018 we wanted to emphasize that Freespace can take on different values and definitions: there is the free space of thought, that of history, that of time. But there is also the free space of imagination, because as architects we have to go back in time, to learn from history, but we also have to look to the future. Which for us means imagining spaces that are suitable for the community, for people who need shelter, a home, a university, a school…

In short, the idea is to re-examine and then to stimulate a new vision of architecture?
Yvonne Farrell. Certainly. While Shelley was talking about the free space of history, I was reminded of that beautiful monastery just outside Florence (the Charterhouse at Galluzzo, in Val d’Ema, ed.) we visited a few years ago, a place that also impressed Le Corbusier precisely for that idea of symbiosis between the individual and the community. Because the monks were able to live there like hermits, but inside a collective context. That monastery inspired us to design a school constructed just outside of Dublin, our city. In this project we decided to ‘give’ each class a small open space, a sort of independent micro-room where the children – the most timid ones, perhaps – could be ‘isolated’ from the group, or could find the strength and the opportunity to meet with others…
Starting from these work experiences, the idea arose of thinking about additional, free spaces which as architects we can invent, but above all propose and ‘deliver’ to our clients without any specific requests. Spaces that do not come from the immediate need to construct a building: new inventions, places that for the future we would like to see becoming absolutely common, normal. In short, we would like every inhabitant to be able to ask: “where is my free space in this project?”

What is the main obstacle to achieving this goal?
S.M. Clients often associate architecture with its aesthetic value: if the design is chic, the status achieved in the society is higher. We are interested in something else: the right to benefit from architecture should not be based on ownership. There exists a civil or civic duty, whether it is a bank or a house or a school… Every project has to be capable of granting something to the context in which it arises, to the community to which it belongs…
Y.F. Exactly. We are not interested in works of architecture as objects. We think about the spaces they generate, free spaces, always different, where people can meet and establish relations.

Could you give us a concrete example?
Y.F. Well, I am reminded of the university we made in Lima, Peru (University Campus UTEC, opened in 2016, ed). We were very pleased to win the competition for that project, because we had the possibility to think about our Freespace in a different way than in our projects for other universities. Lima, in fact, is close to the Equator, it seldom rains, and there is wind from the Pacific: the distance between inside and outside tends to blur, so we decided to move as many parts as possible out of doors, freeing up interior space. The result is a project closely linked to its context. Because Lima is not Antarctica, and what is needed is architecture that is capable of ‘reacting’ to the place where it is built.

Regarding Venice, what is its Freespace? How have you approached this special city?
S.M. Venice is an incredible experience in itself, and it has definitely influenced our way of thinking about and planning the exhibition. The city is Freespace at its highest degree, because it is continuously being transformed: it is foggy, dreamy, but then it is suddenly flooded with light; and its light is different, it captivates you with the reflections on the canals, bringing an aquamarine hue… What we have tried to do was to grasp the mutable atmospheres of Venice…
Y.F …and, I would add, to grasp the relationships that happen between people. In Venice one becomes more aware of spaces and the people who use them because there is no automobile traffic as in a normal city: if we think about the enormous capacity of this city built on water, without streets filled with cars, to welcome people from all over the world, we are fascinated and perhaps we could find new solutions to solve some of its problems.
For example, thinking about the idea that tourism is not just ‘looking at’ buildings, but also at people. So the discussion should focus on how Venice can be a city where families can live alongside the tourists who come and go. I think the two dimensions can coexist. Venice should remain a living city, not becoming a victim of its own success. We have visited Venice many times, but on one of the last trips we arrived very late, after a long, tiring day: we were exhausted…
It was after midnight, and as we went by boat to our hotel we could see the sleeping city. At times a light would appear, and then go off, leaving room for the night. In the end, standing on the pier, we felt as if we had been reborn: that ‘voyage’ seemed to have filled a space inside us. Do you remember, Shelley?

The Dublin-based duo Grafton Architects: from left, Shelley McNamara and Yvonne Farrell.
View from above of the Gaggiandre, the two imposing roofs over the water at the Arsenale: since 1980 this has been the location of the International Architecture Exhibition of La Biennale di Venezia, together with the historic area of the Giardini, towards the eastern edge of the city.
An image of Università Luigi Bocconi, built in Milan in 2008 and designed by Grafton Architects: the large glazing on street level creates a symbiotic relationship between the city and the educational activities conducted inside the university building.
A project sketch of Università Luigi Bocconi.
The award-winning campus of the Utec University of Lima, also by the Dublin-based duo: the project completed in 2016 stands out for its balanced arrangement of volumes in reinforced
The award-winning campus of the Utec University of Lima.
#Design #Projects #Milano