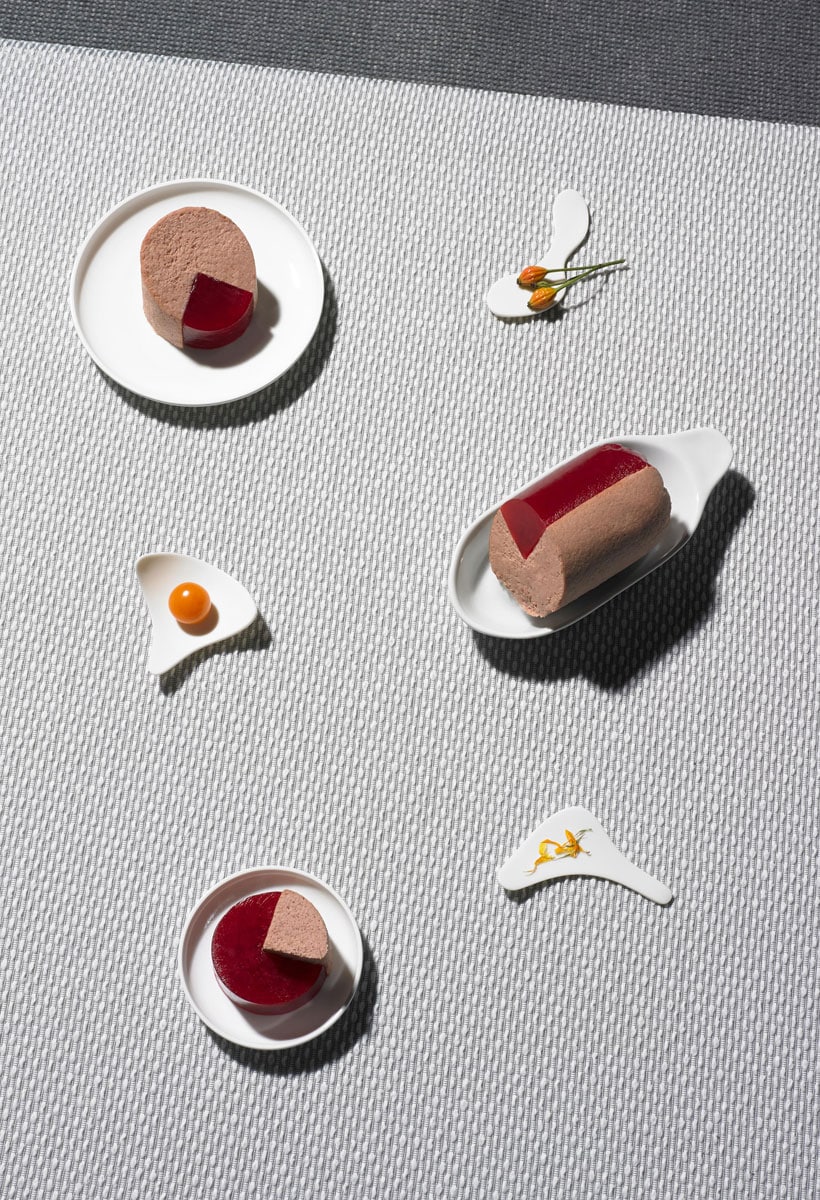 #design
Future Farming
Rural territory is the next proving ground of design. This is the theme of the exhibition curated by Rem Koolhaas at the Guggenheim Museum in New York, slated for 2019. Designers propose alternative foods and practices of participation to shed light on the ethical and environmental implications of the cultivation and consumption of food

Agriculture is responsible for 40% of greenhouse gas emissions produced by man, with half the figure coming from the raising of livestock. Deforestation and intensive utilization of pastures lead to carbon emissions from plants and biomass.

If in 2050 it is estimated that the worldwide population will reach 9.2 billion, the pursuit of a more ecological, ethical and efficient way of feeding mankind becomes urgent indeed. Re-examining the notion of agriculture in the light of new methods of cultivation and different nutritional practices, as one of the basic factors of a sustainable future.

More and more designers are investigating these themes in a more or less speculative way, with the goal of proposing alternative scenarios ‘from the bottom up’ in the awareness that change can be triggered by off-grid, self-sufficient ecosystems. 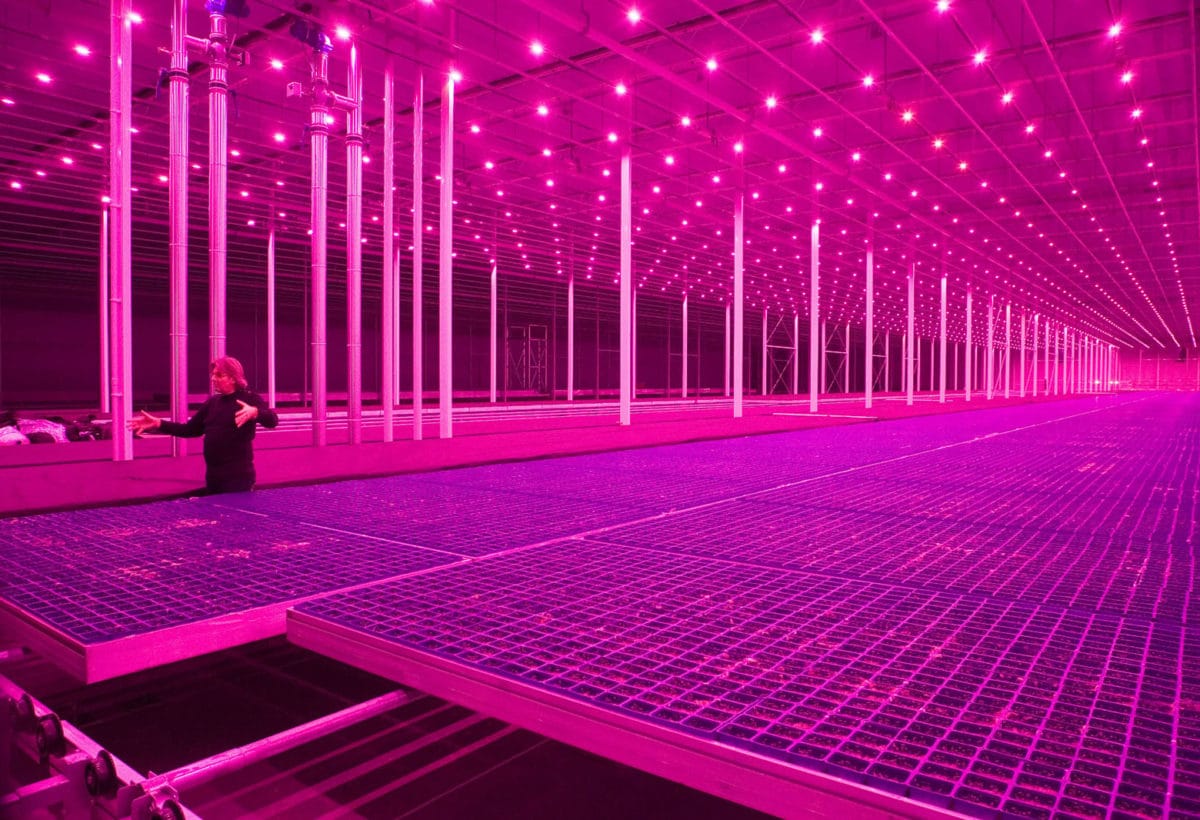 4
Rem Koolhaas and AMO curated the exhibition “Countryside: Future of the World” at the Guggenheim Museum in New York (fall 2019), investigating the causes of profound transformation of non-urban territories in the world.

The Dutch food designer Marije Vogelzang, curator of the Embassy of Food at the latest Dutch Design Week, says: “Most people imagine that the future will be determined only by higher powers: government, politicians, corporations. But our culture of food, actively recreated every day, is made by individuals. Designers will not save the world, but they can be creative connectors that interrupt the present nutrition system, encouraging changes of behavior and presenting alternatives.”

One of the first initiatives developed in this direction was the Protofarm 2050 conference of Design Indaba in 2009, where the duo Dunne & Raby presented the project Foragers: a series of wearable tools capable of extracting nutritional value from organic matter not usually considered edible, combining basic tenets of synthetic biology with new electronic and mechanical devices.

Similar experimental research is now being conducted at The Centre for Genomic Gastronomy, where a group of experts guided by artists examines the biotechnologies and biodiversity of human nutritional systems.

Only 2% of the surface of the planet is composed of cities, containing 50% of the world population. But how is the non-urban landscape evolving in this era dominated by the intervention of man? Rem Koolhaas is addressing this question with AMO, the think tank of the studio OMA which he helms, and in the fall of 2019 his team will occupy the entire space of the Solomon R. Guggenheim Museum in New York with the exhibition “Countryside: Future of the World.” 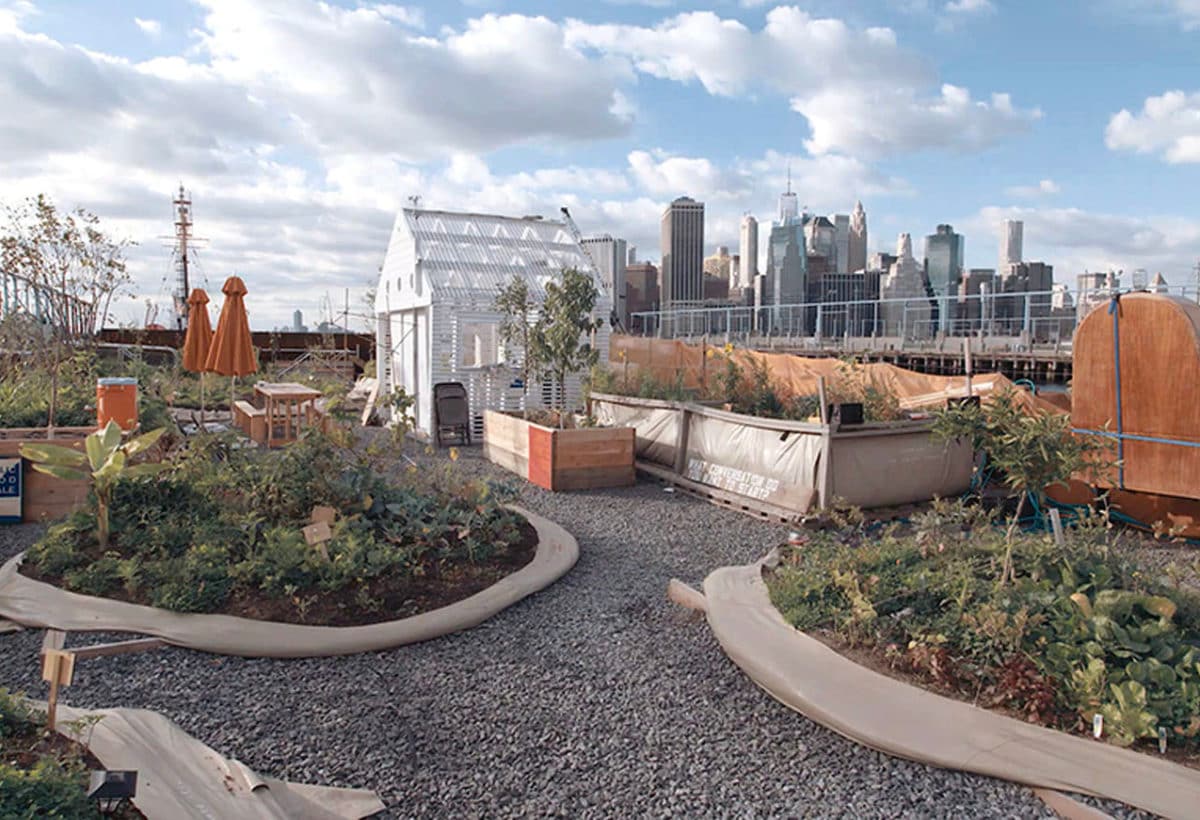 In an attempt to reconnect ‘urban man’ with agriculture, Carlo Ratti Associati has made a hydroponic greenhouse for FICO Eataly World in Bologna. Every visitor can plant a seed in the greenhouse and control its growth thanks to an app connected to a series of sensors that record the growth process.

Another attempt at this is the barge garden of Mary Mattingly at Concrete Plant Park, Bronx River, New York City. Swale – that is the name of the ‘floating food forest’ – has been created thanks to a non-profit association, ABOG (A Blade of Grass), founded in 2011 to promote socially engaged art and projects that can bring social change.

Will we be entomophagous in the near future? The Danish non-profit organization Nordic Food Lab has just published the book On Eating Insects for Phaidon, demonstrating that eating bugs is closer to our nutritional culture than we might imagine, and represents a choice of biodiversity that can activate processes of global food sustainability, considering the increase in nutritional needs forecast around 70% by 2050 (FAO).

Studio H, a group of food designers from Cape Town (South Africa), has presented the project of a food pantry in collaboration with the Dutch Salt Farm Texel, which over the last ten years has produced vegetables irrigated with sea water.

With Plant15, the Dutch designer Doreen Westphal proposes vegetable sausages made from the scrap of oyster mushrooms cultivated in Holland, maximizing local industry. Likewise, the ECAL graduate Carolien Niebling has designed, in collaboration with the chef Gabriel Serero of Lausanne, future sausages containing few proteins from animals, shedding light on the ways with which this food with historical roots in the culture of many European countries is made.

The production of food has always been a matter of design.