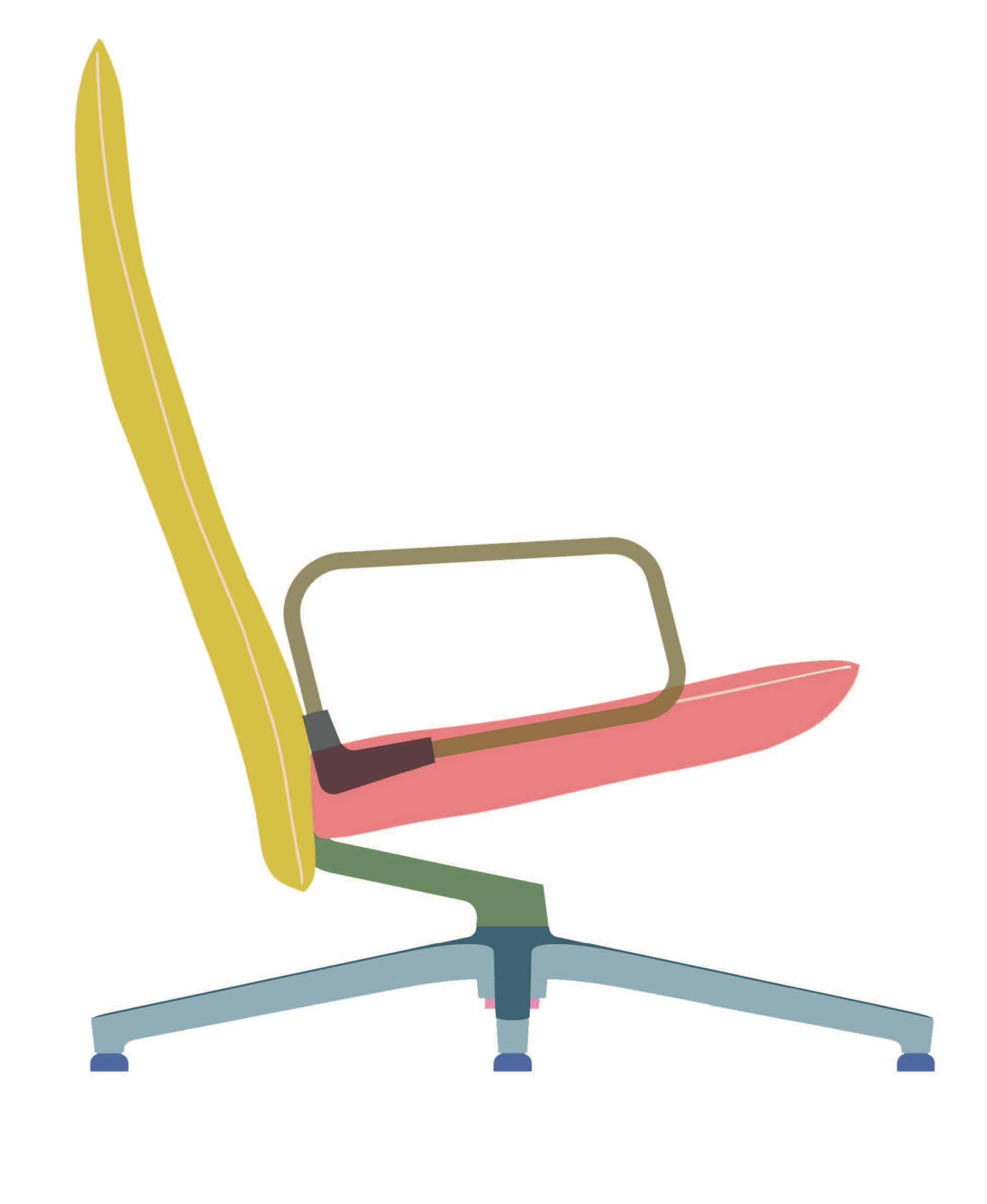 A chair designed by Edward Barber & Jay Osgerby and an exhibition for the centennial of the birth of Harry Bertoia with exhibit design by OMA. Knoll moves forward with its cultural heritage , as a pioneer of modernism and exponent of contemporary design

Modern furniture for modern architects. This was the insight of Hans & Florence Knoll, who after World War II began to transform their family business, realizing that functional quality and design not only have to work together, but should also have equal importance. The couple turned to great modern architects like Mies van der Rohe, from whom they purchased the production rights for the Barcelona armchair with footrest in 1948, Harry Bertoia and Eero Saarinen, friends since the time at Cranbrook Academy of Art, entrusted in the 1950s with the development of a series of furnishings that would become milestones in the history of design.

Through collaboration with such outstanding talents, and major initiatives like the acquisition of Gruppo Gavina in 1968, the company consolidate its position on the international scene, and began production of furnishings by the likes of Marcel Breuer, Cini Boeri, Tobia Scarpa and Kazuhide Takahama. Timeless products by the pioneers of modern design have been joined by contemporary perspectives, including recent creations by Rem Koolhaas and David Adjaye, after the work of Frank O. Gehry in the 1990s.

The London-based duo Edward Barber & Jay Osgerby, after designing a collection of sofas in 2013, is back today with a lounge chair on a swivel base, an innovative piece at a competitive price, idea for use in the home and in contract applications. The designers explain that “it is somehow a classic lounge chair, but without having a cumbersome shell chassis. It is composed of a series of smaller component inserted in a simple structure.

With the engineers of Knoll Europe we have developed a system of four parts – seat, back, base and armrests – that pivots thanks to a die-cast aluminium T of minimum thickness. The advantages are rapid assembly, easy replacement of parts and compact packaging. The seat is cantilevered over the frame and flexes downward when occupied. The back, made with an apparently flat panel, is also very flexible. The overall images is one of lightness, with a wide range of coverings, as well as an upholstery option, making the chair perfect for a wide range of settings.”

Barber & Osgerby have approached the cultural heritage of the brand not by asking how their project could adapt to the achievements of the past, but how it could reflect the demands placed on contemporary furnishings, with the greater focus on requirements of logistics, flexibility and competitive positioning, with respect to the 1950s. “We are designing for a different culture, though our chair has to be an apt addition to the Knoll catalogue at the same time.”

A catalogue full of articles they have admired throughout their lives, like Gehry’s collection in curved maple, which Edward Barber says is “elaborate, incredible and beautiful, with its roots in the legacy of Thonet and Hoffmann, but also with the charisma and freshness of the 1990s.” Or the seat by Bertoia, “a pragmatic application of the artistic mind in industrial production,” Jay Osgerby comments.

Since the outset under the management of Hans & Florence Knoll the company has moved forward with research on the office and the home, with the goal of interpreting the needs of those who use spaces, in keeping with cultural changes. Living and working environments seem more hybrid and dynamic today, a characteristic aptly addressed by the system Tools for Life designed by Rem Koolhaas in 2013: an interface between people, more than a matter of furniture, aimed at stimulating interpenetration of work and social contact, while adapting to the needs of both.

Demetrio Apolloni, president of Knoll Europe, emphasizes that the company has grown in both the residential and office sectors. “The approach,” he explains, “is that of putting the accent on the Knoll lifestyle. On the domestic front, for example, there are wide margins for the study of materials and textures, and the concept of total living, with offerings ranging from furnishings to complements to fabrics. In this strategy, analysis and expansion of our presence on the markets of Africa, the Middle East and the Asia-Pacific region become fundamental. Where the office is concerned, this year we are launching ReGeneration, already presented last year in the United States, to round out our offering of office seating.”

Growth and internationalization have always been part of the company’s DNA. Already in 1951 Knoll had opened affiliates in France and Germany, to take part in the projects of European reconstruction; expansion on the old continent continued in 1956 with the opening of the first showroom in Milan. This path has recently led Knoll to create its own spaces inside the facilities of major dealers in cities like Brussels, Munich, Lyon, Cologne and Courtrai, with more openings slated for 2015.

“Regarding the brand,” Apolloni continues, “the goal is to reinforce identity in the territory. A first step has been to bring uniformity and consistency to the London, Paris and Milan showrooms. After the renovation of the corporate showroom in Foligno, we have done visits with our clients to transmit our values firsthand, like the quality of craftsmanship, the working of marble, leather and metal, factors that have made Knoll unique.”

As a tribute and as a way of renewing its own history, this year the company is celebrating the centennial of the birth of Harry Bertoia, with an exhibition in the Milan showroom during the FuoriSalone, featuring exhibit design by OMA. The connection between Hans Knoll and Harry Bertoia began at the Cranbrook Academy of Art near Detroit. At that same school, Arieto (‘Harry’, from Friuli, who moved to the US in 1930) met Eero Saarinen, Charles Eames and Alvar Aalto, and took part in the creation of the exhibition “Organic Design in Home Furnishings” in 1941, a sort of manifesto of the American modernist vision.

The group of designers experimented with the most innovative materials and techniques of the day, such as pressed and shaped plywood, or metal wire used in structural applications. This led to the idea behind Bertoia’s most famous creation, the Diamond Chair, which he called “a real sculpture made of air and steel”. Between 1950 and 1952, the Knolls commissioned Bertoia to design a line of furnishings.

The celebration of the Harry Bertoia centennial is not just a chance for a tribute to this great artist; above all, it is an opportunity to discover the versatile depth of his output. An eclectic personality, he shifted from drawing to sculpture, engraving of jewelry to music, even creating ‘sound sculptures’. Different disciplines approached with a spirit of experimentation, exploring constructive techniques and methods. And a personal vision of art as work to be reproduced on an industrial scale, based on the technologies of the time and therefore inseparable, in approach and aims, from design.