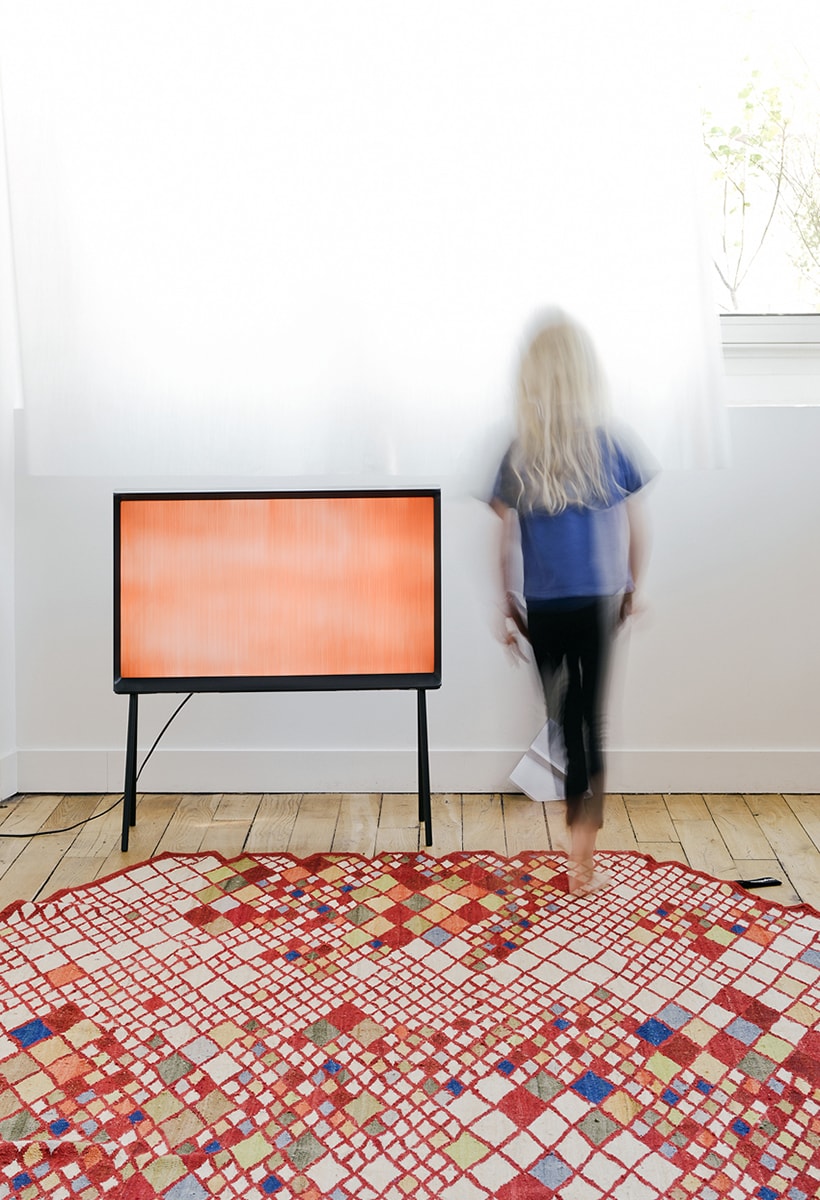 The home in the digital present increasingly resembles the home of the analog past. This is shown in the design of many technological tools that have anthropological and emotional content, leaning towards a focus on materials, craftsmanship and the taste for imperfection

A stewardess moves slowly on a spaceship, hampered in her progress by special footwear that keeps her attached to surfaces and prevent her from floating in weightlessly in the air. She offers a friendly smile as she clambers along the walls holding a tray, to serve lunch to the astronaut who will soon set off in the Discovery, beginning a troubled relationship with Hal 9000, the suave on-board computer in 2001: A Space Odyssey.

That short scene of science fiction folklore, which did so much to help the world imagine a future that seemed very close in 1968, has one clear quality: silence. Or, more precisely: an aural background Stanley Kubrick defined as “industrial noise,” an impeccable expression of the coexistence of man and technology. A silence audio engineers would call red or Brownian noise, used by Kubrick as a counterpoint to louder sounds and voices, and inevitably creating a sense of urgent suspense for the entire duration of the film. That voyage in the relationship between organic and artificial intelligence, after fifty years, still triggers sensations of fear and a sense of rejection. 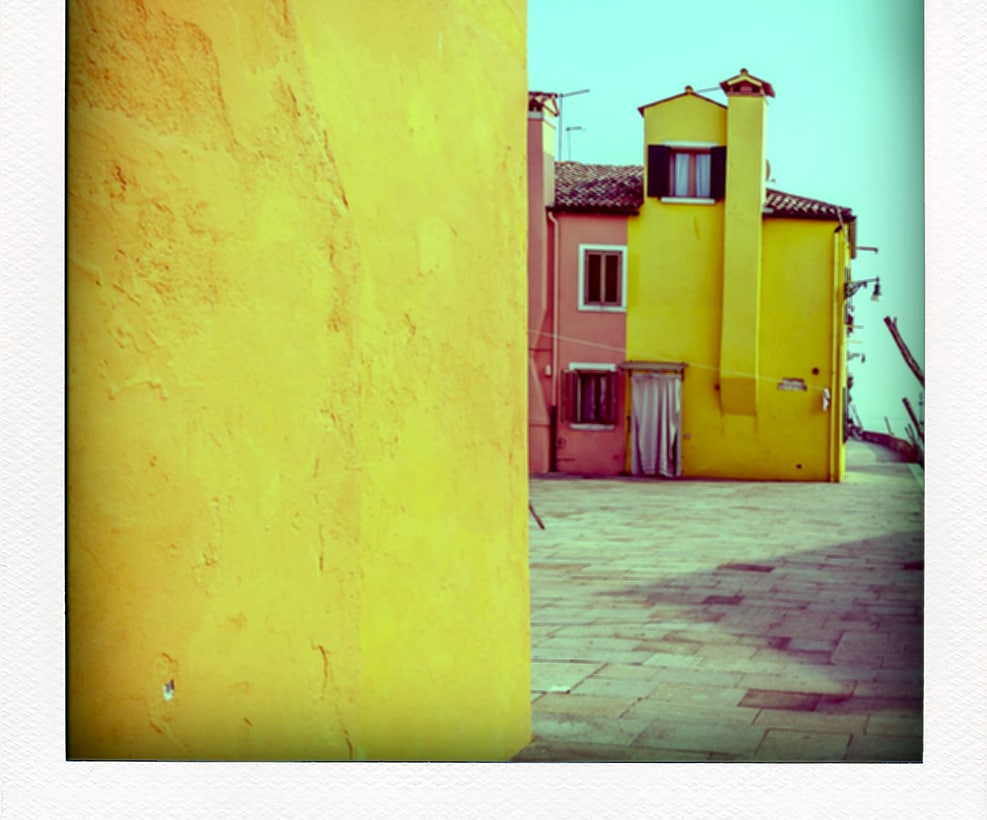 4
Shorts by Michele Di Donato, one-of-a-kind images made with Polaroid Original SX-70 film. Polaroid photography with its unexpected and imperfect results has always fascinated both professional and amateur photographers.

Kubrick imagined the human-technological habitat as a quiet place in which words and gestures should not be wasted. The sounds are muffled, the machines murmur constantly with low frequencies, concealed from view. But by now it is clear that such a world is not pleasing, and that the technology of the 21st century does not resemble Hal 9000, at least when it comes to the technology with which we live, which we use every day in our homes. The level of reproduction and transmission of images and sounds is excellent today, superior to what human beings are capable of perceiving and appreciating. Technology is ‘small’ and tends to dematerialize. The objects that convey it could vanish, making themselves invisible. Yet, unexpectedly, they don’t.

As Stefano Marzano, chief designer and CEO of Philips since 2011, has understood, the home of the technological present is equal to that of the analog past. And the inhabitants of the western world at times seem like Fred Flintstone, with masterfully sculpted stone cars that nevertheless do contain Bluetooth devices and great sound systems. Though some people also enjoy a return to low-tech, to the imperfection of digital archaeology. Rod White, who at Philips TV Sound and Vision continues the work initiated by Marzano, now acting as chief designer di TP Vision, confirms: “For some time now we have imagined designing the forms of technology with a masculine attitude and qualities: straight lines and geometric rationality, no concessions to design considerations not regarding functional content and a resulting aesthetic.” But to forge a European path to the design of technology, first for Marzano and then for Rod White, has meant looking in another direction. “To design a television set means grasping the anthropological content and, above all, getting out of the comfort zone of essential practicality.”

An operation that for White corresponds to an attitude of curiosity, and of interest in the feminine qualities of design. This translates into a dialogue with materials, their craftsmanship, and the forms of traditional expertise that make it possible. The partnership with Georg Jensen, leading to the launch of the Georg Jensen 9104 TV, is the outcome of research on the qualities of matter, its behaviors in relation to the environment, light and forms. An effort Rod White describes as “many hours of research in the archives of Georg Jensen, which bring together know-how around materials and their interaction with forms and light.” An excursion in a design world that would seem to be very distant from that of a tech company, yet necessary. “In this way,” White explains, “I have been able to look at things in a more poetic, metaphorical way, including the presence of manual intervention in a high-tech object.

We hear a lot of talk about ‘warm’ technology, but Rod White is actually suggesting something else, delving into themes that have to do with the social sciences, observing habits, expectations, the behaviors of human beings in their most sensitive habitats. People surround the technology, and include it. The design work makes it possible to balance this relationship, and with minimum or very powerful signs to stay human, even in the face of the perfection of functions. To insist that tech tools should be part of an emotional setting, speaking the imperfect, ambivalent and poetic language of human beings. These tools can be manipulated, felt and loved, also because they are the bearers of qualities of making, using traditional materials. 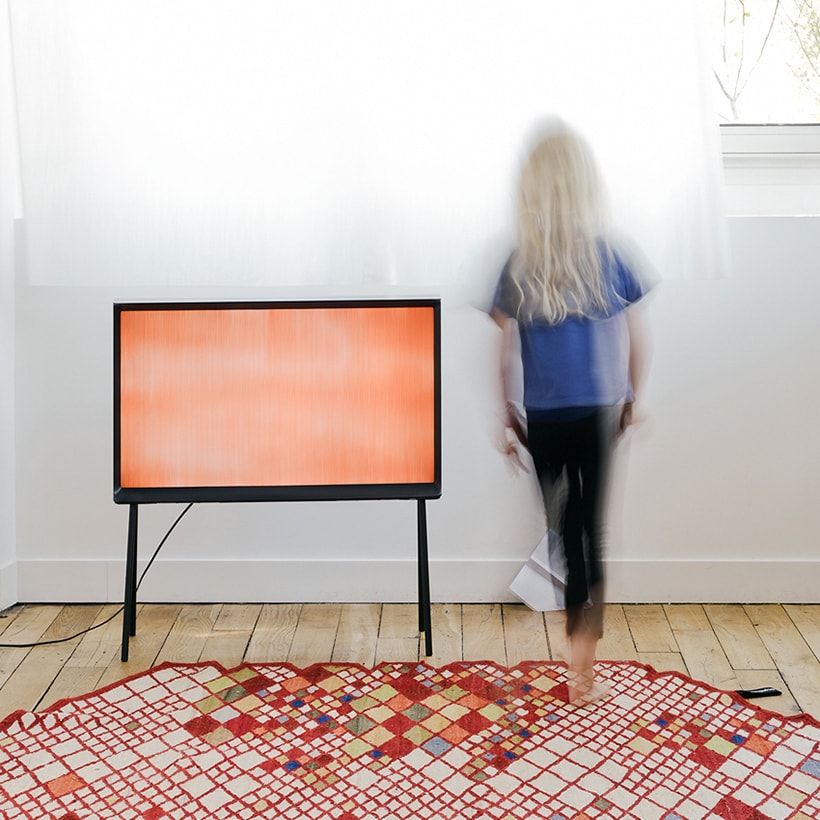 3
The Serif television designed by the Bouroullec brothers for Samsung, a model that becomes a décor object, fitting into the domestic setting. For this new version the French duo has also created the images of the Ambient function.

The history of Victrola is a case in point. The company was founded in 1903 in New Jersey to produce and market ‘voice machines,’ the first record players. Rapidly, in just two or three years, it also became the first music production house: “His Master’s Voice.” Everything would lead us to believe that from vinyl records to digital music files the concept of the phonograph cabinet should be dropped by the wayside. Instead, Victrola is still a producer of furnishings that include audio reproduction. Today the portable players or radio cabinets are equipped with Bluetooth technology, and the sound quality is truly advanced. But on the outside, around the technological core, there is still Victrola, with its fine materials, its painstaking and balanced design of the controls, its accessible, seductive streamlining.

This same idea has informed the work of the Bouroullec brothers, when they designed the Serif television for Samsung. A self-supporting frame that when desired can rest on retro feet, while framing the conceptual images of an Ambient function, it too created by the French duo. An object on which to place objects, to slide into a bookcase like an old photograph, to put in the center of the living for people to walk around it, because it looks great from any vantage point, like a piece designed by Saarinen in the 1950s. The boundaries between analog and digital become increasingly blurry.

Imperfection, manual intervention, the possibility of making high-tech tools disappear and to conceal their presence amongst the other items in the home, leading back to a very human everyday dimension. This is also what’s been done at Polaroid, going back to production of Instamatic models almost without altering the original forms, offering the market a frankly obsolete and basic object, as was typical of the technology of the 1970s. The innovation, instead, has to do with the films, which can now produce a range of different warm, cool, blurred and creamy effects. Take your pick… it is as if Instagram just suddenly went analog. A three- dimensional object that makes photographs you can touch, not images trapped in a social network.

What will we do with it? Probably we will hang it up, like a precious relic, or place it atop a refrigerator with old-fashioned rounded lines, in which to make ice cubes to toss into a glass of traditional soda pop. And the television, in the meantime, impeccably reproduces images and sounds of an episode of Fireplace, by Netflix. The TV-hearth reminds us, in high definition, of the irresistible need for security, warmth and sharing, for human beings who live around and beside technology.

The world is out. The present outdoor