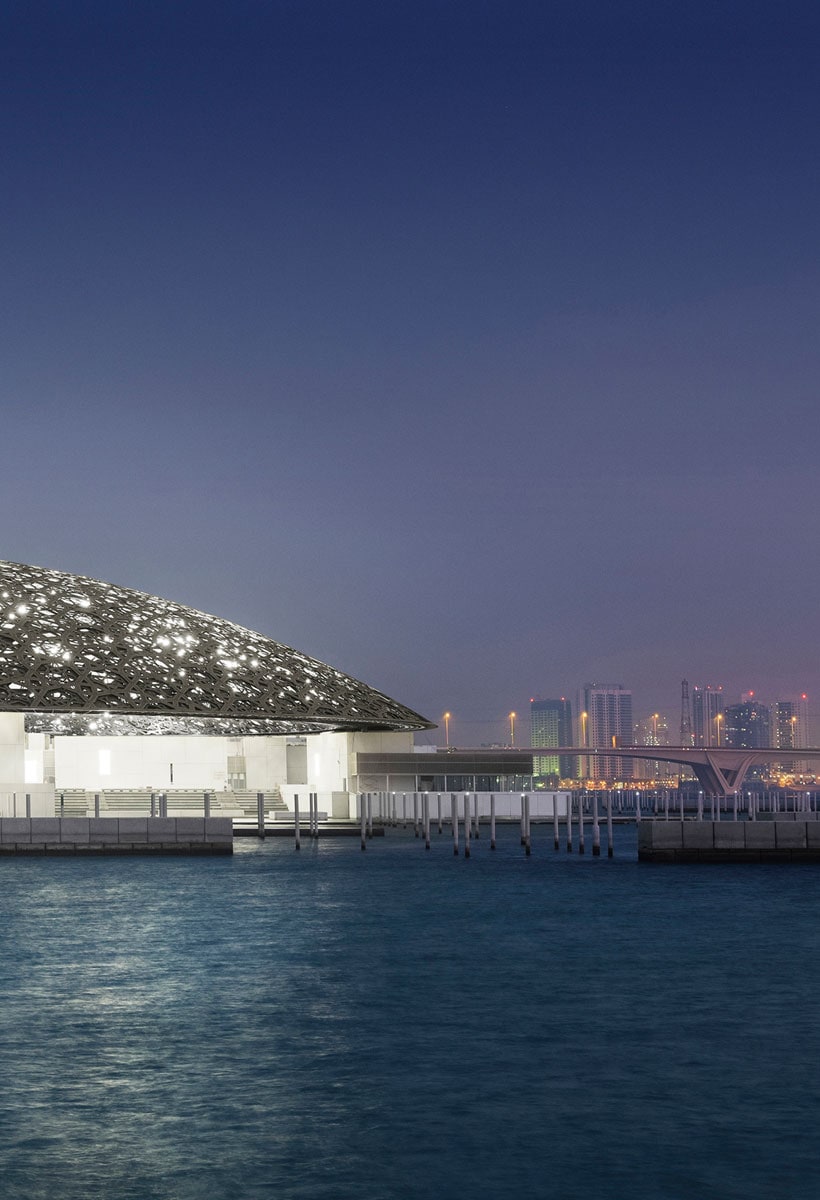 #architecture
Il museo è un’isola
Facing the sea, extending the edge of the island of Saadiyat, the Louvre Abu Dhabi is like an urban metaphor protected by a magical woven dome of steel and aluminium that seems to float. A building conceived as a piece of the city that belongs to the sea, foreshadowing the desert that stretches out behind it

“I am a very contextual architect; but in saying this I am not referring only to the site, but also to a wider idea of the historical and cultural context. Contextual does not mean fitting into the place, but into its historical depth; it does not mean copying what is around us or repeating forms; it does not mean starting with what is there to reach a sort of architecture of accompaniment. It almost means just the opposite.”

This is how Jean Nouvel brilliantly sums up his approach to the design of the Louvre Abu Dhabi, opened in November in the capital of the United Arab Emirates.

For the French architect, “making architecture is translating sensations, bearing witness to the desires of someone; it means listening to and understanding these voices, which are not the same all over the world. At Abu Dhabi the main objective was to make this building belong to local history and culture, so it would not be possible to imagine it elsewhere.”

5
Photo: Roland Halbe - View of the plaza with the mosaic and the octagonal Ottoman pool

The museum is balanced between sea and desert; an architectural island, a contemporary medina, protected by a porous dome composed of eight layers of different modular geometric weaves based on the abstract designs of the local traditions. “Like the Arabian city, the complex is made of relatively closed volumes, close to each other to permit strolling in the shade.”

In that case, the roof (a totally different figure) acted as a screen for the sky, allowing light to filter through, allowing air to circulate and rain to fall on the buildings. But here in Abu Dhabi the complex layered pattern of the dome has also been invented in symbolic terms, to obtain a sort of ‘rain of light,’ protecting visitors from the hot sunlight during the day, and revealing a starry sky at night. “The complex scheme of the dome is the result of a geometric design carefully studied in its eight overlaid layers (four external layers in stainless steel, four internal layers in aluminium)”, Nouvel explains.

“Every single ray of light has to pass through these layers to be visible. The result is a cinematic effect that follows the path of the sun throughout the day. At night 7850 stars take form, visible from the inside and the outside.” 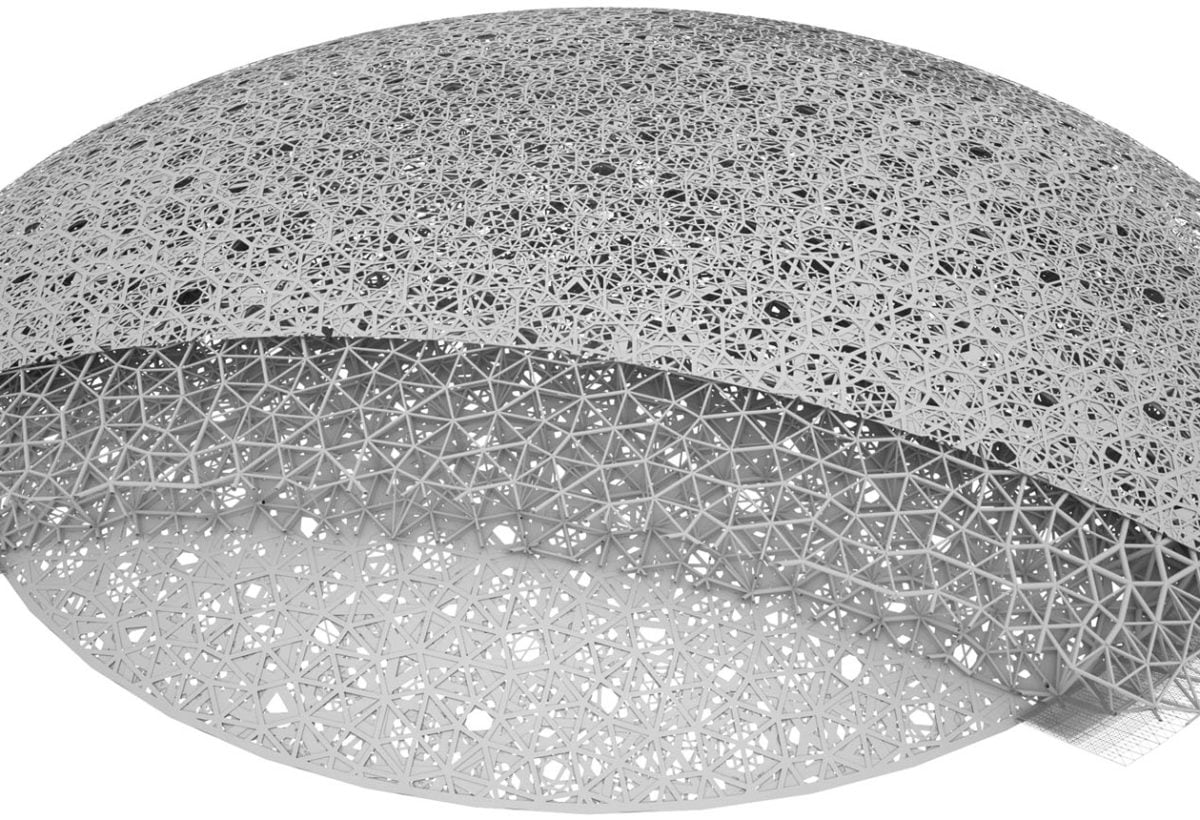 3
Detail of the system of layering of the eight metal strata of the dome (four outer layers in stainless steel, four inner layers in aluminium).

Supported by just four pillars 110 meters apart, concealed inside several volumes of the architectural parts that form the ‘museum medina,’ the large dome 180 meters in diameter seems to float above the micro-city it conceals, functioning as the symbolic ordering feature of the complex interior.

The museum is a series of small volumes, simulating a small settlement on the water, formed by 55 buildings, 23 of which contain the permanent collections, organized to construct the idea of a universal narrative of the artistic expressions of mankind of all times and countries, from antiquity to the present.

The flooring of the ‘public spaces’ is in stone modules, while in the exhibition rooms the choice of the surface – bordered by bronze profiles – and the materials on which to walk corresponds to the historical period of the works on display.

Great care has gone into the theme of affichage; the internal walls lend themselves to all types of attachment of the works on view, thanks to a continuous built-in track at a height of four meters on which to fasten the required accessories.

For Jean Nouvel the Louvre Abu Dhabi does not set out to create “an architectural gesture or a critical, violent architecture; here the idea was to give a capital a building that would speak a universal language, bearing witness to its time and the desires of the present day.”