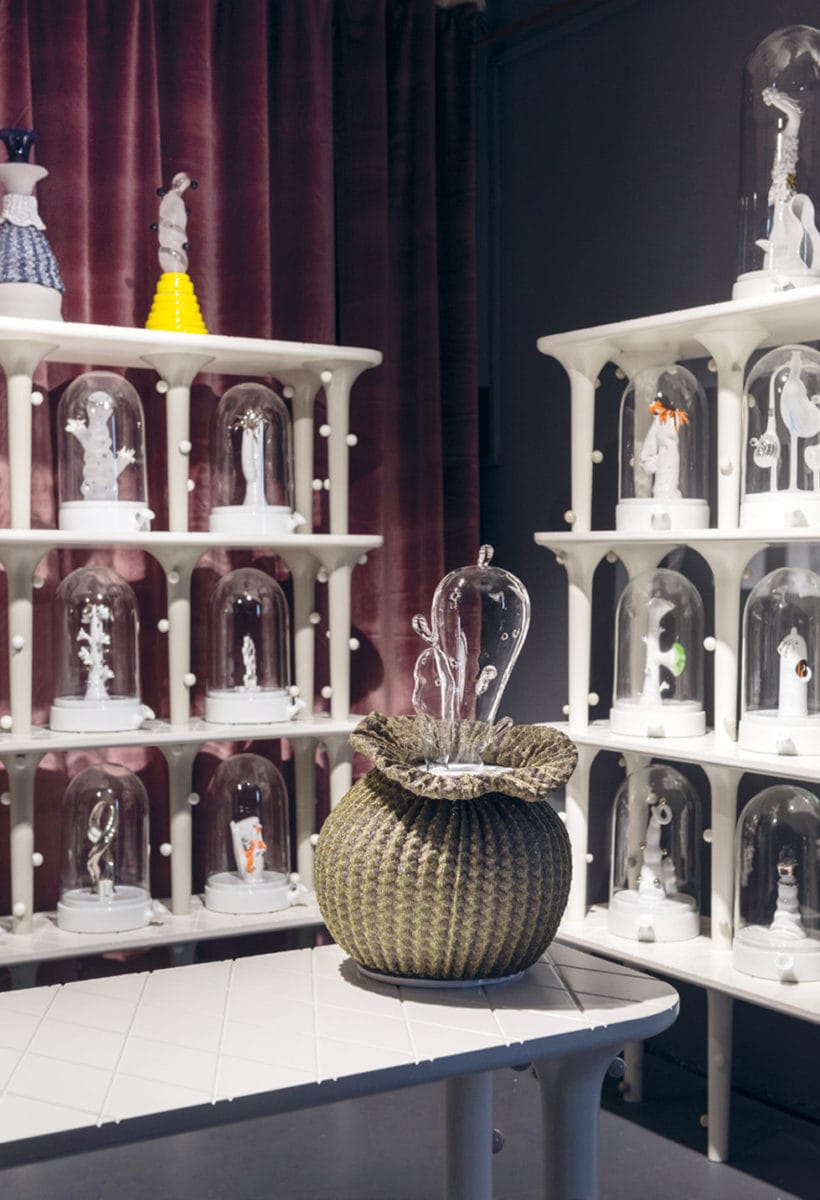 Intelligence of the world of plants

#London
Intelligence of the world of plants

Based on botanical theories that attribute much more refined abilities to plants with respect to those that can be observed, Matteo Cibic has created the project Dermapoliesis: the seductive metaphor of a path of evolution that embraces all the species

Matteo Cibic, who calls himself a hyperactive designer, likes to range through different territories, exploring all possible fields of creativity. Including botany, the discipline behind one of his latest projects.

Starting with the research of naturalists like Carlo Linneo, the father of taxonomy, and Charles Darwin, also known for his treatise in 1875 on insect-eating plants, and the recent studies of Stefano Mancuso and Alessandra Viola on sensitivity and intelligence in the vegetable world (Verde Brillante, Giunti, 2015), in the fall of 2017 Cibic presented, at the Seeds gallery in London, a series of hybrid organisms made of glass, ceramics, plastic, rubber and knit fabric.

The collection ranges from small scent dispensers protected by bell jars to larger sculptures resembling pumpkins or cacti, floor lamps covered in fabric, furnishings like branches that intersect to take on the forms of benches, consoles and bookcases.

These 70 mysterious creatures, which cannot be classified in keeping with classic parameters, represent a possible future world inhabited by flora that naturally reproduces itself, without technological support, to supply vital everyday nourishment.

With Dermapoliesis – the name of the installation – Matteo takes us into a new utopian universe, with the aim of inspiring scientists to produce new organic materials in the laboratory, starting with botanical species, the same ones the Greek philosopher Democritus (460 – 370 BC), founder of the atomic theory of the universe, believed were capable of moving, even imagining that “trees can be compared to men upside down, with the head in the ground and the feet in the air.”

In Brazil, at the Inhotim art park 60 km from Belo Horizonte, there is an installation by the artist Giuseppe Penone: a tree with its branches in the ground and its roots rising towards the sky.

“Dermapoliesis,” Cibic says, “sets out to stimulate the new generations to study chemistry, physics, biotechnologies and genetics, with the aim of create a new productive scenario.” The striking installation reveals Matteo’s speedy way of getting in tune with major emerging themes such as that of vegetable intelligence.

In this case, his research takes its cue from the above-mentioned botanist Stefano Mancuso: starting with the work of the French physiologist Claude Bernard, who in 1878 demonstrated the ability of plants to anaesthetize themselves and to immobilize their own growth, Mancuso has set out to test different anesthetics on plants, to evaluate their response time and their reactions on a cellular level, concluding that even in reawakening from sedatives, plants have behavior similar to that of animals and human beings. This leads to the possibility of testing natural sedatives, at least for local anesthesia.

With this recent work, Matteo Cibic demonstrates his attitude of conducting research on fields that are extraneous to the institutional realms of design, transforming scientific discoveries into original figurative projects that have a light tone of irony and dramatic installations, but are never an end in themselves, becoming seductive metaphors of a path of evolution that embraces all the species.

View of the installation made by Aldo Cibic.
One of the 70 mysterious creatures in the project Dermapoliesis by Matteo Cibic, presented at the Seeds Gallery in London.
#Design #Projects #London