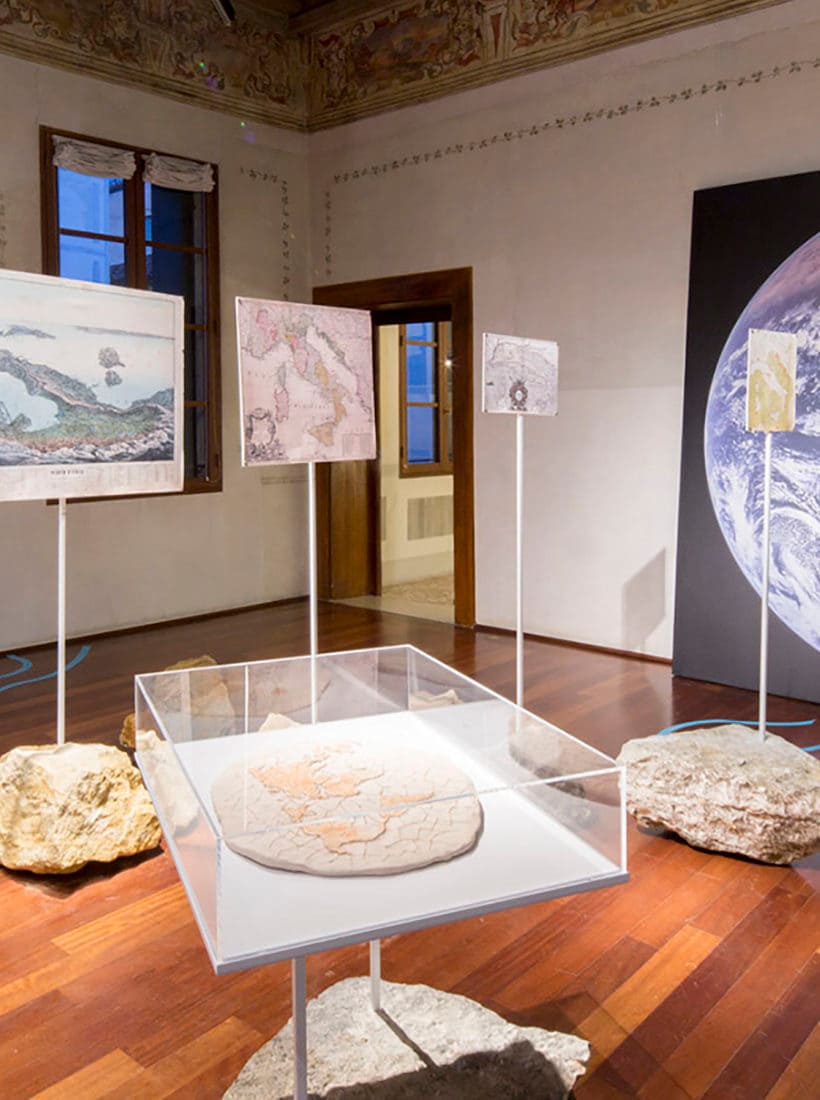 In November there was much discussion about the assignment of the Good Design Award to a geographical map. The project – a very interesting one that triggers a revolutionary viewpoint on the world (though with some shortcomings, such as the absence of South Sudan) – is by the Japanese architect and artist Hajime Narukawa of Tokyo.

Over the years many artists, designers and graphic artists have come to grips with this fascinating theme: some have skirted it in a para-scientific way, playing with the ‘thing in itself,’ while others have provocatively shifted the center of gravity, inverting the seas and the continents, or overturning viewpoints with respect to the original map we studied in school, which dates back to 1569 and the efforts of the geographer Gerardus Mercator.

Narukawa has developed a method – Authagraph – that allows him to insert, over years of study, the updates caused by geopolitical and climate change, for an advanced perspective on the evolution of our planet. At first glance, the most interesting thing about that map is to see Europe way over in the upper left-hand corner. Can seeing the world from a different angle help us to interpret it in a new way?

The exhibition Is Geography Useful for War?, curated by Massimo Rossi for Fondazione Benetton, set up by Fabrica at Palazzo Bomben in Treviso as an experiential voyage through the visions that have influenced our reading of the world for several centuries, puts a question mark on the statement used by the Marxist geographer Yves Lacoste to emphasize the close relationship between geography and power: La géographie, ça sert, d’abord, à faire la guerre.

The exhibition, open until 17 February, gathers a selection of the gigantic cartographic holdings of the Foundation, which has conducted research for years in the vast area of landscape and the study of places, in three sections – titled “Rocks and Water,” “Human Signs” and “War Maps.”

The idea of the show is to try to narrate another possible geography, which a bit like Narukawa’s map enters a dialogue and is transformed together with natural processes, but also takes the teachings of two authoritative witnesses of one century ago into account (the geographer Cesare Battisti and the historian Gaetano Salvemini), namely that “there are no natural political boundaries, because political borders are artificial, i.e. created by the knowledge and the will of man.”

War, as we know, is waged by men. But maps are also made by men, and without geography, borders, nations, perhaps there would be no wars as we know them. This is the reason for thinking about geography as something in a state of change, which implies modifying knowledge and orienting future will.

Geography, the curator insists, is also a “permanent worksite,” “an uncatchable discipline,” that absorbs the gaze of the society that formulates it in that moment, and therefore goes into crisis with it, accenting its problems but also describing its dreams, imagination and ambitions.

A discipline that makes order and traces boundaries around thoughts that would otherwise be confused and useless. Geography and design, in this sense, have a lot in common. Were it not for the fact that good design, for the most part, is useful for peace?