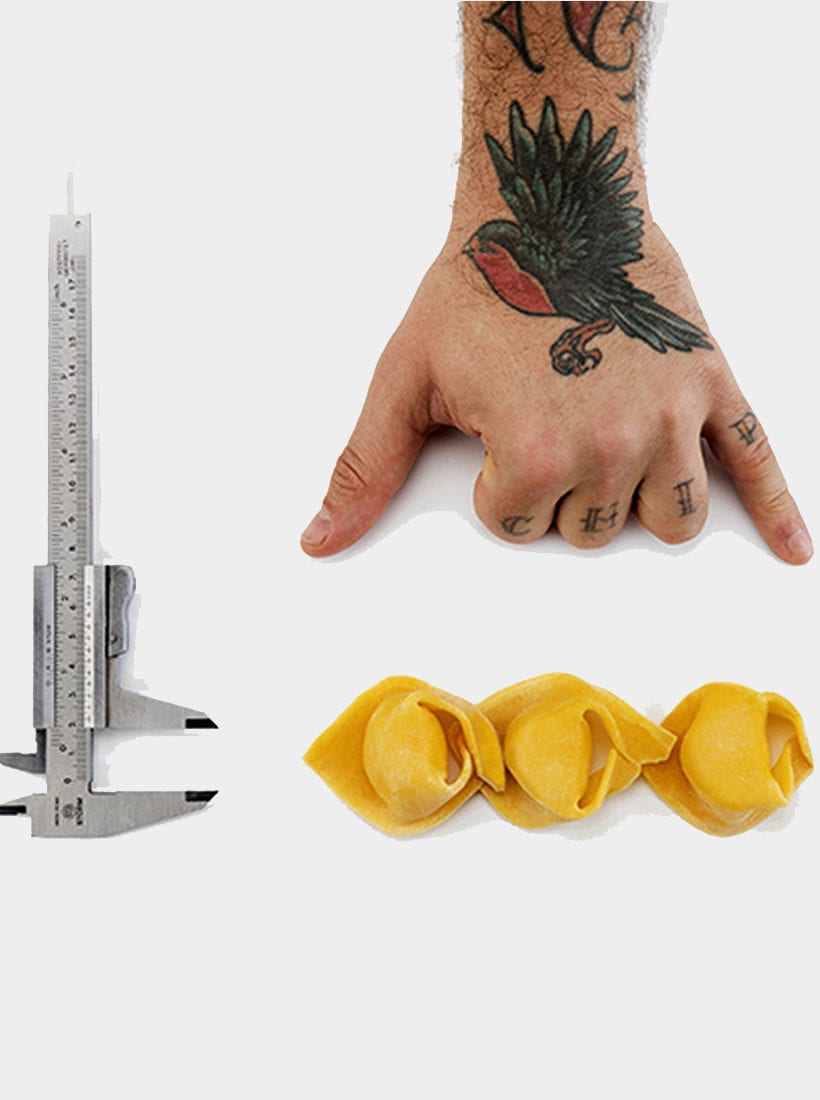 What is a tortello, the king of stuffed pasta, if not a form defined by a sequence of gestures and folds based on a precise geometric scheme? “It’s origami,” say Chef Rubio the unconventional Italian chef and Filippo Protasoni the young designer who knows how to convey emotions through simple signs.

The project Origami Italiani was presented during the FuoriSalone in a small family pasta shop (Pasta d’Autore) in the 5vie district, transformed into a food & design workshop thanks to Rubio’s theatrical flair.

The concept shifts the gestures of making pasta into the packaging. Simple sheets of heavy food packing paper are folded to make an elegant, contemporary package: a triangular case that is easy to transport and useful for pouring the contents directly into a pot.

“We can carry fresh pasta home the way French carry baguettes,” says Protasoni. Pasta (tortelli, and other types in the near future) becomes prêt-à-porter.