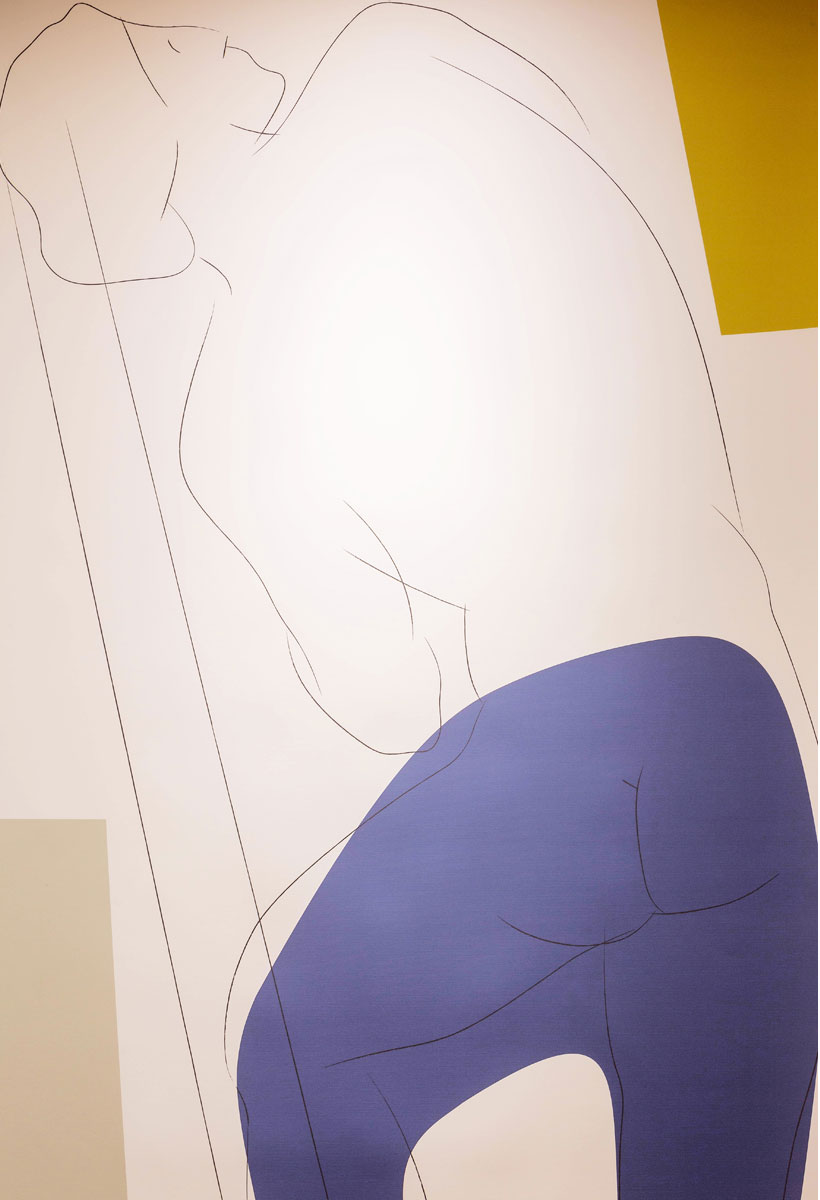 #design
Italian design
Does it still make sense to talk about a native way of doing design? Some of our country’s brightest designers who have chosen to work elsewhere try to respond. But they still make Italian ‘lateral thinking’ a strong point in their work

The fact of the matter is that Italy has been and remains one of the homelands of design. Scholars of the discipline the world over have concentrated for years on the concept of Made in Italy and the model of design connected to the country’s unique productive context, its outstanding aptitude for interaction with the visual arts as a project ingredient, and its functionalism attenuated by a spirit of lightness.

But is it still possible to talk about qualitative leadership or the Italian character of products, now that the maps of design have drastically changed, with the consolidation of globalization and post-industrialization?

We posed these questions to some of the brightest designers who are Italian by birth but reside elsewhere. And their answers often coincided. Before delving into them, however, we should consider the reasons that prompted them to cross increasingly blurry boundaries, in the awareness of the fact that this is not exactly anything new (just consider Elsa Schiaparelli and Flaminio Bertoni in the 1920s and 1930s in Paris, or – later – Massimo Vignelli and Gaetano Pesce in New York). 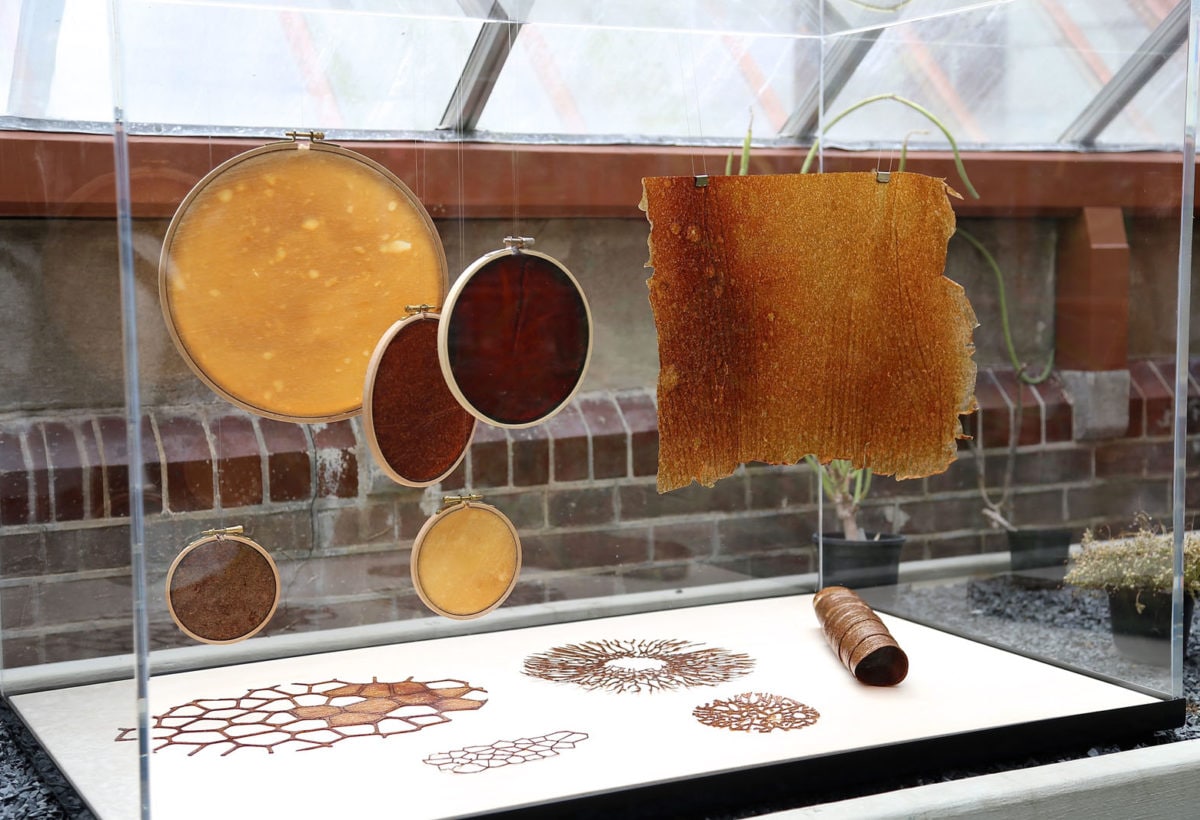 4
Maurizio Montalti-Officina Corpuscoli, “The Growing Lab/Mycelia,” 2010 et seq. Montalti, an Italian engineer residing in Holland, has developed a new model that substitutes cultivation for the traditional concept of production. The mycelium of fungi is the resource for new sustainable products that ‘grow’ in a directed and efficient way, guided by a genetic and formal design.

Today the decision to leave Italy is driven not only by the desire to live in a culture capital. The two main factors are international schools – in which to complete training already begun in Italy – and more practical reasons, such as the desire to escape from high tax rates and burdensome bureaucracy.

The search for a different kind of school with a greater accent on theoretical speculation was a factor, for example, for Formafantasma, Giovanni Innella, Maurizio Montalti and Gionata Gatto, who all set off for the Design Academy in Eindhoven; there is also the case of Martino Gamper, who chose the Fine Arts Academy of Vienna before moving to London.

Actually the number of young talents who have migrated towards another kind of education is much bigger, but those cited above then decided to remain abroad, attracted by a social condition that recognizes their status as professional designers in ways that would be completely unfamiliar to anyone practicing the craft in Italy.

On a formal level, finding the Italian character in their work might seem like an anachronistic and obsolete game. Some of them, in fact, propose clearly international work that is hard to categorize, or work that even blends right in to the demands of the global market.

As in the case of the brand Tokidoki, for example, a worldwide commercial reality that seems to reflect an oriental background, but is actually a creation of the mind of Simone Legno, who took a degree at IED in Rome, but has fed on Japanese graphics and punk culture, generating a product that is sold all over the world, with high points of success precisely in Korea and Japan.

At the same time, if Italy is a presence in the projects of this generation of expat designers, it is by choice and pertinence to the individual cases, and certainly not due to the uniformity of an Italian ‘mood’ that could become a dangerous cliché.

“We think that nationalizing a discipline on a critical level,” say Formafantasma from Holland, “is risky or even damaging. The national boundaries run the risk of becoming deep mental boundaries that unconsciously limit the intellectual freedom of designers.” 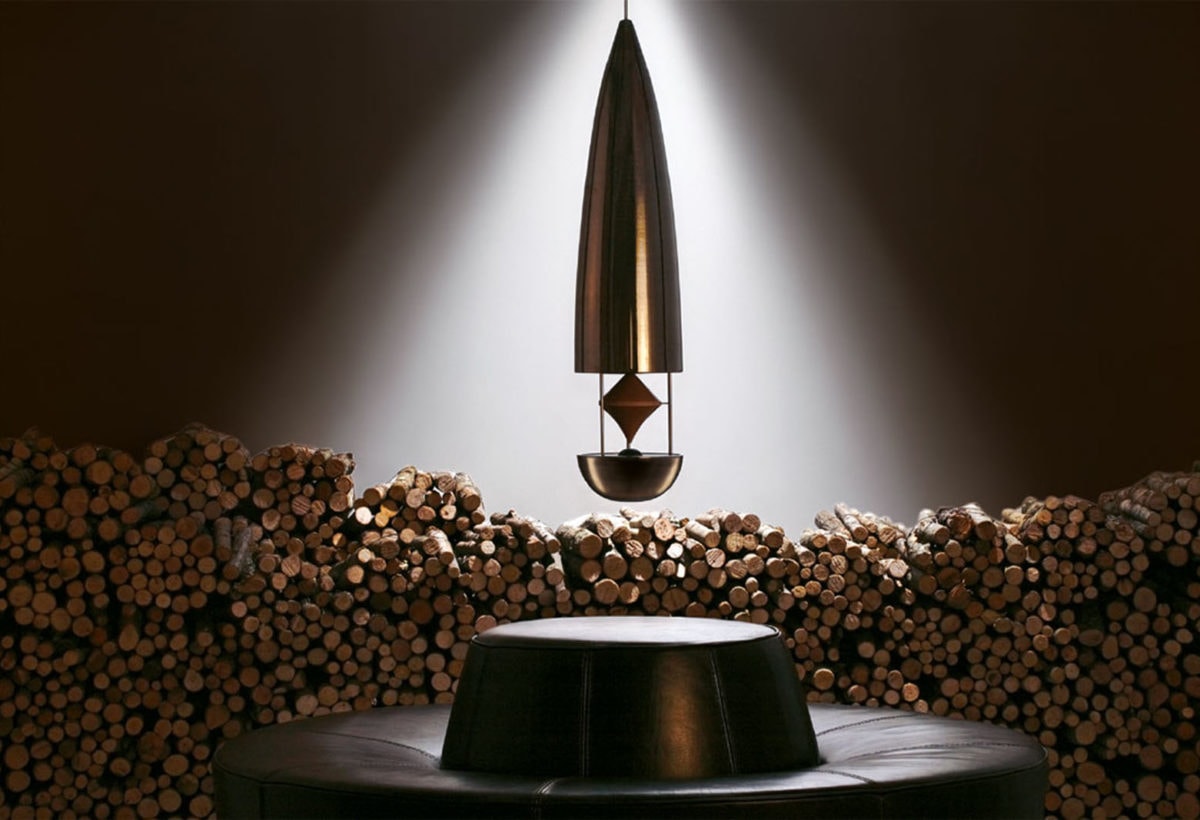 3
Credits: Ivan Sarfatti - Francesco Pellisari, Omni sound speaker (above) and “Scenario” installation for NACSound (left). Made in Italy with Italian parts and design, these speakers use omnidirectional technology and are distributed all over the world from the base that is now in the UK.

So what remains of the Italian background of those who choose more welcoming climes? Many seem to agree that Italian schools offer an extraordinary mixture of academic solidity, especially in terms of design history, and the capacity to survive the absurdity of a country that trains you to expect the unexpected, developing unusual critical and problem-solving abilities.

“I learned to read design as a witness of the culture that produces it,” says Giovanni Innella from Japan. “ Alchimia and Memphis have left us the legacy of awareness, design capable of critiquing itself. I believe this capacity is another particular trait of Italian design. In my view, today this quality could be utilized in a more incisive way.”

Francesco Pellisari also specifies that this attitude, which is a part of us, corresponds to what the English-speaking world calls ‘lateral thinking,’ describing the so-called ‘knight’s move,’ the ability to shift in a direction that is neither linear nor diagonal, but a matter of pure invention. Lateral thinking, however, that cannot always get around the problems of a “total absence of the State for designer-entrepreneurs,” Pellisari continues, who several years ago moved his NACSound company to Cambridge, though he continues to use Italian parts made in the provinces of Rome and the Triveneto region for his speakers, “because in this sector we are definitely the best in the world.”

“
But is it still possible to talk about qualitative leadership or the Italian character of products, now that the maps of design have drastically changed, with the consolidation of globalization and post-industrialization? "

So Italian prowess in the area of high-quality production still exists? Definitely, in some ways. “The thing that makes the difference in Italy with respect to the rest of the world,” says Luca Nichetto from his base in Stockholm, “is the territory and the know-how; the dimension of districts is quite unique. In Italy you can really learn a lot from company technicians.”

Enrico Fratesi, who has chosen Copenhagen as a base, together with Stine Gam, also remarks on the Italian passion for technique and fine production, a condition that is returning to play a major role on an international level: “about 10 to 12 years ago the northern European brands with which we work began to move their production to China, for purely economic reasons. Today, on the other hand, the trend is towards going back to Italy, where the costs are certainly higher than in China, but the service and quality are peerless.”

The perspective changes depending on the type of product, however, because in Italy design still almost always rhymes with decor and objects. Gionata Gatto, who conducts research in Holland on more speculative themes, says: “Italy is still anchored to the good design it produced in the golden age. We have only recently started to discuss crucial questions that have been debated for years in other places: co-design, the anthropocene epoch, social participation.”

Undoubtedly getting beyond a winning model from the past is still a real challenge for our entrepreneurs, and for our designers whose suitcases are always packed and ready.