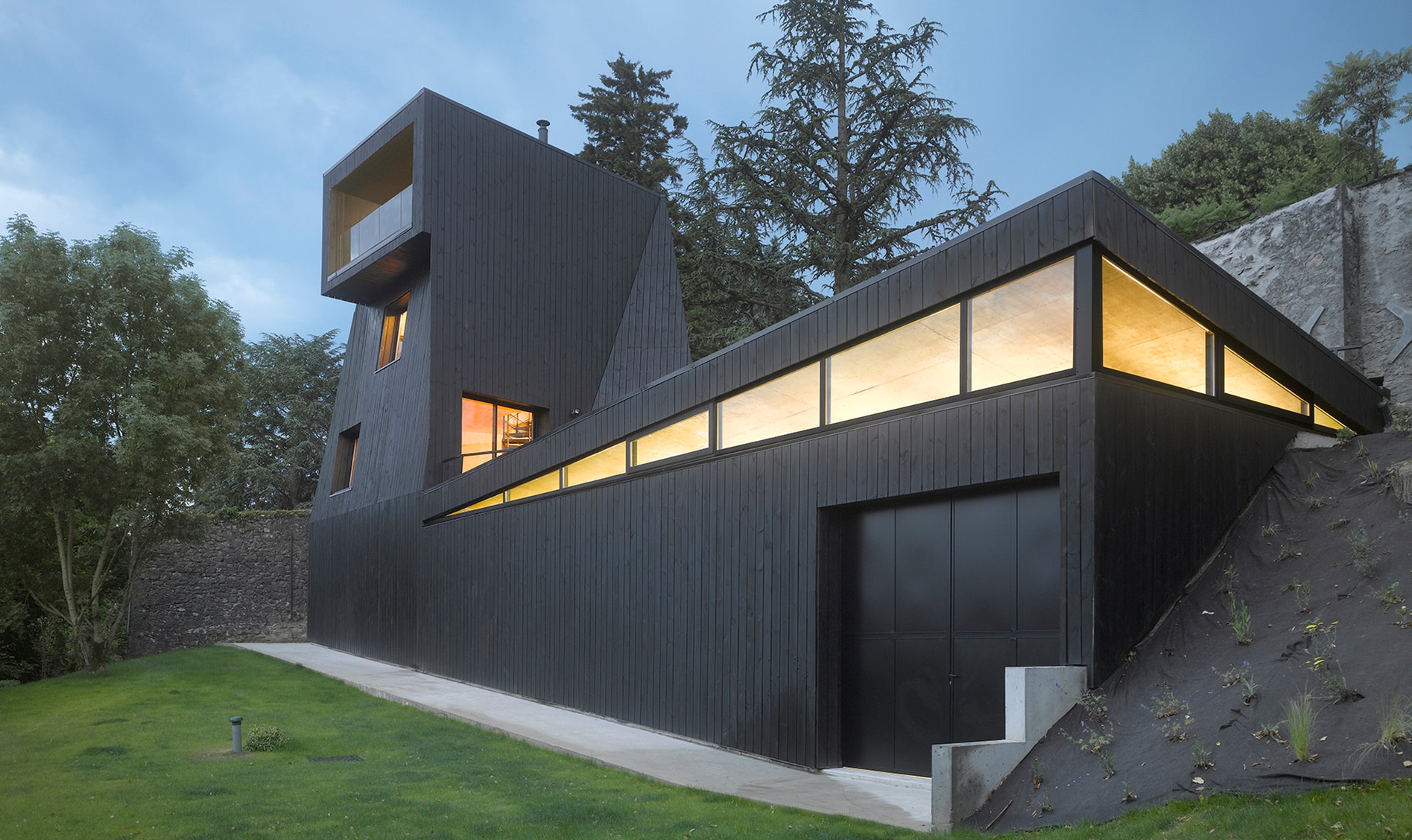 “It was a challenge to build this residence-atelier for artists on a sloping lot in Seyssins, the French town with a view of the mountains of Belledonne,” says Odile Decq, “conceiving it as a window on the landscape of the valley landscape of Grenoble.”

But Colette Tornier, collector of contemporary art, who has created a fund to support young artistic talents, is someone who likes a challenge. Each year two artists, selected by a committee (Maude Maris and Lionel Sabatte are the first lucky pair), can spend six months in this place, experimenting and refining their work.

Tornier asked Odile Decq, who is very involved with the theme of education (she is one of the founders of the Confluence school) to imagine a place of cultural production integrated with the context: a strong stimulus between nature, rocky landscape and greenery. No sooner said than done.

The designer, adapting to the topography, has developed a faceted monolith that is a compendium of technical precision and figurative lightness. In the section, the development called for: the atelier on the ground floor, with the residential spaces on the two upper levels, and a terrace-belvedere on the roof, all connected by a helical staircase in black iron.

The enclosure is lined with wood, with a natural finish on the inside and a bituminous black finish on the outside. The atelier, however, has long, uninterrupted walls of exposed concrete: “it is rougher, more neutral and well lit,” says Decq, “to allow each guest to work with the formats and materials of their choice. In terms of the living zones, I liked the idea of an artist inspired by the surrounding views; this is why the building rises over the treetops, which also helps in terms of the dialogue with natural light.”

In the daytime the openings in the facades let light flow in from three directions (the fourth, towards the north, in visual relation to Tour Saint Ange and its age-old park, remains closed and introverted). In the evening, the wooden shutters, treated like the facing panels, darken the cuts of the windows, and the place becomes a black monolith, silent, absolute. As if it had always been there.

The longitudinal volume containing the studio, on the ground floor, conserves one rugged aspect of the internal space: the walls made with poured concrete echo the chromatic range of the stones outside.
View of a space in the residence, lined with natural wood, with the helical black iron staircase that connects the levels.
The architectural monolith, faceted and cut by many openings, rises above the treetops to open, like a belvedere, to the landscape of the valley of Grenoble.
The northern facade, on the other hand, is closed and introverted, remaining in direct visual relation to the historic Tour Saint Ange and its age-old park.
#Design #Projects