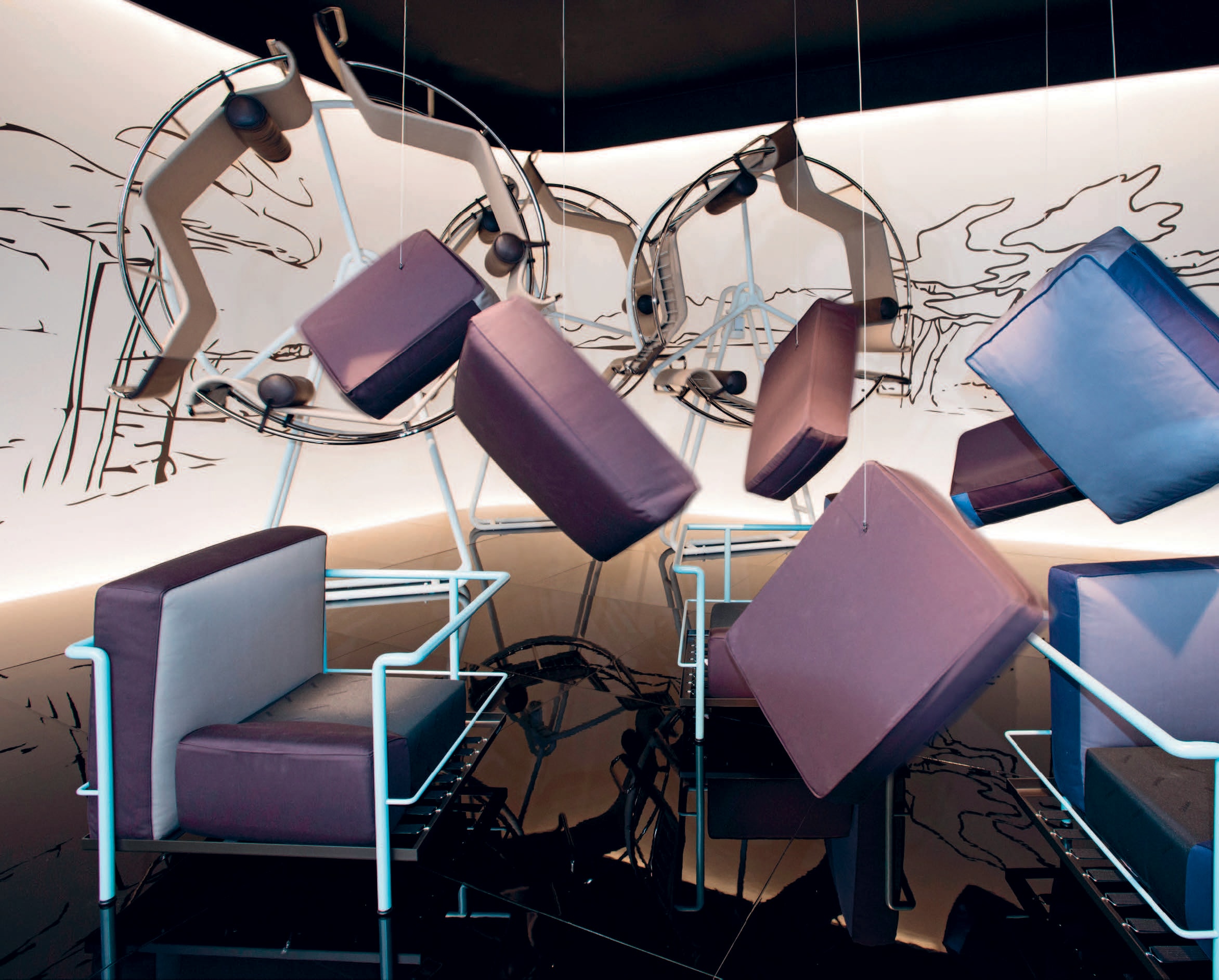 “Movement, growth, flowering, the very mechanism of life, are my passion,” said the famous Franco-Swiss architect in 1933. Eighty years later, the designers Paolo Brambilla and Fabio Calvi have also been ‘swept away’ by that passion.

Under the sign of Le Corbusier, of course. The Milan-based duo (working together since 2006) has been inspired by the famous metaphor of habitation developed by Le Corbusier – the home as a ‘machine à habiter’ – so they have created – for the Milan showroom of Cassina (via Durini 16, www.cassina.com/milano), during the FuoriSalone – a surprising stage in motion, gaining them first prize in the LC50 Project competition organized by Cassina with INTERNI.

Four kinetic installations ‘move’ the famous furnishings of the LC Collection designed by the great master together with Perriand and Jeanneret. This year marks the collection’s 50th anniversary of production by the Lombardy-based firm.

Inside the showroom, there was also an exhibition presenting all the project by the 43 Milan studios that took part in the LC50 Project contest: a chance to know and appreciate the high qualitative and creative value of the works submitted (all on view at cassina.com/it/LC50Interni).

The installation comes alive with the ‘rotating mills’ made with the LC4 chaise longue and the cushions of the LC2 armchair that magically ‘take flight’: both furnishings belong to the LC Collection of Cassina, designed by Le Corbusier, Perriand and Jeanneret
Paolo Brambilla and Fabio Calvi against the background of the installation (photo David Zanardi).
#Design #Projects