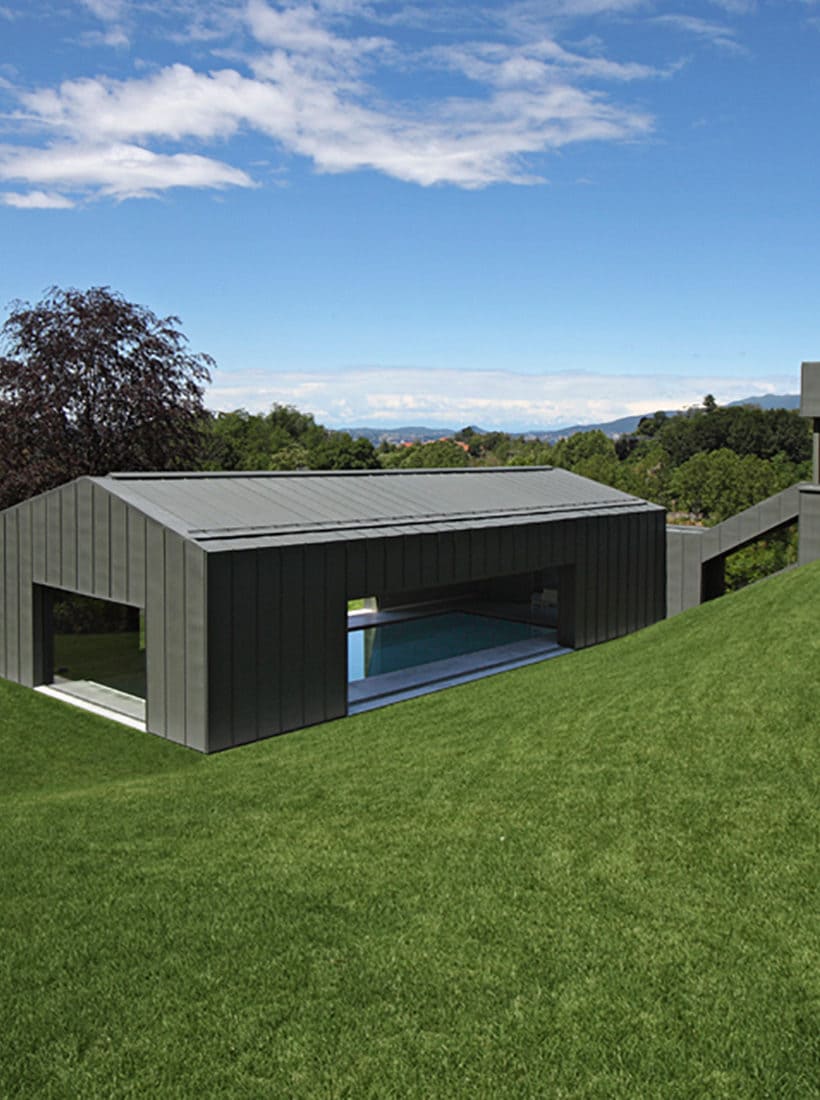 Lights in the landscape

#Milano
Lights in the landscape

Anyone who opens the homepage of Marco Castelletti can see that landscape and light are recurring themes in his projects (www.marcocastelletti.it): an immense sky framed by tree branches immediately catches the eye, narrating the passage of time thanks to light that magically modulates across the hours of the day.

Born in 1958, with 30 years of experience (he opened his studio in Erba, in the province of Como, in 1987), with many awards that bear witness to his environmental commitment and the originality of his design methods, Castelletti splits his time between Milan and New York, shifting from public works to houses, often on a relatively small scale. Like ‘Villa B’: the project shown on these pages.

What was your starting point here?
The relationship with the landscape. The villa is in an area that is protected from an environmental standpoint (in the province of Lecco), so the link with the context was an important factor from the outset. The project called for an addition to an existing building (dating back to the 1980s), while renovating the original house.
The idea was to look for a new, autonomous language with respect to the typical constructions of the zone, while resolving the interface between the residential space and the landscape.

What solutions did you consider?
I created a new image to add quality to the surface of the old building, while visually reconciling it with the addition of a new part that now contains an indoor pool, a solarium and a panoramic space.

How did you achieve that?
With a cladding in titanium zinc, which connects the old and new, to make the added value seem like a natural extension of the house, going up the hill, blending perfectly with the natural setting.

That’s a rather unusual choice of material…
But it works! Because after a rather long and difficult process of getting approval, it led to the agreement of all the parties, including the municipality and the heritage authorities. Titanium zinc is an iridescent material that changes with the weather and the seasons, attenuating the impact of the volume of the house, blending it into the woods…
And its modernity is just apparent: it is actually an old material, used in many engineering works in the 1800s. It is very durable, easy to maintain, natural and recyclable.

So sustainability is a big factor in the choice.
Yes, along with the constructive aspect, the question of know-how. The zinc sheets have been installed on site by a team of tinsmiths, who have literally ‘sewn’ it to size on the surface of the house, like fabric.

So this is a tailor-made house?
The material allowed us to create a new work of architecture, refined down to the smallest details, above all to invent a living space that interacts with nature, respecting its balances. In many years of work I have gained awareness of the fact that when you are intervening in a natural context, you always remove something, because nature is more beautiful, it is already a complete, perfect project.
But it is important to respect it, so I move in this direction: my architecture does not impose itself, it thrives on dialogue. A dialogue that is different every time, of course, leading to unique, unrepeatable projects.

Also when it comes to light?
Especially in that case. The technical lighting project, done from the outset with Viabizzuno, creates different places and moments, in perfect tune with natural light. For example, there is the clear light that accompanies the ‘ascent’ of the house along the hill, culminating in the panoramic room.
But there is also grazing light that enhances the volume of the indoor swimming pool and follows the movement of the swimmer, without being irritating… In short, the focus is on the value of lighting in the space, on the discovery of light rather than the light sources.

And the interior design?
In agreement with the owners, the spaces are functional, welcoming, with a domestic feel. Especially the panoramic room, created in the new wing perched on the hillside: completely faced in aromatic stone pine, it becomes a place of silence, authentic materials and essential forms.