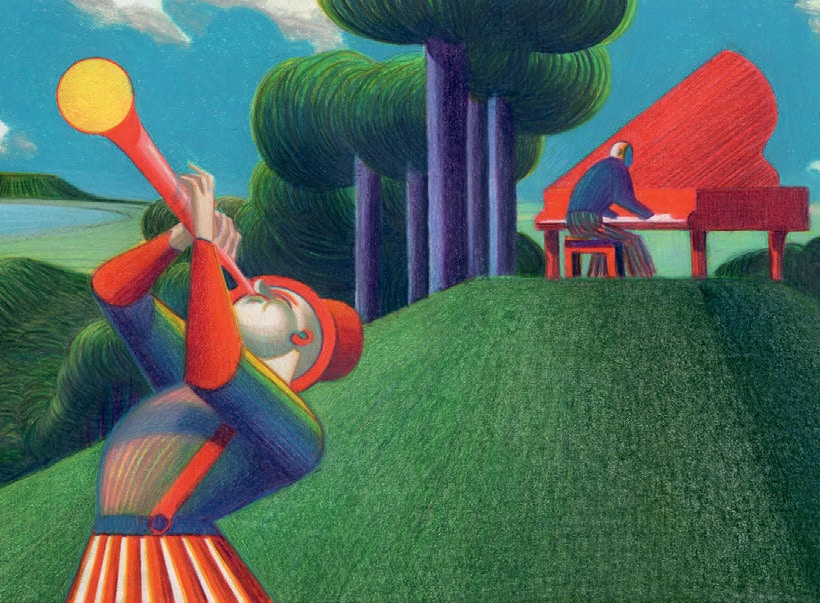 An illustrator, painter, communicator and traveler, Lorenzo Mattotti (Brescia, 1954) is probably the best-known Italian comics artist, who now lives and works in Paris.

An eclectic explorer who experiments with different techniques (from pastels to ink, watercolors to acrylic paint, in formats from small pieces of paper to large canvases), since the 1970s he has shifted nimbly from comic books – translated all over the world – to illustrations for literary classics, such as Pinocchio by Carlo Collodi and the Divina Commedia by Dante Alighieri.

From the creation of posters for important events, including the Cannes Film Festival, to projects for international periodicals – Le Monde, The New Yorker, Süddeutsche Zeitung, La Repubblica – as well as collaborations with artists in various disciplines, such as Lou Reed, Wong Kar-wai, Steven Soderbergh, Michelangelo Antonioni.