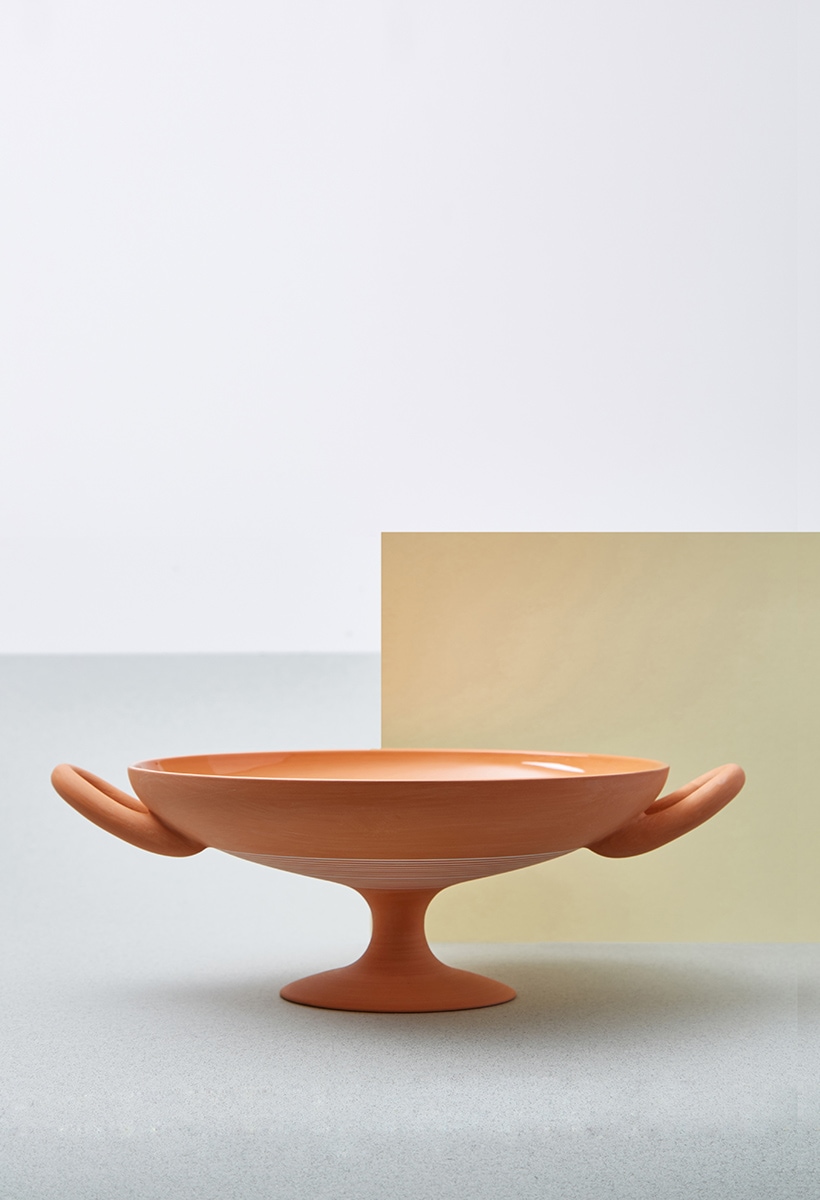 The ‘untimely’ pieces by Federico Pazienza interpret digital taste through an antique aesthetic, to escape from the frenzy of the timely and to suggest a direction for the process of secularization of objects

Objects have never been mere inert presences. Since ancient times, ‘things’ have always existed alongside people as benevolent or malevolent companions, repositories of memory or silent bearers of hope. Hence the form, always rich, dense, figural. It was only with the advent of industrial modernity that the ‘existential vibration’ of the object, cut off from its functional body, was reduced to mere ‘ornament,’ to be eliminated if possible. This was so until the years of the postmodern, when design culture went back to inserting a new animistic content in products. 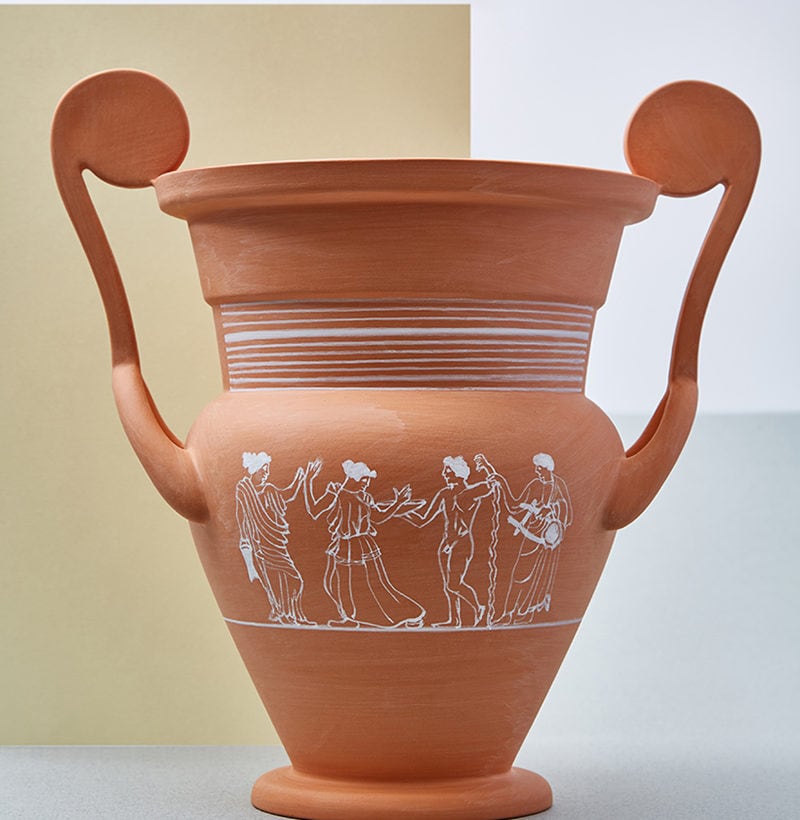 4
The pieces of the Material Spirits collection, the result of in-depth research conducted in the archives of the Museo Internazionale delle Ceramiche in Faenza, are made in collaboration with the ceramist Maurizio Russo. The explicit reference is to Apulian and Attic red-figure pottery (530-300 BC). The decorations represent classic themes of hunting, mythology and convivial existence. Cratera vase.

Today we are entering a subsequent phase in which objects are animated not only in a symbolic way, but also literally, functionally, through digital technologies that enable them to talk with us, to know where we are, to give us directions and suggestions. More generally, the digital has launched a process of secularization of the object, through which what was a symbolic quality in the ancient world becomes effective performance; what was metaphor in the field of art is now a real ability of the object to independently act and ‘sense.’

Starting with awareness of the ‘digital secularization’ of the object, the young designer Federico Pazienza – who previously worked with Gijs Bakker, founder of Droog Design – arrived at the Salone Satellite with the collection Material Spirits, composed of a few surprising ceramic vases with an intentionally ‘antique’ appearance.

“
The digital has launched a process of secularization of the object, through which what was a symbolic quality in the ancient world becomes effective performance."

Not copies of classical vases, but contemporary objects whose decoration, traced with Attic sensibility, at the same time conveys a vectorial attitude. Pazienza has attempted to pull of a real feat: to transfuse the living blood of a contemporary aesthetic proposal into the still body of an antique object.

The meaning of such an extremely sophisticated operation can be summed up in two fundamental concepts. The first is the need to prepare the advent of a new design phase in which digital properties are no longer ectoplasms of synthesis but sensorial qualities of the ‘augmented’ object. 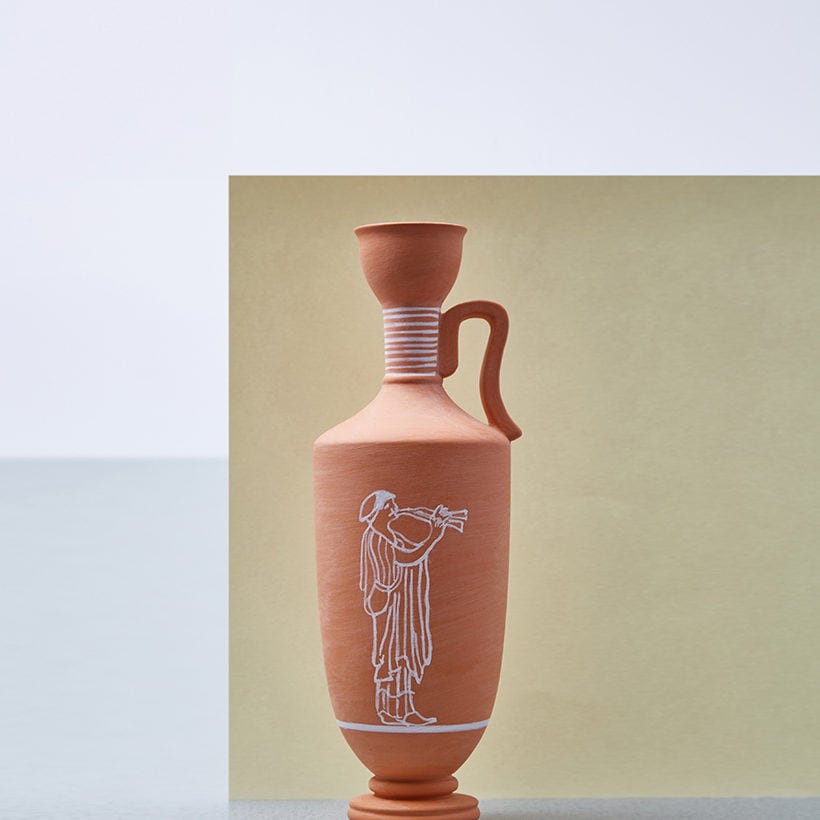 The second is to propose an alternative temporality with respect to the one reigning in the era of Instagram. The ‘material spirits’ of Pazienza, breaking with the evanescent flux of extreme novelties, are rooted instead in the deep time of Greek techné, reacting to the digital taste of the contemporary spectator with the same freshness with which they would react to the cavernous gaze of the ancient observer.