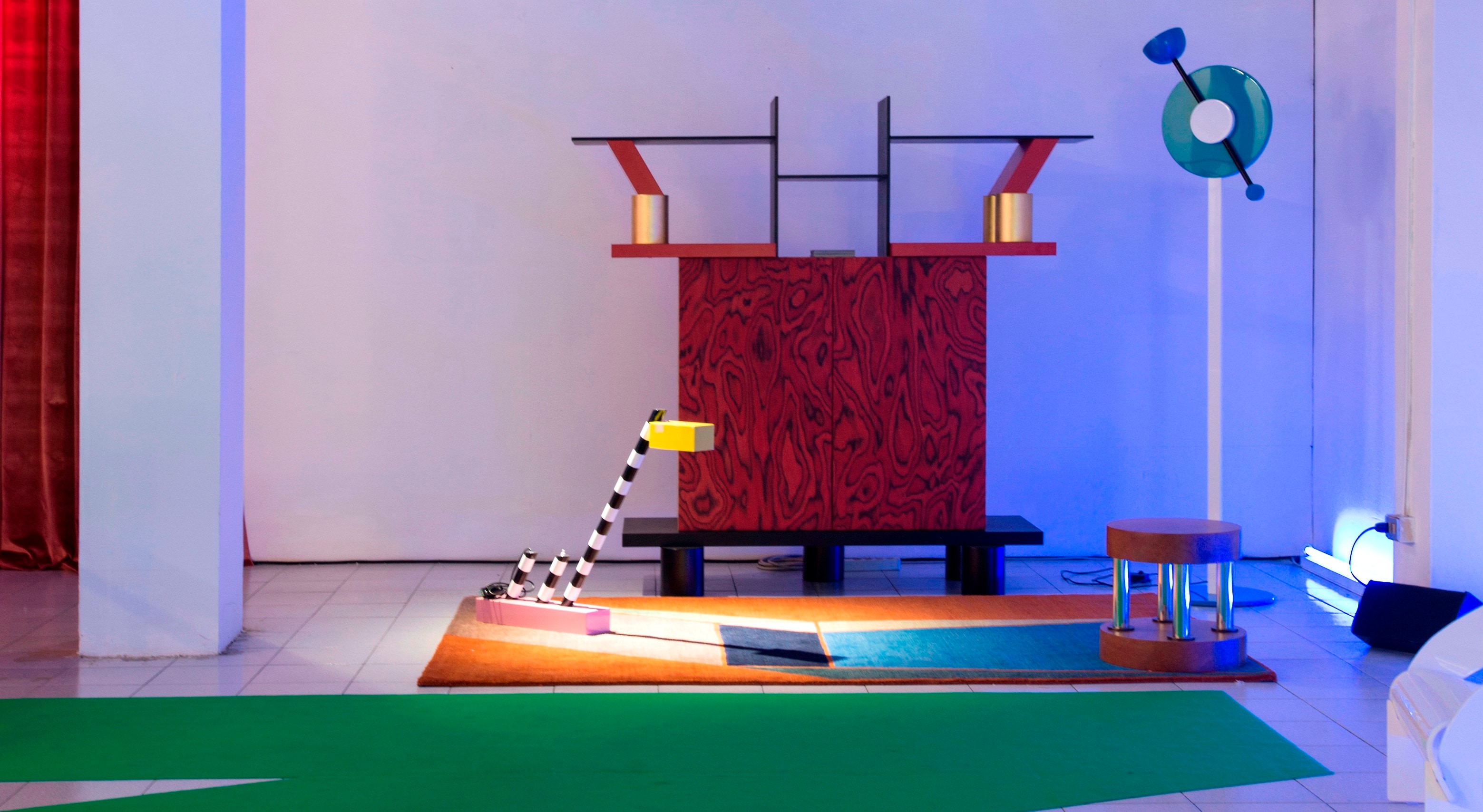 Ettore Sottsass, in his extraordinary column ‘Foto dal Finestrino’ that combined words and images (the complete collection was published by Adelphi in 2009), commenting on a photograph of the island of Ponza, wrote: “I am reminded that maybe I cannot be a modern architect, because I am a Mediterranean architect. Wasn’t ‘modernity’ invented by people from the North? Where it is cold, it rains a lot, and the fruit never ripens to sweetness?”

This comment seems apt if you walk through the rooms of the exhibition “The Memphis Variations” organized in the district of San Gregorio during the FuoriSalone in Milan: an explosion of colors and decorations, absurd, irrational forms, light and atmosphere that reveal the ‘Mediterranean’ soul of the great master of design. Also in the ability to mix styles and cultures from different geographical and social climes.

The show contains historic pieces from the 1980s output of Memphis, as well as antiques, contemporary artworks, ethnic rugs, rare pieces and mass market objects, in keeping with an idea of habitation that rediscovers the irreverent expressive freedom of the ‘Sottsass revolution.’

Thirty years later, the furniture and objects of Memphis, taken out of context, with the dust of time removed, can still be thrilling and trigger spontaneous (and irrational) aggregations with objects from other cultures, places and eras.

But the creativity of Ettore Sottsass also lives on in another vibrant, energetic installation produced by Kartell for the windows of its flagship store in Milan: a tribute to the great architect, with the reissue of a collection of original projects (6 vases, 2 stools and a lamp) created by Sottsass for this Lombardy-based company in 2004, but never actually produced before.

“Kartell goes Sottass. A tribute to Memphis” – this is the name of the display designed by Ferruccio Laviani – ‘dresses’ with the typical graphic patterns of Memphis not just the windows of the showroom on Via Turati, but also several lines of Kartell soft seating that unexpectedly take on a post-futurist look thanks to new fabrics developed by Kartell in collaboration with Memphis. All under the sign of Sottsass, of course.

View of the exhibition “The Memphis Variations” with a project by Carlo Ninchi and Vittorio Locatelli, Oneroom for Memphis, organized for the “San Gregorio Docet” circuit. A ‘twin’ exhibition, in terms of theme and content, was also organized by Galleria Post Design.
The installation-tribute to Sottsass is a project by Ferruccio Laviani for the Milan showroom of Kartell. Vases and stools are some of the original products created by the great designer for Kartell and never produced before (some will now be put into production).
The pop post-futurist fabrics are contemporary interpretations of the typical Memphis patterns.
#Design #Projects