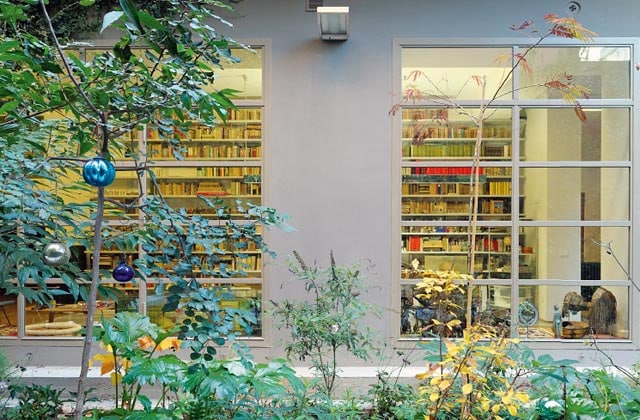 “Their apartment would seldom be orderly. Precisely that disorder would constitute its main charm. They would hardly pay attention to it: they would just live there. Its comfort would seem to them an acquired fact, a given, a state of their nature. Their vigilance would be directed elsewhere: a book to open, a text to write, a record to listen to, the dialogue resumed on a daily basis. They would work at length, without feverish impatience, without acrimony. Then they would dine, at home, or out; they would gather with friends; they would walk with them. At times they would have the impression that a whole life could be harmoniously spent inside those walls covered with books, amidst those objects that are so perfectly familiar that they might end up believing they had been created, always, for their exclusive use, amidst beautiful and simple, gentle and luminous things. But they would feel any limitations: on certain days they would venture out. No project would seem impossible to them. They would know no rancor, bitterness, envy, because their resources and desires would be in tune on every point, in every moment. They would call this balance happiness. And they would now, by virtue of freedom, wisdom and culture, how to preserve it, to discover it in every moment of their shared existence”.

This passage taken from Georges Perec, from the beginning of his famous novel Le Choses (1965), helps to understand the design of a domestic interior that goes beyond the traditional approach, revealing its nature as “a that should know how to contain not just the objects of our lives, but also our life itself”, as Italo Rota writes in a recent essay, “INTERNI di INTERNI”.

The ‘things’ in this house take on the role not only of volumetric presences (furnishings and objects, books and collections), but also of parts of a spatial unicum, protagonists – together with Italo and Margherita – of a sort of modern and private Noah’s Ark, ready to ferry into the near future fragments and memories of a personal history that also bears witness to of its explorers. In this sort of “energetic cavern”, as Rota describes it, analyzing certain improbable yet real interiors, the space becomes continuous; the original warehouse assumes the role of a container ready to host floating, suspended rooms, which like complete capsules open at different angles onto the overall environment. A volumetric grammar paced by balanced, precise interlocks that somehow remind us of the Merzbau of Kurt Schwitters (1933), but without the intention of a sculptural environment. The idea of the ‘capsule’ found in a number of episodes suspended in the main space is also seen in the bathroom, opened by a large pink, transparent glazing toward the living area, and in the two volumetric additions at the opposite ends of the house that open toward the internal garden, created by transforming a closed courtyard. The bedroom and kitchen thus become two small, complete pavilions that conclude the sequence of the large glazings open to the garden, featuring iron frames with an industrial look. The plan of the house has a sort of U-like form, emerging from the facade line of the building with balcony accessways; looking up, the view of the balconies, the laundry hanging out to dry, reminds us that we are in Milan, in an urban fabric of bygone days that the city of the present, chasing after the models of a globalized modernity, seems to by trying to erase.