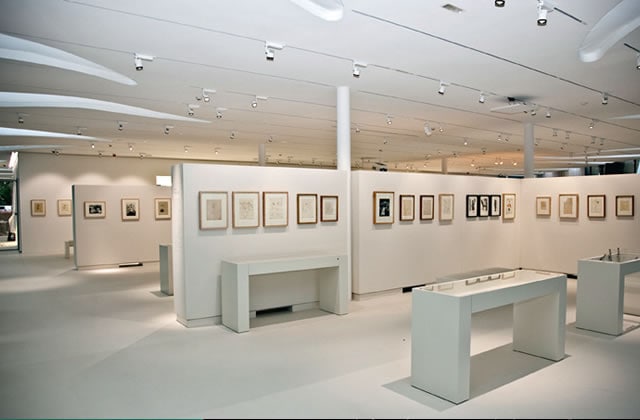 In Menton, the first town of the French Riviera if one arrives from Italy, the Musée Jean Cocteau was opened in November, thanks to an exceptional donation by Séverin Wunderman of works by the French poet and artist. Rudy Ricciotti has created an enigmatic, fascinating building, a complex crossing of architecture and nature that draws the city towards the sea.

It has already been called a seashell washed up by the sea, transformed into an architectural cavern for culture; others think it looks like a fragment of the cliffs, left on the beach and sculptured by the wind; others still see it as a carapace rooted on the edge of the city, or a sea spider wavering between sand and water.

The art critic Paul Ardenne goes even further, calling it a mysterious, timeless temple for unknown divinities of an as-yet undiscovered civilization, one that Cocteau, perhaps, carried in his heart and his poetry. What is certain is that this latest work by Rudy Ricciotti, winner of an international design competition held by the city of Menton in 2007, is one that astonishes, but not due to its iconic self-absorption. Rather than a show of architectural muscle, Musée Jean Cocteau is fascinating for its poetic force. A building dedicated to a great French poet and artist, that translates the character, tension and quality of his works in its image and its balanced urban solution. The trapezoidal structure is no taller than five meters, interfacing with the image of the historical city, and the existing 19th-century market, as a sort of new, powerful ‘foundation’ of white concrete, sculptured by sinuous vertical cuts that extend on the roof like fingers, all different, of a big hand pressing into the sand. The cuts frame segments of landscape viewed from the interiors, plastic glimpses capable of creating a new visual relationship with the city and the sea, with the museum as their connection. A new public space that can revitalize the Promenade du Soleil, with a garden featuring light pavilions, paths and green areas behind it, as well as an outdoor parking area. The sculptural monolith is inserted in the urban fabric as a gentle yet decisive counterpart, of strong contemporary character, determining a correct relationship of scale with the waterfront; a narrow, imposing portico functions as a filter for the full-height glazing open toward the interiors, organized as a museum itinerary. The larger exhibition space facing the sea is for the drawings of Cocteau, and screenings of the films on which he worked. Beside this zone, separated by a service block, a temporary exhibition space faces the entrance and the cafe, both towards the garden. The basement contains spaces for educational activities, graphics and archives, as well as offices and storerooms. The interiors conserve the idea of unity conveyed by the external figure. The exhibitions are organized with partitions that do not reach the roof, to take advantage of the openings in the perimeter framing the blue sky. Jean Cocteau was wary of museums. He feared the sight of his works and thoughts trapped in a claustrophobic way in rooms and galleries open to the public. As Celia Bernasconi, conservator of the Museum, reminds us, Cocteau wrote: “paintings are often hanged instead of hung, strung up with a rope until they die”. Rudy Ricciotti has freed the artist’s work from this danger, creating a space that is open to the sea, the city, the sky. A work of architecture that rejects the dictates of modernist tyranny, opting for the value of narration, a dream dimension and design as a possible response that goes beyond the styles of the moment.