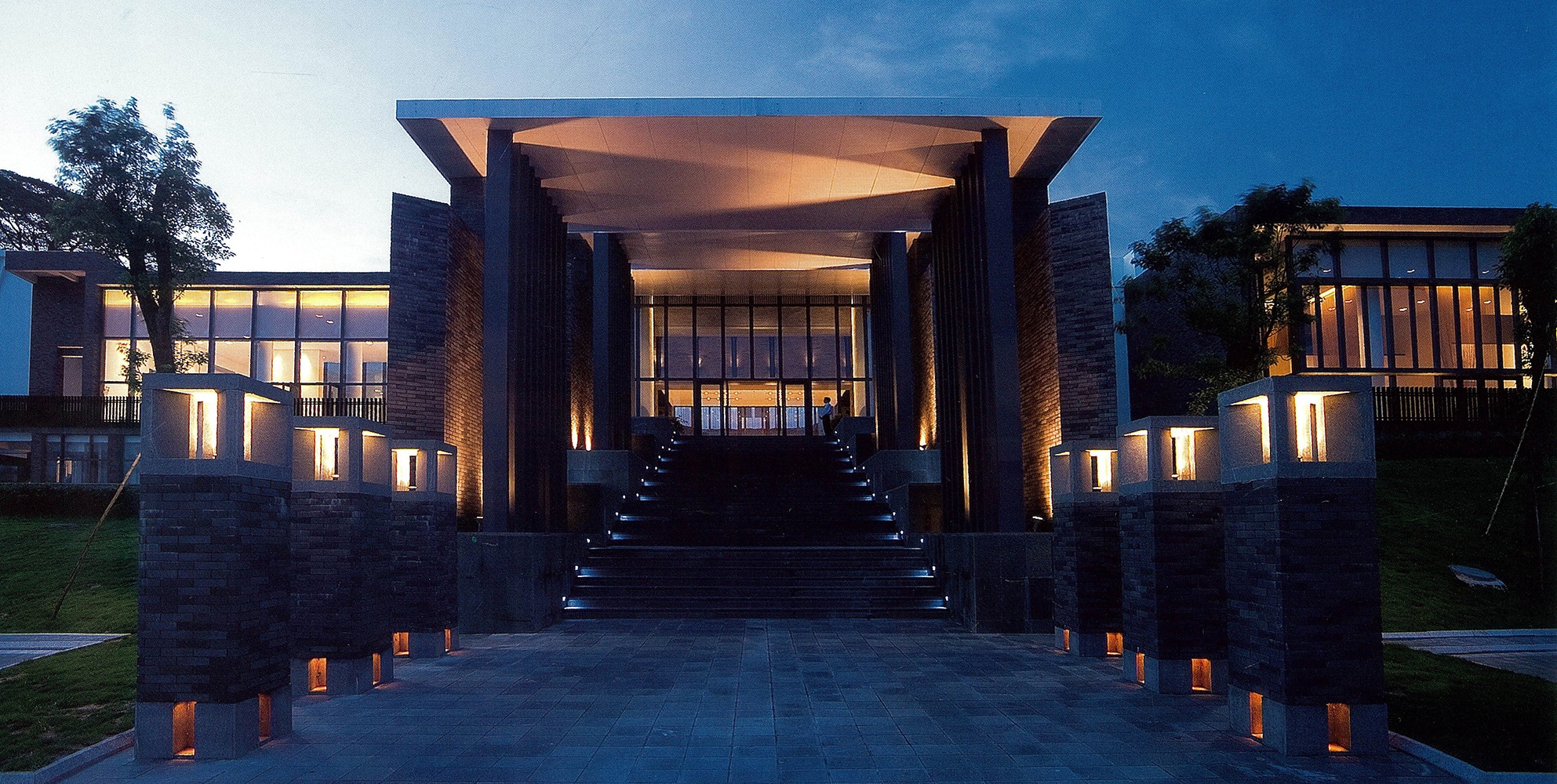 A versatile personality, that of Chen Xiangjing: architect and designer (he opened his first studio in 1983), professor (at China Central Academy of Fine Arts), entrepreneur (founder of Jinghong International Furniture with furniture dealer Chen Xiangdong). A multidisciplinary approach that is also clearly seen in his way of ‘doing’ architecture, and his ability to mix tradition and modernity, Orient and Occident.

“I learned this from Wu Guanzhong,” Xiangjing explains, referring to one of the great masters of Chinese contemporary painting (1919-2010). “I was deeply influenced by his art, his courage, his unique way of combining elements of the past and those of the present, without ever giving up tradition, but always with a gaze at Western culture.”

The starting point is that “natural concept that has existed in the art and architecture of my country since ancient times,” he explains. “But nature goes beyond the simple meaning of landscape, the natural setting of forests and meadows.” The breakthrough, the change of horizon, lies precisely here. Because “to embrace the natural concept means above all not getting away from the true nature of things and an authentic rhythm of natural growth.

All this returns in the elegant taste of his design (furnishings that update the stylistic features of Chinese crafts thanks to new formal research) and his works of architecture. Starting with the Zhongshan Tsinghua Residence: we’re in Zhongshan City, Guangdong province, Southern China, a city of 3 million inhabitants on the western side of the Pearl River Delta, not far from Macau.

The residence is immersed in the landscape: it looks towards a body of water, with mountains at its back. The nature-architecture dialogue translates into simple architectural forms that alternate ‘pagoda’ volumes with squared cuts; empty and full zones; wood and stones featuring geometric textures with smooth white stucco surfaces. The result is a complex spatial arrangement, but well-balanced in its proportions, perfectly hugging the shape of the land with always discreet shifts in level (with a dramatic entrance staircase, that lights up thanks to lantern-lights in the evening).

The central pivot of the whole compositional structure of the residence is the courtyard, around which all the suite-houses rotate: the designer’s idea is to offer maximum privacy to residents, while at the same time guaranteeing great comfort thanks to natural ventilation and balanced, thermally controlled sunlight.

The result is a rich spatial character that brings interesting visual glimpses (small Zen gardens scattered here and there) and also resolves the complex structure of the circulation routes. The interiors are welcoming, with a domestic tone, enlivened by the light that enters in abundance through the large windows. The furnishings also maintain the delicate balance between place and architecture, coming to terms with the Oriental tradition thanks to the direct involvement of the architect in their design and in the interior decorating.

In short, an exercise of connection between East and West conducted at 360 degrees, and above all complete in all its most difficult and delicate aspects.