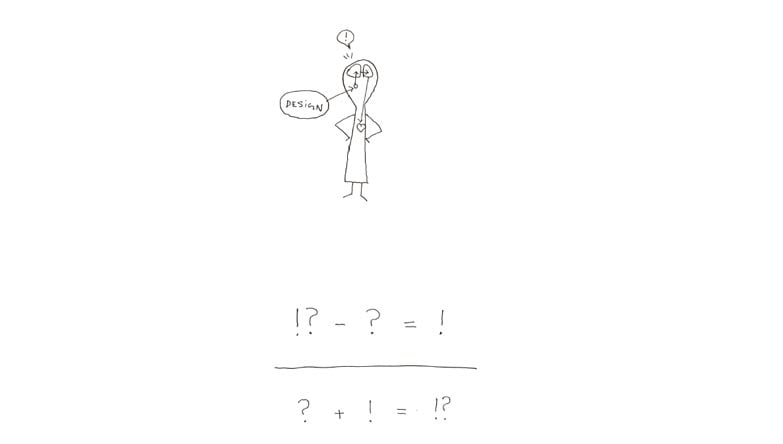 What happens in the mind when we are faced by something that stimulates our aesthetic sensibilities? Which brain mechanisms are set in play? These are the questions the neurobiologist Semir Zeki tries to answer with the help of cerebral imaging techniques that now make it possible to precisely locate the individual zones of the brain that are activated by the experience of beauty.

In recent years this science has made great strides, though mental processes are still a mystery debated by scientists and philosophers. Neuroaesthetics – as Zeki defines it – is a new field of study, combining science and aesthetics. The goal is to demonstrate that every artistic configuration interacts with a sensitive substrate derived from possession of a shared genetic heritage. In other words, the perception of beauty is possible thanks to the receptive nature of the nervous system, which is wired to have this type of experience, and is substantially identical in every human being. Certain aesthetic qualities activate pleasing sensations in many of us because our brain – at a precise level science has set out to discover – is organized according to very similar structures. For the moment, brain scanning techniques have not been used for a systematic study of the relationships between biology and design, though this topic would be of great interest. Recent projects by Oki Sato, alias Nendo, play with the complexity of perception and multiplicity of meanings, at times working on what the brain ‘believes’ it sees, or on configurations to mentally interpret and complete. The works of Nendo present illusory figures, apparent transparencies, invisible screens, tricks that unleash the pleasure of discovery in the observer. The most interesting aspect is that these projects seem to activate universal mental mechanisms, regardless of culture, origin or characteristics of the observer, because they are based on perceptive phenomena shared in the experience of all. On these pages we show certain projects that do not arise from complicated intellectual reasoning, but suggest a less customary perception of reality. Not just intelligent tricks and optical illusions, but acute psychological introspection on phenomena of perception. While today many ideas of Gestalt psychology have been challenged in an experimental context, and research has set off along other paths, the potential of study on the relationship between the senses and the mind is clear in every creative field. In Lyon, Confluence, a school of architecture that includes neurology in its curriculum, was recently opened. One of the people behind it is the French architect Odile Decq, who believes in the need for a transdisciplinary teaching method open to biology, medicine and mathematics. The idea is not to create a face-off between the humanities and the sciences, but to try to make them interact. In architecture and design the use of space or of an object is never passive, but it does pass through many interpretations prompted by the aesthetic and sensorial content of the work, although design – unlike pure artistic expression, for instance – usually produces much less ambiguous readings. Generally, we are led to imagine that the cultural convictions are always prevalent with respect to percepts, for example, when we associate materials with a precise image, color and texture. But today the techniques of reproduction of all types of surfaces have created a break between the perceptive plane and the cultural plane. So much so that imitative materials have enormous success, and more and more people, including designers, are choosing them to replace those whose image they have borrowed. One example will suffice: the reproduction of wood on laminates and ceramics, impossible to distinguish from the real thing in terms of color and texture, can often be sufficient to satisfy the need to surround ourselves with natural material, at a purely perceptive level. The neurosciences can help us to understand if the goal we want to achieve is the ‘truth’ of surfaces or simply satisfaction of formal expectations we can still not completely understand. Today, researchers are working on the idea of a brain biologically prepared for a given experience, instead of assigning – as the critics of neuroaesthetics would have it – a role of pure support for experience to the brain. If, as Zeki asserts, all sensory data are subjected to processes of adjustment to an ideal synthetic concept, imitative materials could satisfy a primitive principle of the brain, a result of our millennia of adaptation to our environment, or just a way of recognizing what it is we need. Maybe wood, stone and other natural materials are already inside us, so today their imitation, which is so precise as to create perfect substitutes, can produce an impressive of equal authenticity for the brain. Were this the case, we could also think about designing a process of adaptation to concepts defined by biology, while architecture and design would become an evolved way of giving body and form to these ‘models.’ Oki Sato also believes that experiences stored in the brain are used to construct a library of archetypes. A design project has to be recognized on an intellectual plane, but above all it has to activate an unusual look at reality, to bring emotions, even disrupting the library of acquired ideas. Only if it gets past this filter can it reach the heart. To design is an activity that puts the designer’s brain and the user’s brain into a relationship, because there are many possible solutions, all different, all equally effective on a functional plane. A multitude of artifacts exists, chairs, tables, utensils, all equally well designed, but not all thrilling. So the quality that sets them apart can be identified as the efficacy of the sensorial and intellective stimuli. This quality is the essence of the poetics of Nendo.