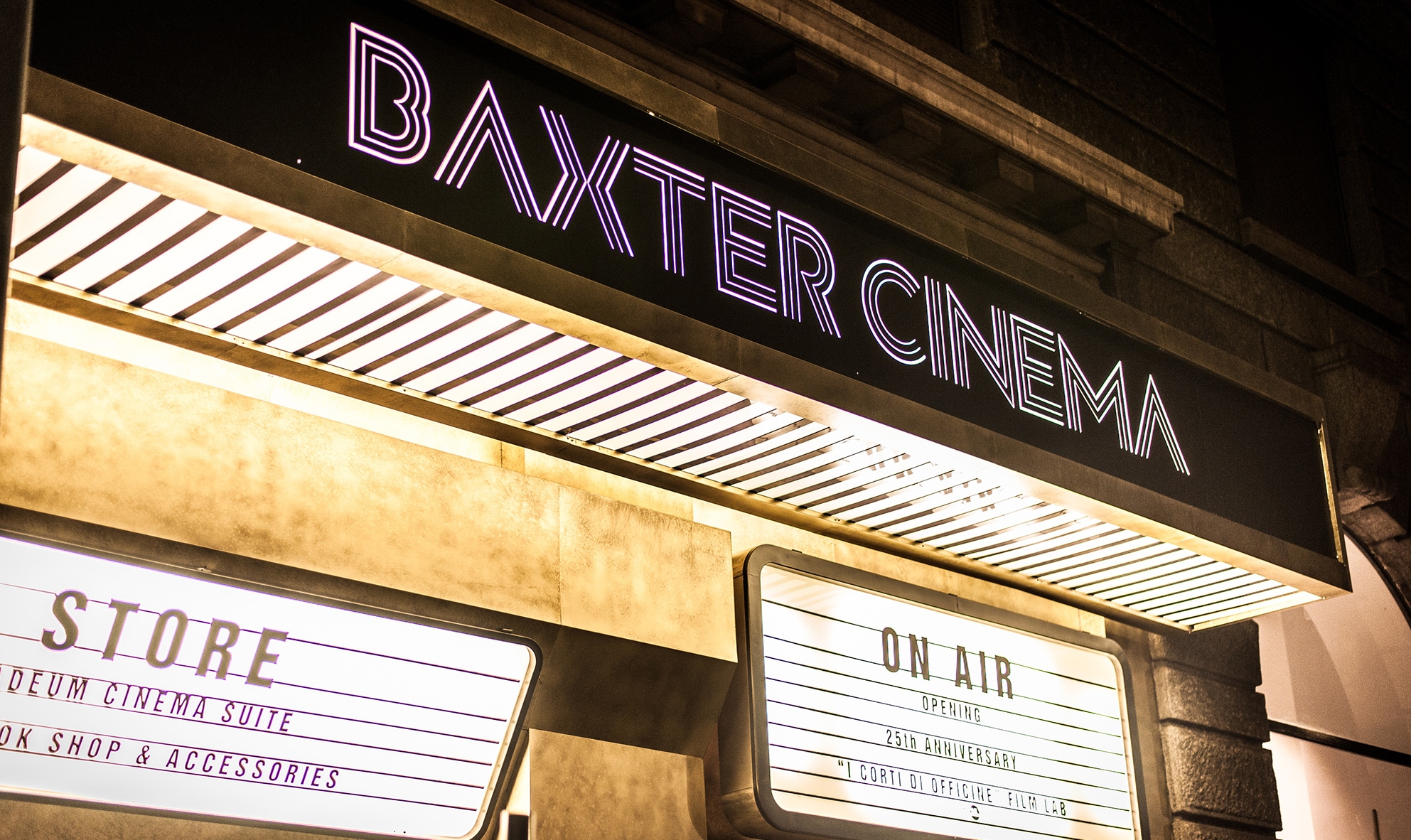 The people of Milan remember the President cinema on Largo Augusto as “the one with the comfortable seats,” and they have always regretted that the facility was closed, along with many other movie houses in the city. Today it is opening again, but with a new function, though the idea of total comfort remains.

The sign (which reads Baxter Cinema) and the seats are still there, in short. The opening of the store is the high point of the celebrations for the 25th anniversary of the company based in Lurago d’Erba, which has managed to construct – around one elective material, cowhide – one of the many stories of excellence of Italian furniture and design, a story of quality and research.

Paolo Bestetti, CEO of the company (“the brain”), and his brother Kicco (“the brawn” at the helm of the studio Bestetti Associati, in charge of the architectural renovation), agree on the idea of this space as a dynamic zone, a gathering point for communication, an alternative to the traditional idea of a store.

In fact, next to the classic (so to speak) display of sofas and armchairs in the windows, the facility embodies the lively setting of a club-bar with a total Baxter look, connected to but independent from the store, in which to have an informal relationship with customers and to convey the identity and quality of the brand.

“We always look for places with character, with a spirit to conserve, when we are trying to portray the image of the company inside a space,” says Kicco Bestetti, “which is why we have conserved the original theater arrangement.”

With an area of over 1200 square meters on two levels, the space reflects the existing structure, conserving the steps leading from the street level to the underground heart of the building. “Here, we have left the big screen at the back of the hall, and preserved the paths, niches, panels, spatial perspectives. Even the old telephone booth has become an opportunity for reinterpretation. This is an example of integration between architecture and visuals, i.e. styling, the choice of colors and objects, done with a team guided by the architect Stefano Guidotti.”

The spacious organization of the hall is accompanied by micro-sets, a refined bookshop with vintage fashion and design publications, corners that present the creativity of young designers and artisans (makers of handpainted wallpaper, original cowhide objects, or the maquillage of vintage furniture). Operative offices and consulting areas are bordered by glass, and a mysterious volume hosts the Cinema Suite project, for professional home cinema, in partnership with Adeo Group.

Everything is controlled by an automation system that covers all the components and functions of the space, first of all the luminous atmospheres, designed by Viabizzuno. The collection of upholstered items and furnishings, literally displayed in the seating area of the cinema, stands out as a choral project of different personalities, forming a coherent story.

“It seems like the home of an artist-traveler,” says Paolo Bestetti, almost with surprise, given the fact that “in 25 years this is the first time we have stopped to look at how we have evolved. From the roots, when we were offering leather products with a very English taste, to a second period marked by the encounter with Marco Milisich, who gave the company its more casual look, introducing the vintage aspect of cowhide and leather. All the way to the arrival of Paola Navone who has been our guide along the path of design.

She has been the winning element, because she has helped Baxter to discover its own unexpressed values, adding an informal aspect to products but also with extreme elegance, at times by using leather as if it were fabric.” In these passages “there has always been a red thread, cowhide, refinement, the quality of the product as intrinsic value. Beyond the personalities of the various designers. The sophisticated and informal elegance of Paola Navone, the magical sense of proportions of Piero Lissoni, the formality of Thun and Rodriguez in the crafting of details and the working of the leather, the international perspective of personalities like Doriana e Massimiliano Fuskas, the energy and brilliance of Vincenzo De Cotiis, the somewhat Deco elegance of Roberto Lazzeroni, the decorative exuberance of Draga Obradovich.”

What is Baxter today? Kicco Bestetti smiles and replies: “my brother’s look – jacket, tie and old sneakers – says it all.”