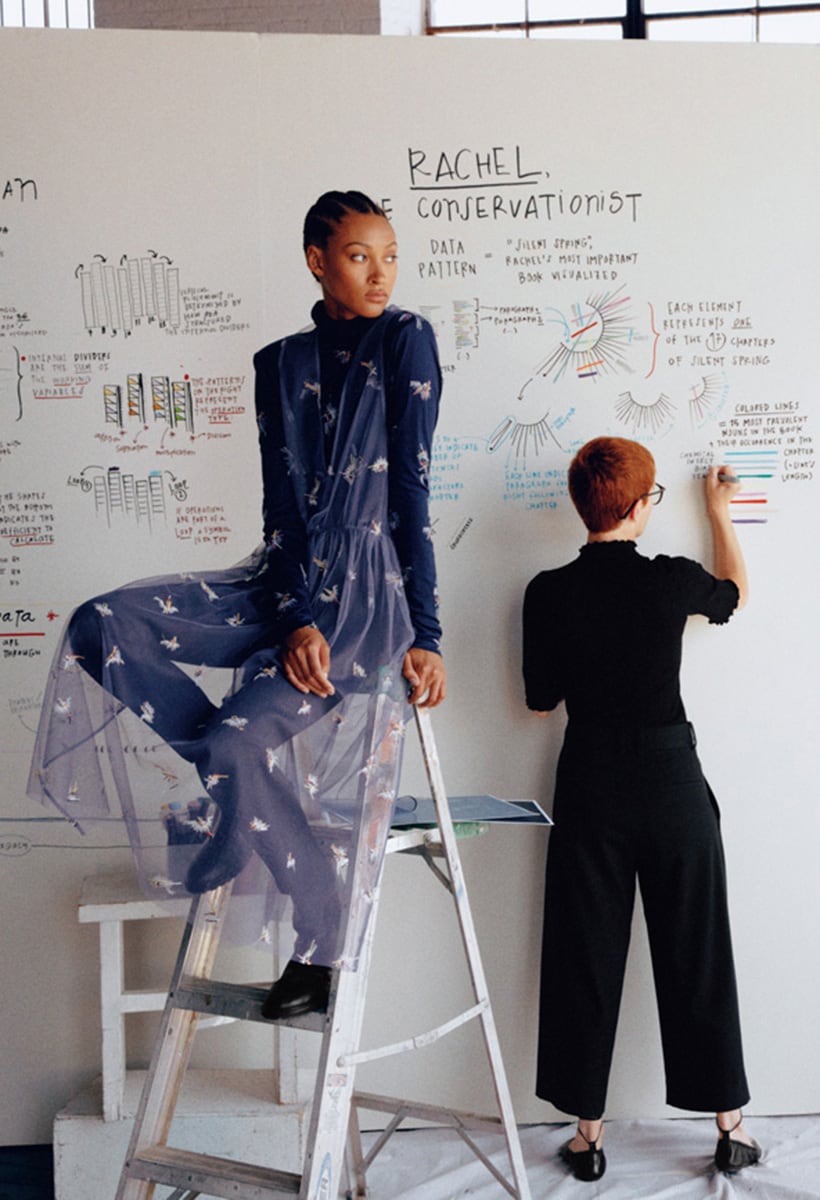 Today the visual narration of a product places the message more and more at the center. We witnessed the transition from the communication of the object to that of its concept and its intangible part has become increasingly important to convey the philosophy of the brand

The fact that communication has a strategic value on a par with that of product design has been a given since the first globalization of the mid-1800s. But it was with the advent of the historical avant-gardes in the 1920s that the product-image combo began to be more complex and detailed. In 1924, the young Herbert Bayer, still a student at the Bauhaus, designed a booth for Regina toothpaste, where the product is suggested by the smile of a beautiful young woman, with the brand’s name broadcast by a speaker and even a sort of smoke signal emerging from the top of the advertising box. The toothpaste was missing: the communicative booth concentrated on effect, not the product per se. In 1933 Fortunato Depero further boosted this concept with his Campari pavilion, where three-dimensional letters loomed, displaying only the typography of the brand without the presence of any beverages or any packaging.

Also Olivetti, a company always studied as a worldwide case history by all the giants of the tech sector (Apple, first of all), often worked in terms of the passage from product to concept communication. While the first years of Olivetti graphics focused on the visual associations of great illustrator-painters like Teodoro Wolf Ferrari (the M1 and Dante Alighieri) or Xanti Schawinsky (the MP1 and the red-lipped starlet), with Giovanni Pintori the advertising of the Ivrea-based company shifted towards the concept expressed by the machine, rather than its physical formulation. Images were created to address the idea of calculation, with abstract solutions reminiscent of programmed art, the perfect visual summary of the new ‘civilization of machines.’ The next step in this history of emancipation from the image of the product to the pursuit of communication of the brand’s philosophy was to use media that are completely extraneous to graphic design. 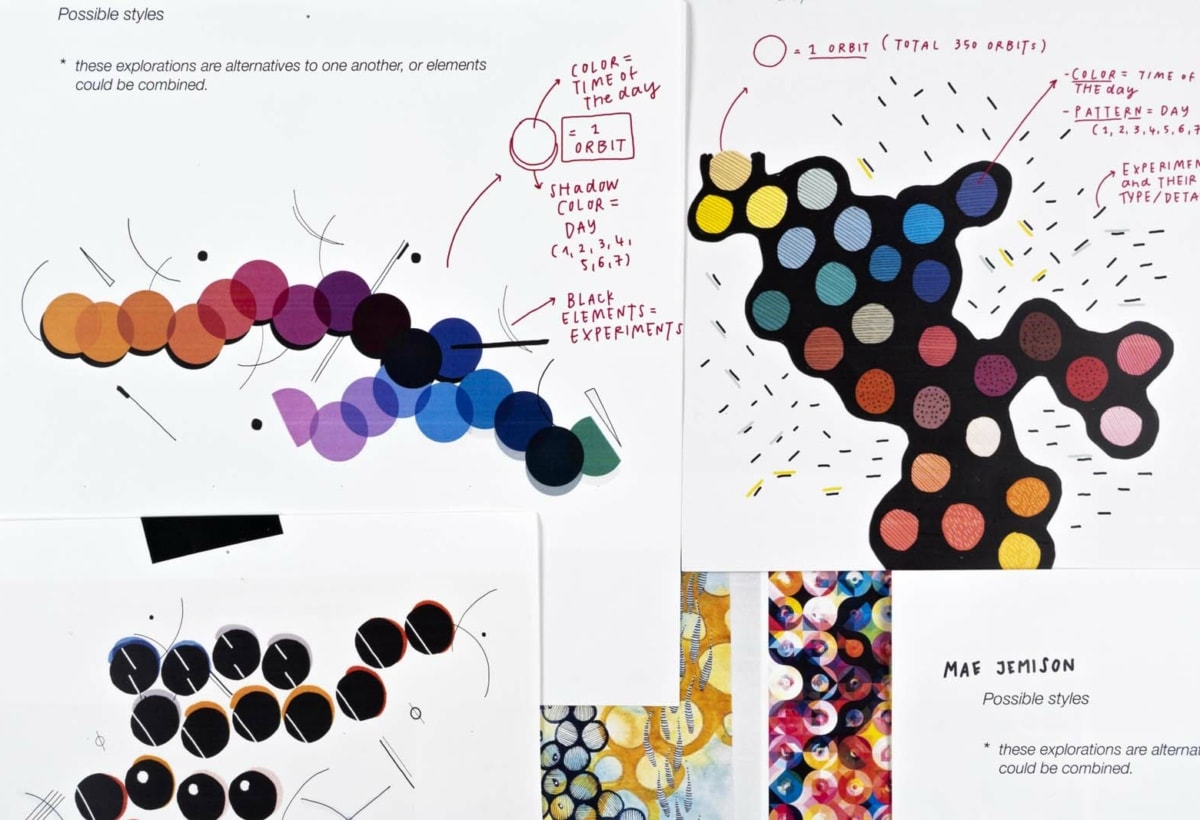 4
Giorgia Lupi for &Other Stories Co-lab, 2019. Courtesy Giorgia Lupi, Pentagram - &Other Stories. The information design of Giorgia Lupi, in collaboration with the fashion brand & Other Stories, for a project where storytelling coincides with clothing. The patterns of garments narrate the stories of three great women: the mathematician Ada Lovelace, the astronaut Mae Jemison and the zoologist Rachel Carson. The garment thus becomes a tool for communication, going beyond its nature as a sign of identity.

Overseas, the Eames Office was revolutionizing the idea of brand communication. Charles and Ray did it first with Herman Miller, for which they created ad campaigns to transfer the spirit of the contemporary style they were the first to embody. But it was their ability to communicate thought and the formation of ideas through multiple media that brought them commissions to create some of the most innovative projects in the history of visual communication. Such as the famous Powers of Ten, a voyage from man to the galaxy and back to subatomic particles, created for IBM, in which what the product can do is more important than how it is shaped.

Getting to the near present, Studio Formafantasma has opened up a visualization mode that sets the pace for an entire generation. It is not based on a single product, but on an overall vision that shifts from the finished product to the research process, prior to the product itself. If the form is a ‘phantasm’ then the attention concentrates on experimentation, on the process phases, the sequence of investigation that first of all addresses the matter of material. To grant visual narrative form to all this, the Enlightenment metaphor of the table of the elements of the Encyclopédie offers an interesting precedent. From Autarchy to Botanica all the way to De Natura Fossilium, the passages and tools of speculation on material are aligned on an operative plane with scientific elegance and the rigor of the laboratory, ranging from grain to organic plastics to lava.

“
The fact that communication has a strategic value on a par with that of product design has been a given since the first globalization of the mid-1800s. But it was with the advent of the historical avant-gardes in the 1920s that the product-image combo began to be more complex and detailed."

In the latest projects, Ore Streams and Cambio, the investigation turns to electronic waste and timber, a contemporary material and a very old one. Here the modes of narration are enriched with sites that gather data (documents, interviews), films produced for the occasion, and the use of social networks, as seen on the studio’s Instagram account. The public channel is not just a filing cabinet filled with updates on recent works, but a channel used with a design approach, as a digital archive open to the web. The organization of data takes on greater importance than the presentation of the material itself.

In Cambio, as in Ore Streams, the emphasis is not on the final product that emerges from the process, be it a desk made with computer ‘fossils’ or furnishings made of wood. The focal point is analysis of the meaning, today, of the design of materials that cannot be recycled, damaging the ecological balance, or materials whose coercive cultivation betrays the laws of natural sustainability. Hence the communication of the immaterial part of the project takes on the meaning of the project as a whole, and the ‘brand,’ in this case, is the identity of the designers and their vision. The management of data visualization has a degree of creativity absolutely comparable to that of the design of the product. 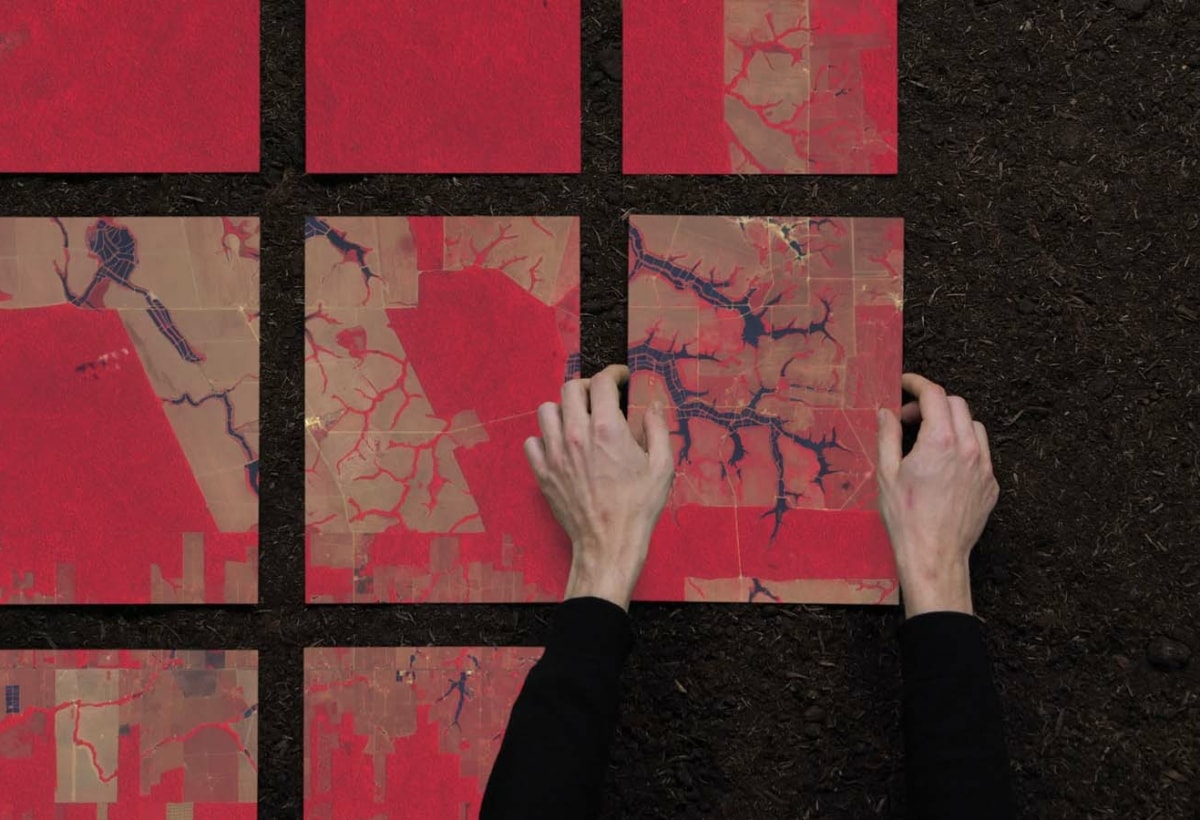 2
Studio Formafantasma, Cambio, 2020.The latest research by Andrea Trimarchi and Simone Farresin focuses on the supply chain of an eternal material, wood, always considered ‘natural’ and ‘sustainable.’ Deeper investigation in this project reveals the damages caused by monocultures, challenging appearances and assumptions. The true result of this work is the research itself, communicated with multiple media, from videos to digital archives, including the Instagram account of the studio and a traveling exhibition of physical exhibits.

This aspect is very clear in the work of Giorgia Lupi, an information designer who works with forms and colors to make data become visually usable. The designer develops aesthetic codes that transmit articulate messages, conceived for reasoning and reflection in an appropriate time of exposure. In 2019 she was involved in a collaboration with the fashion brand & Other Stories. Immediately, in her eyes the match between product-code (a system always utilized to communicate identity) and message-code became the source of extraordinary narrative impact. The opportunity was to design a sort of ‘wearable message,’ a kind of storytelling in garment form. The theme focused on women who have been sources of inspiration. Three were identified, in three different fields of human endeavor: Ada Lovelace, a 19th-century mathematician known as the creator of the first ‘software code’ and a discoverer of algorithms; Mae Jemison, the first woman of color in space; and the zoologist and biologist Rachel Carson, founder of the contemporary environmental movement.

Their exemplary lives are translated into signs and colors, each responding to a precise legend that will then be deciphered and explained on the tote bags that contain the garments. The clothing is thus ‘dematerialized’ and the message takes center stage. The pattern, as in ancient codes, returns to having value for its beauty, but also to signify, to narrate and bear witness. If the medium is the message, then in this case the garment is the message, composed of information transmitted and visually organized.

In the contemporary world, what is immaterial (data) has more impact on material than matter itself; its liquid, formless and apparently evanescent nature is managed and governed by the designer, who has enormous power today, more than ever before. The forms that can be assumed by data are infinite, and brands can choose the people they entrust with making a story come to light. Products change, but design and its ideas remain.