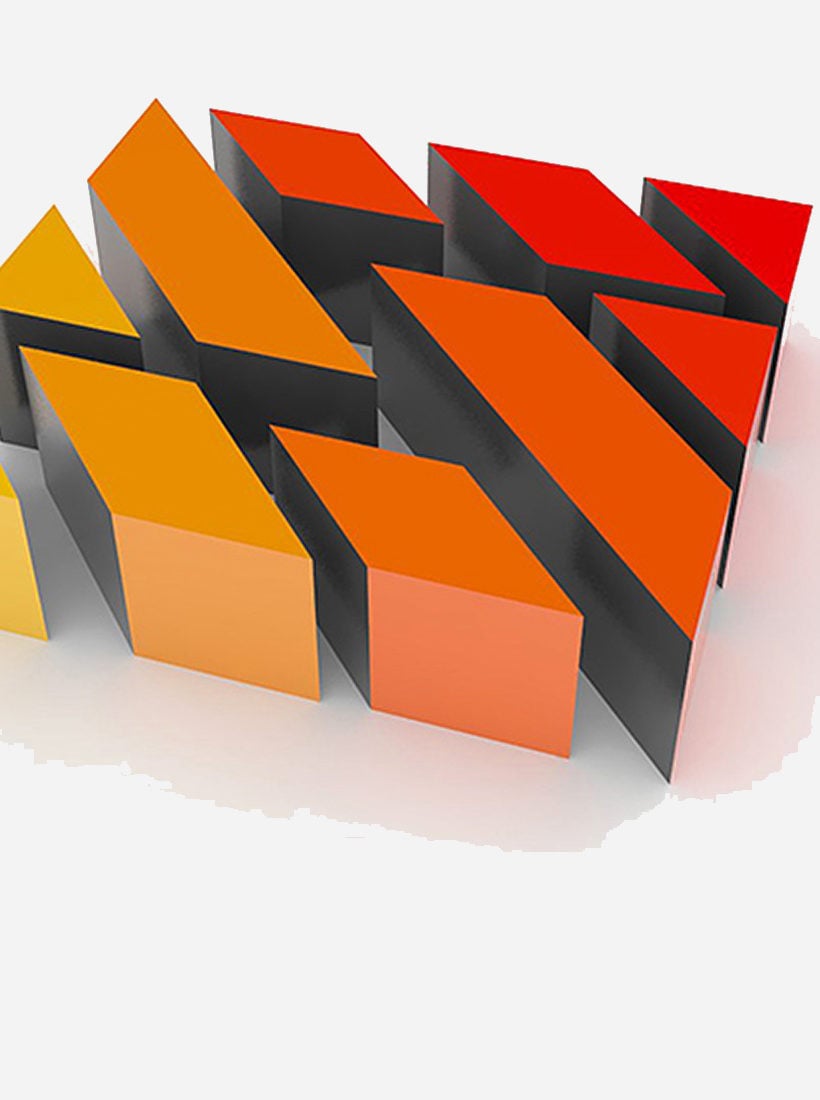 #New York
Beyond the border

Europe’s perception of American design has always been mutable. For decades the USA was a haven for designers and theorists from the old continent, who found a productive world in which simplification and pragmatism triumphed over stylistic and decorative logic.

Just consider the Fordist model of factory organization and the production line, a reference point for years for Olivetti and all enlightened businessmen in Europe. American design has always been proud of its industrial character, its dimension of belonging to real everyday life.

It is no coincidence that the first designer to make the cover of a mass-market news magazine was Raymond Loewy, on the cover of Time; a symptom of the popularity and familiarity of industrial products in American starting in the 1930s.

During the postwar era two giants of the furniture industry came to the fore: Knoll, with its international vocation, its focus on the European masters of rationalism, and Miller, with a catalogue that boasted authentically American roots, and a lifestyle that taught the American people a nonchalant approach to living.

Which corresponded to design philosophies perfectly personified by Saarinen, the great architect who designed furniture with Knoll to round out his idea of space, and the Eames, who with Miller experimented with forms, materials and colors, but also with communication in all its aspects.

While these examples remain milestones familiar to many of the history of design Made in USA, the same familiarity cannot be found when it comes to the contemporary state of the art in America, in a context of great economic potential, but one that in many ways has yet to be investigated.

A country where with respect to Europe design does not inevitably rhyme with decor, and instead offers advanced examples in other product areas: Nike, Apple, Google are just a few of the companies that make American design a synonym for excellence in different sectors.

In these cases, furthermore – except for Apple, which for years has stated the central role of the figure of Jonathan Ive – the product and the brand usually overshadow their authors. Yet American schools turn out hundreds of talented graduates each year, with the most promising emerging from the Rhode Island School of Design (RISD), the Savannah College of Art and Design (SCAD) and the legendary Cranbrook Academy of Art (that of Eames, Saarinen, Bertoia and Florence Schust).

Historically, one field of activity where American designers have always stood out is that of graphics. Just consider the fact that the most visited design blog in the world, with about a million visits per month, is Design Observer, founded by Michael Bierut, a graphic designer of the famous studio Pentagram.

Nevertheless, the American scene still has something elusive about it, hard to encode. Marc Benda, owner of the Friedman Benda Gallery of New York, one of the world’s leading talent scouts, says that “the design scene in the US has transformed itself over the past few years.

A young generation of highly individualistic creators is emerging. What’s fascinating is that they’re building a new understanding of American contemporary design, rather than rely on tradition. Often, this intersects with contemporary thought in sculpture and an approach to creation that is intuitive and craft-based. US design is becoming very expressive and gestural, rather than remain tied to the functionality of its objects.”

This is confirmed by the presence of American talents among the gallery’s choices, who not by chance are among the youngest in the catalogue, together with the Dutch. Observing the works of Adam Silvermann, Chris Schank and Misha Kahn, there can be little doubt that the territory of reference is that of Art Design and of the mixing of genres, certainly a far cry from the repetitive character of industrial production.

Steven Haulenbeek, a designer based in Chicago, speaks of his sculptural background, though his approach seems more international, closer to that of many European colleagues and contemporaries. “I started my education and career as a sculptor,” he says, “and then transitioned to industrial design, but today I have settled in the gray area between the two. I am most interested in material exploration and discovery of new fabrication processes, as can be seen in my latest works.”

Pieces Steven sells independently or through online platforms, thanks to e-commerce which in the USA is accepted as normal, much more than it is in our country.

All the players on the contemporary American scene seem to agree on one point: American design cannot be defined in a single perspective, as it is composed of cultural and geographical realities that are too vast to find absolute lines of identity.

But at the same time the figure of the new designer embodies an entrepreneurial approach that was perhaps not so familiar or feasible for previous generations. Marc Thorpe is a typical example of how an individual can create a small business, with a studio that operates in the areas of both limited editions and serial products, crafts and large international corporations.

Squeezing him into the category of the young American design would not do justice to the range of his activities, and neither can the portrait composed of many little faces be made to emerge as the only authentic assessment of the scene.

“I always had a very difficult time being labeled an American designer,” Thorpe says from his studio in New York. “My understanding of American design is that it’s sort of an empty slogan – it doesn’t really exist. America is not a style, America is an idea. And the idea is about diversification and having your own voice.”

The only sure thing, then, is that the America of design today is pluralist, and it is certainly not interested in designing – or erecting – walls to shut out the rest of the world.