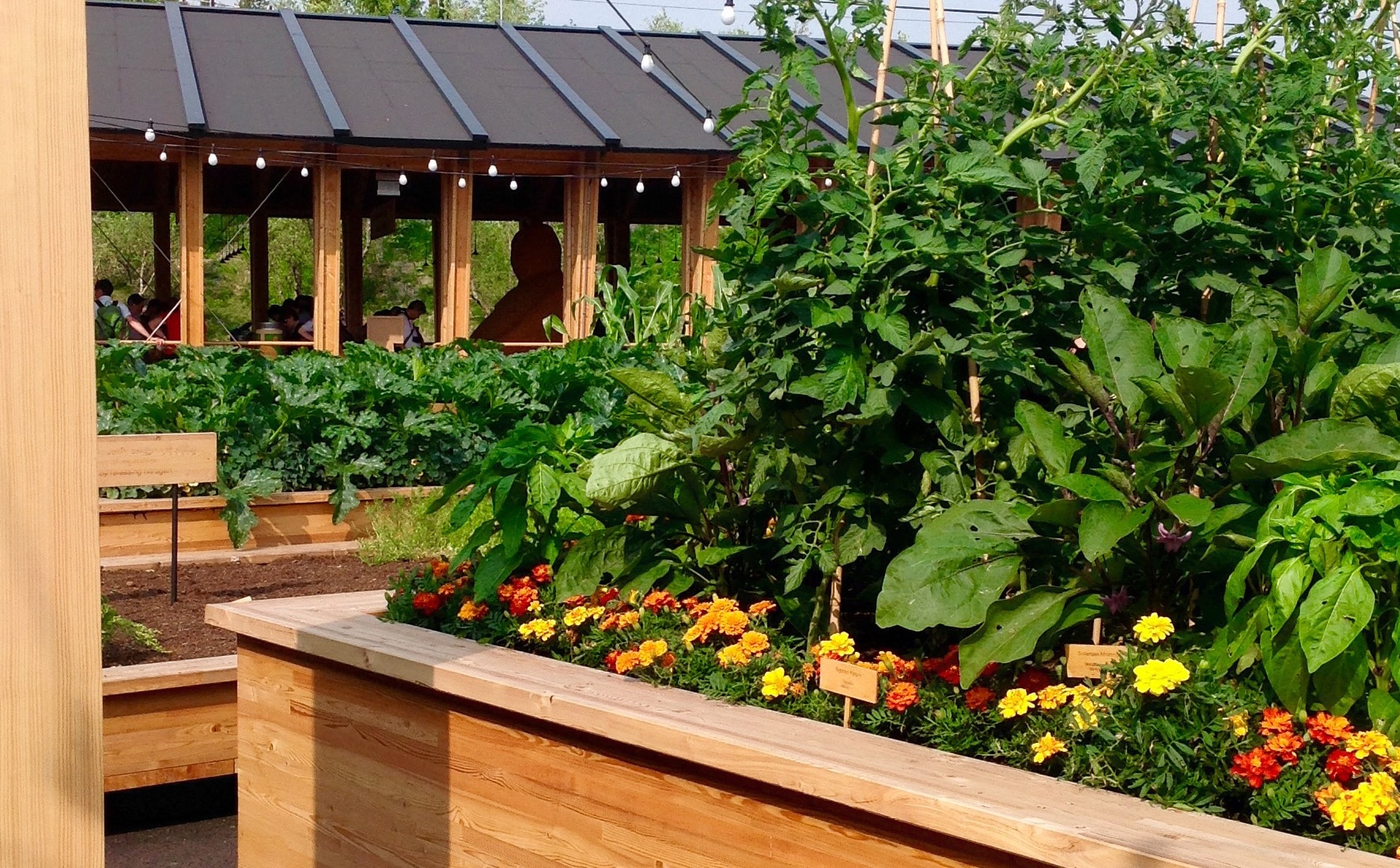 We met him at the Slow Food Theater, next to the Mediterranean Hill, at the end of the Decumano. Carlo Petrini, together with Jacques Herzog, co-founder with Pierre de Meuron of the famous Basel-based architecture studio, presented ‘his’ pavilion for Expo 2015 to the press. Or, actually, his three farmhouses in larch wood, built around a large vegetable garden, where the topic of the day is biodiversity.

HOW DID YOU CONVINCE THE STUDIO HERZOG & DE MEURON TO COME BACK AFTER THEIR DECISION IN 2011, FOLLOWING A LACK OF AGREEMENT ON OBJECTIVES BETWEEN THE STUDIO AND THE ORGANIZERS, TO NO LONGER COLLABORATE ON THE MILAN EXPO? I made a phone call. It happened thanks to our friendship, based on sincere common interests and visions regarding the future of our planet. I have to thank Jacques Herzog and the whole team of the studio, because they have perfectly interpreted the idea: to take part in Expo Milano 2015 in order to address themes that are important to us, first of all that of biodiversity. To guarantee good, clean and healthy food for everyone, we need to begin again, precisely from biodiversity, which means knowing about and defending the wealth of our planet, not wasting resources by exploiting the land, by always demanding more in the name of hyperproduction that destroys soil fertility, and does not respect the need to pay close attention to the consumption of water. Biodiversity is the most precious factor for sustainable growth…

…BUT THE TERM SUSTAINABILITY SEEMS A BIT OVERUSED TODAY: WHAT DOES IT MEAN TO YOU ?

The concept is expressed nicely by our French neighbors, who translate ‘sustainable’ as ‘durable’ or lasting. Any activity we perform in agriculture should have positive effects over the long term. Poisoning the earth can not last very long; exploiting hydric resources in an irresponsible way cannot last very long… Sustainable means everything that is necessary to give things a life that continues in the years, over time.

SHOULD THE PARTICIPATION OF SLOW FOOD AT EXPO 2015 BE SEEN IN THIS LIGHT?

Of course. We wanted to be here at the Expo to construct a discussion that can have lasting effects. The Universal Expositions of the 21st century cannot be reduced to extraordinary aesthetic feats, temporary self-referential festivals of the participating countries: we have to focus on content. And the Arch. Herzog has done a good job of interpreting the Slow Food philosophy in his work, translating the concept of sustainability – durability – into architectural form.

With a simple, almost archaic wooden structure, conceived for sobriety. In the project development Herzog and his team used a moderate, reserved language, in tune with Expo 2015 whose slogan is: ‘Feeding the Planet’: an opulent and redundant work of architecture would have been quite out of place. But there is also a facet of durability: thanks to the modular design, the three farmhouses can be dismantled and reassembled elsewhere for the community (and those who need them most).

IN SHORT, A PAVILION FULL OF RESOURCES…

…Definitely, also because on 6 October it will host Terra Madre Giovani, a very important appointment on the theme of biodiversity and environmental protection, which for one week, starting on 3 October, will bring hundreds of young farmers, fishermen and livestock breeders to Milan from all over the world. With their youth, passion and commitment, they will give a soul (and a true meaning) to Expo 2015. That is why we have decided to be here.

The structure is in wood, with prefabricated modular pieces, for easy dismantling and reassembly (Rubner Objektbau).
The pavilion is made of three buildings forming an internal triangular space that contains a vegetable garden.
#Design #Projects