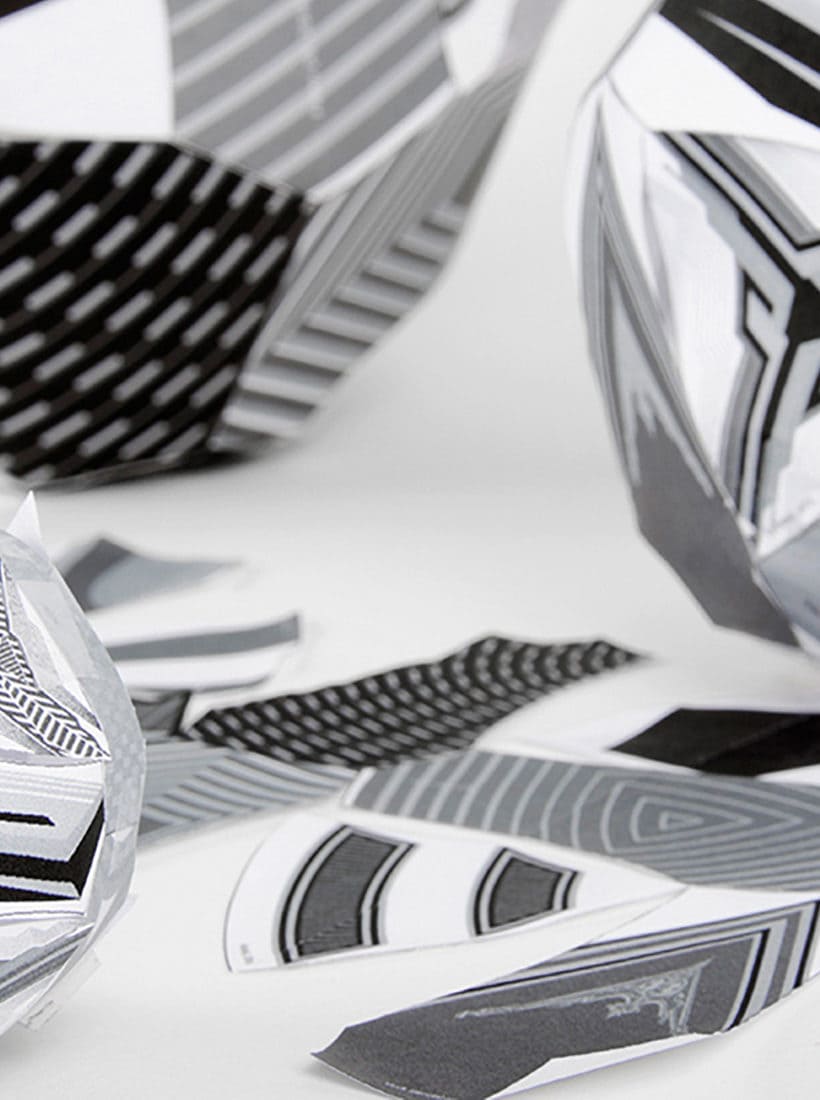 In order to better understand what is happening now on the scene of Mexican design, going back almost ten years can be useful. In 2008-2009, two projects connected with Mexico gained the attention of international news.

The first was a rug designed by a group of Mexican designers for Spanish brand Nanimarquina. Their name was NEL Colectivo and they are Ricardo Casas, Cecilia León de la Barra, Héctor Esrawe, Alejandro Castro and Emiliano Godoy. The rug had an absolutely international language, almost conceptual in its shape and content: a white island on a blue background from which there emerged a small, defenceless Polar bear, as a reference to global warming.

The second was a research project carried out by Hella Jongerius who, thanks to the association The Nature Conservacy together with the Cooper-Hewitt Museum, New York, came to Mexico to rediscover an ancient material, natural latex taken from rainforest trees. The result was the Chicle collection, terracotta pots in dialogue with chewing-gum according to a rather unusual approach.

These two projects showed clearly defined roads: a leaning towards the world and the international market by Mexican designers and, at the same time, a rediscovery by European designers of craft techniques, materials and processes that took them to those countries where these traditions are richer, such as Mexico.

A few years later, many Mexican talents came to Europe to study and would learn to what extent design in a small series can become richer by exchanging with ancient craft traditions, and came back home with many new perspectives.

At the same time, many of them continued to tend towards the series international market of medium and large scale. Two of the representatives of NEL Colectivo, Alejandro Castro and Emiliano Godoy, set up the Pirwi brand in 2007, one of the strongest series companies in their country and with good fame abroad.

Their way of conceiving design, like that of Héctor Esrawe, the ‘senior’ designer in the group, is very close to that of many of their European, Eastern and American colleagues. And the Mexican side in their products can be found in the materials and manufacture, much less in the look of such products that are mostly in line with global production.

In terms of rediscovering craft roots, the most interesting cases are those where designers and craftspeople meet and give life not just to products but also to true unusual commercial forms for local situations, with the help, of course, of the web. Their stories are a true exchange on equal footings: innovation for tradition, contemporary experiments serving ancient techniques, a new approach for old materials.

It happened, for example, to Liliana Ovalle who in 2015 worked together with Colectivo 1050°, a platform that markets and protects ancient Oaxaca ceramics, based on the work of Innovando la tradición, a network of craftspeople and designers set up by Kythzia Barrera, a designer who graduated in Eindhoven. Ovalle, a Mexican designer based in London, came in touch with the group of Mujeres del Barro Rojo, an incredible community of craftswomen who work together, linked by family relationships and their knowledge of ceramic techniques.

The result is a series of Open Fires vases and plates, where black and red colouring is obtained by burning red ceramic for a second time. Liliana works by adding her culture of contemporary designer, used to exact dimensions, to the unpredictability of their techniques.

“These women,” she explains, “do not work with centimetres or technical drawings, therefore their questions had more to do with the quantity of water necessary to make the pieces, for example. This approach is totally different from the one I am used to, but many of our conversations occurred by means of Whatsapp. We did not use centimetres, but we talked with Whatsapp!”.

The pressure between local icon and international resonance, between past and present is shown, in other terms, also in the project by Moises Hernandez, a designer of Mexican origins who graduated from ECAL in Lausanne, and who reinterpreted for Volt one of the national glories: the football.

He drew inspiration from folklore masks, while Ana Jimenez, who graduated from Central Saint Martins, together with Los Enmascarados, is author of anthropomorphist, animist, magic and colourful pieces of furniture, full of mystery like fairy tales and legends.

Also the Ad Hoc group, established in 2014 by designer Juan José Nemer and architect Mauricio Alvarez, chooses the road of putting together ancient and modern, by mastering techniques and details. Clear evidence is his woodworking production, where often legs are turned with quotations from the past that resonate like precious pearls, as in the Antelmo tables. Or, even more straightforward, in the use of the Papel Picado technique, the paper inlay for decorations for popular festivals, used to make the surface of Huixcolotla container more valuable.

Fernando Laposse, another Mexican who graduated from the Central Saint Martins, recently made for Selfridge in London an installation that plays on a new interpretation of a material and a craft technique, Cachetadas, sugar lollypops prepared for parties. The layers that make up the installation work with incredible effectiveness in his research on overlapping colours, achieving results that the author then uses in his glass-working activity.

Mexico resonates in our mind also for its textile tradition, which is one of the most ancient and famous in the world. Here the story receives some Italian hues. Maddalena Forcella from Italy moved to Mexico and spent twenty years studying local textile techniques and the secrets of vegetal dyes.

She worked in close contact, in Chiapas and in Oaxaca, with female craft communities that have always handed down their art by their hands and voices. This partnership now generates iridescent fibres that change with the harvest and the seasons because they totally come from natural plants and wool.

The result is rugs that recall the waves of the sea or stormy skies, where the ever changing raw material is the same as life. Such a different colour from industrial colours, to which we have become so used, and so difficult to accept in its variability, when market asks for plastic certainties.

A world of colours that, if we were able to recognize them, would reveal its long history, starting from far away in time and space to get straight to our dulled senses. Because it is very clear that we must come or go from very far away to recognize the value of what is closest to us.

Bluegame BGX60: revolution on board