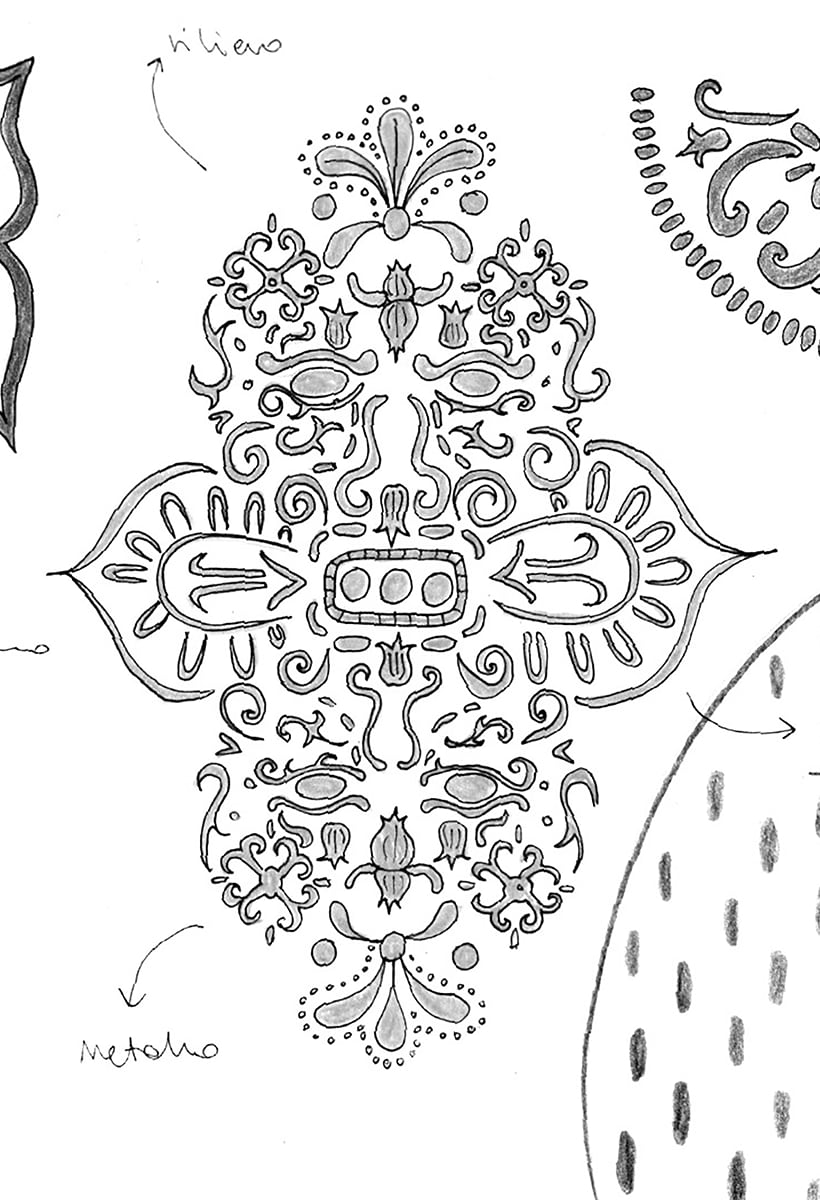 A new generation of women designers are taking over the contemporary design scene. Young, italian, determined, they bring an original expressive approach unencumbered by the classic rules of so-called ‘good’ design

Talking about design and women isn’t easy: there is an air of insistence, as if women designers were still in a separate category, or a troublesome one as well. Exhibitions are organized, like “W. Women in Italian Design,” a courageous initiative at the Triennale Design Museum in Milan, urged and curated by Silvana Annichiarico in 2016. I don’t remember any exhibitions on men in design, as such, which makes it seem like projects by women are something outside the norm, deserving separate treatment and making news not for their intrinsic quality, but due to the factor of gender.

To call into play seven young international women designers – as Evelina Bazzo did in 2017, with her project “Tracing Identity” for De Castelli – with their own original expressive approaches (Alessandra Baldereschi, Nathalie Dewez, Constance Guisset, Francesca Lanzavecchia, Donata Paruccini, Elena Salmistraro and Nika Zupanc), still seems like a provocative action. This is what emerged in the debate following the presentation of the catalogue, involving seven female design critics, during which the usual polemical stereotypes were also bandied about by the opposite sex.

Maybe in a cruder way even than usual, because in this historical moment in design the new female generation is proving to be alternative, original and gutsy, faced with a much more prudent, standardized set of male counterparts. This was evident in the installation “Welcome!” by Chiara Andreatti for Fendi, curated by Maria Cristina Didero, at the latest edition of Design Miami, and in the major exhibition “Actio!” on the work of Constance Guisset at the Musée des Arts Décoratifs in Paris, curated by the director of the institution Olivier Gabet and dramatically staged by Constance herself. So the year 2017 came to an end in Miami with an important installation by a woman, and 2018 began in the French capital with an exhibition on two levels focusing on a young woman designer.

“
Young women designers have to work harder, avoiding pitfalls, because they are not allowed to make mistakes, but they are very determined and know how to interpret the moods of an era, managing to still come up with surprising ideas in spite of a saturated market. ( Constance Guisset)"

The signals of change are not lacking. Young women are multiplying their commissions and their products. The market approves, though design critics are still wary. There is still a sneaking suspicion that women are successful because their projects are more decorative and romantic, in keeping with the latest trend, but that ‘pure’ design is something else again, having to come to terms with the market and its temporary fads, embodying rigor and clean forms as indispensable attributes. Young women designers, Constance Guisset says, “have to work harder, avoiding pitfalls, because they are not allowed to make mistakes,” but they are very determined and know how to interpret the moods of an era, managing to still come up with surprising ideas in spite of a saturated market.

Here are a few profiles of women with very original, expressive approaches, who have worked with many manufacturers of furniture, complements and objects, bravely sticking with their own personal poetics, and not to the rules of so-called ‘good’ design. 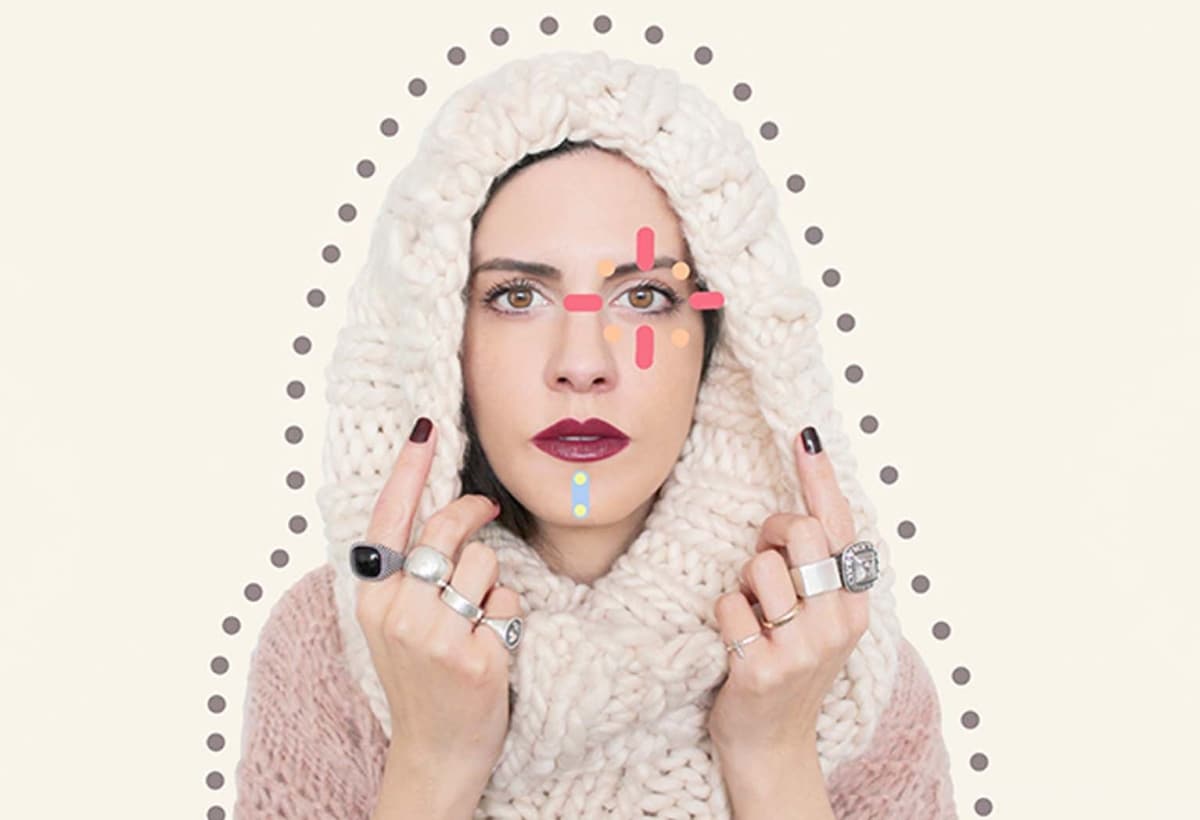 5
A portrait of Elena Salmistraro


A product designer and artist, she lives and works in Milan. After taking a degree at the Milan Polytechnic, in 2009 she opened her own studio. She works with many companies including Alessi, Bosa, Seletti, De Castelli, Bitossi Home, NasonMoretti, Stone Italiana; with the Milan-based galleries Dilmos, Rossana Orlandi and Camp Design, and with Secondome in Rome. In 2016 she was part of the exhibition “W. Women in Italian Design” at the Triennale Design Museum. In 2017 she won the Salone del Mobile Award for the best designer debut. For “White in the city” organized by Oikos and coordinated by Giulio Cappellini, with Alessi she made the installation “L’esercito di spazzole.”

“I try to put as much as possible of my personality into the objects I design,” Elena says. “I believe something new can always be born from relations, intersections, exchanges, overlaps. This is why the layering of my knowledge and my passions is always evident in my projects. Fashion, design, graphics, illustration, cinema all blend to shape new alphabets.” Elena has no fear of the figurative, and sublimates it to give her creations precious finishings and details, almost as if by defining and transfiguring their features she sets out to give objects a breath of life. Her silhouettes are not copies of reality, do not have classical perfection, but are personifications of her fantasies. They belong to a fantastic category of a new genre, gifted with a spontaneity that makes them everyday presences. 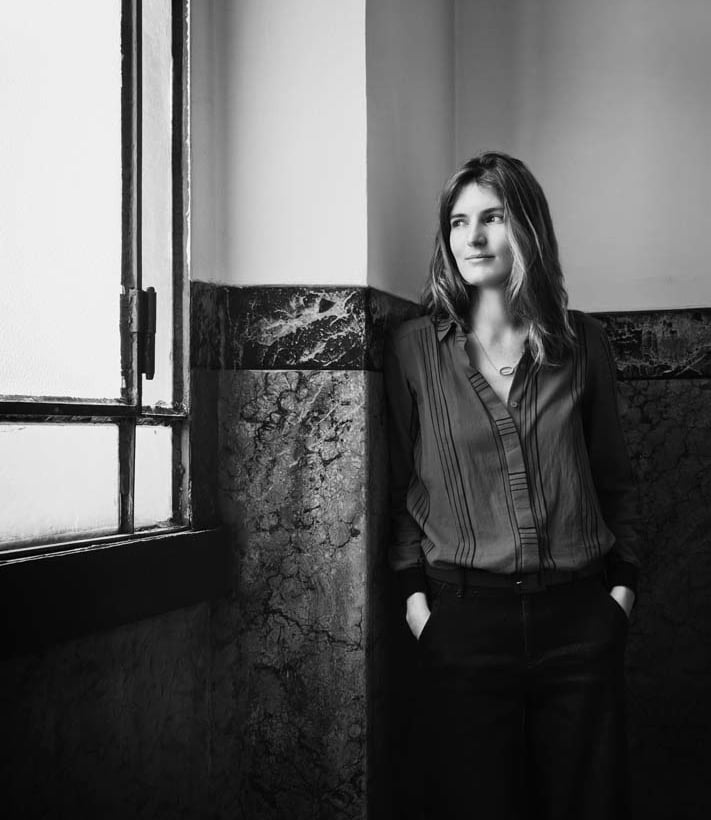 4
A portrait of Chiara Andreatti

Born in Castelfranco Veneto, with a degree in industrial design from IED in Milan and a masters from Domus Academy in Milan, she has worked in the studios of designers including Raffaella Mangiarotti, Renato Montagner and Lissoni Associati, while also doing independent projects. She presently works for industrial companies like Glass Italia, cc-tapis, Fendi, Mingardo Designer Faber. Sicne 2017 she has been the art director of Bottega Nove, Texturae and Karpeta.

She attributes her aesthetic sensitivity to the influence of her mother, and in her youth she designed objects in ceramic and glass for her own use, having them made by craftsmen. She was also influenced by the works of the women artist-designers of the Bauhaus, like Anni Albers, due to their focus on textiles and costume jewelry. She is fascinated by the work of Louise Bourgeois and its way of bearing witness to memory. She prefers natural materials that come from the earth and relies on the skill of traditional and contemporary artisans, attempting where possible to combine industrial processes and handiwork. She considers the possible imperfections of crafts enhancements to the design. Her works make clear reference to primitive cultures and traditions, tempered by an elegant, poetic contemporary touch. 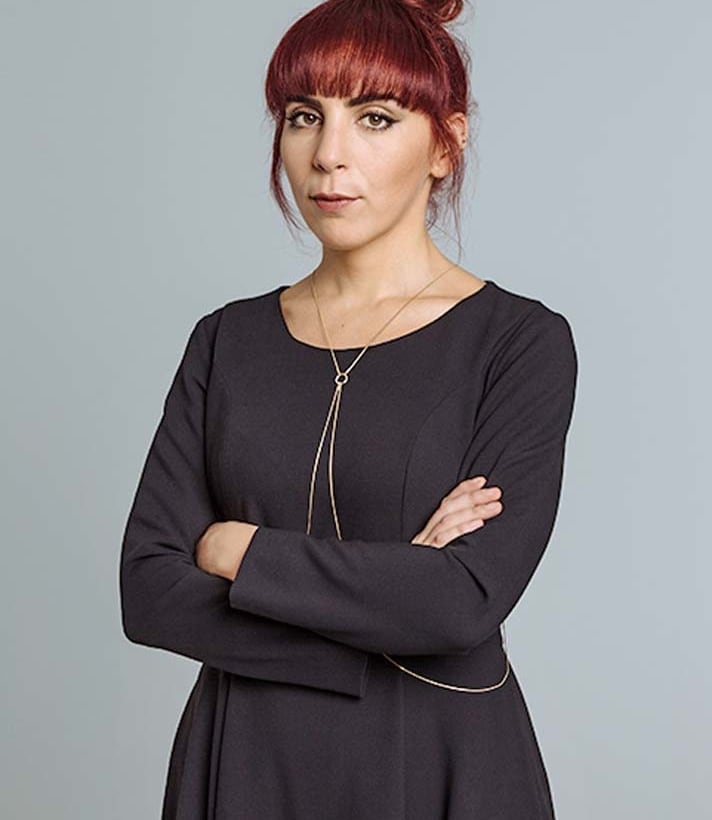 4
A portrait of Francesca Lanzavecchia

Born in Pavia, with a degree in industrial design from the Milan Polytechnic. In 2008 she took a Masters in Design at the Academy of Eindhoven, in Holland, where she met Hunn Wai, with whom she has been working since 2009, when they founded the studio Lanzavecchia+Wai, based in Pavia and Singapore, winning the Time to Design New Talent Award of the Danish Ministry of Culture. She works on research and the design of furnishings, ranging from products to installations, artistic creations to collaborations with industrial companies.

For Francesca design is thought that becomes an object, gradually taking form through research, experiences, travels, reading, encounters with clients, breaks for reflection. She tries to give emotional impact even to very rational creations. The physical character of objects and installations becomes her language, not verbal but visual and sensorial. From the set-up of exhibitions or window displays to research on senile dementia, all the way to the design of furniture and complements, her work always comes from rigorous research and emotional engagement, not limited to the definition of a purely aesthetic approach. She sums all this up as “study+intuition+emotion,” a formula that represents the ingredients of her “romantic rationalism.” 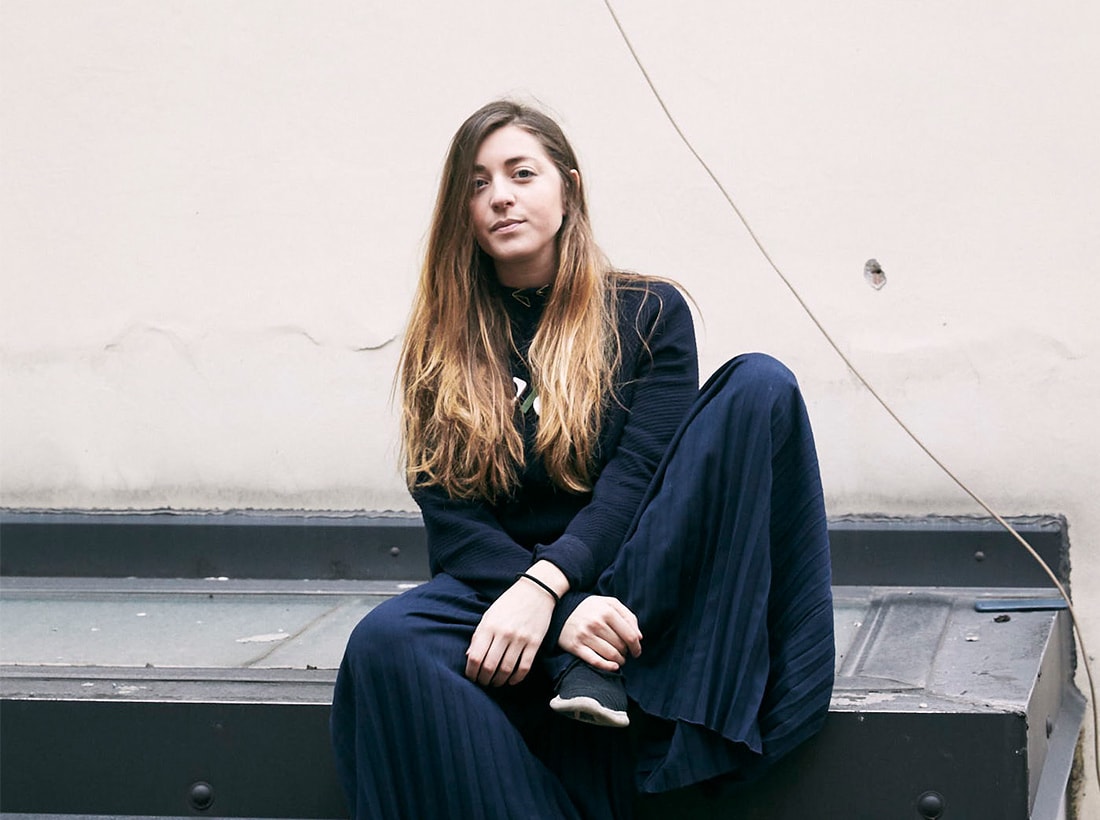 4
A portrait of Federica Biasi

Born in 1989, after graduating from the Istituto Europeo di Design she collaborated with various studios in Milan, and then moved to Holland to learn more about Nordic design. She is presently the art director of Mingardo and a consultant for Fratelli Guzzini. At the Salone del Mobile 2017 she won the Young&Design prize. She works for various companies, including cc-tapis. Selected as an emerging talent at Maison&Objet 2018.

Young and determined, Federica does not set out to change the world, like the designers of the late 1950s, but wants to create emotions, designing everyday objects in the conviction that people need to have a friendly relationship with the things they use. Her goal is to make lasting objects, which she believes is the true mission of design. The cult of imperfection and the return to crafts, which might seem like factors of nostalgia, actually reveal – in her view – the need to take care of the objects that surround us, and to break free of the rapid obsolescence programmed by the market. She believes that good design “can be healthy for the heart.” Her concise forms manage to be poetic, even when they have clear, linear silhouettes. 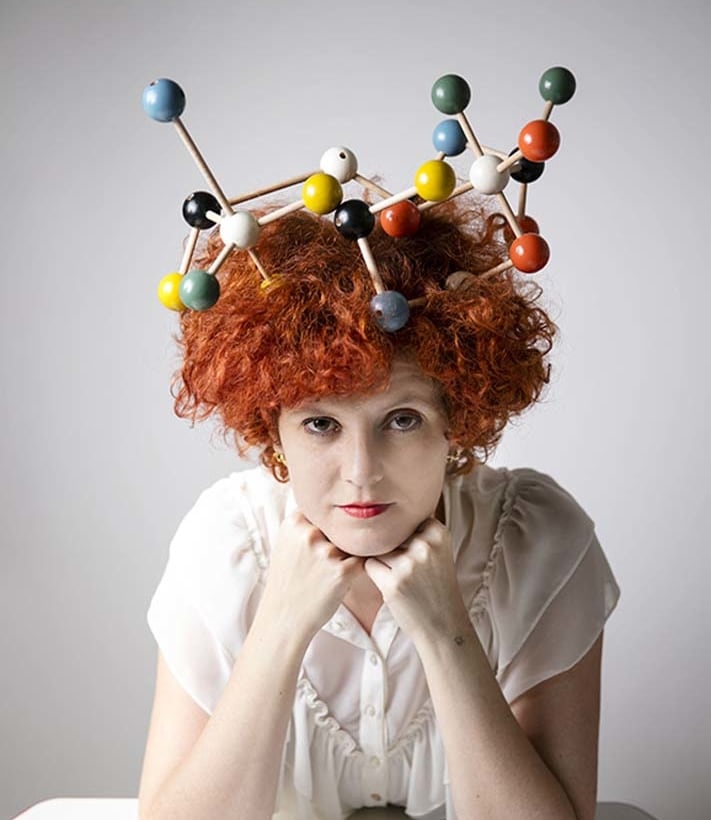 5
A portrait of Serena Confalonieri.

After taking a Masters in Interior Design at the Milan Polytechnic she worked with many design studios in Milan, Barcelona and Berlin. She now works in Milan as an interior, graphic and textile designer. Until 2012 she was an assistant in the Interior Design course of the Milan Polytechnic. She received an honorable mention for the Young&Design Award 2014, and a special mention for the German Design Award in 2016. From October 2015 to March 2016 she worked on textile research projects for companies in New York. She was selected to participate in Mexico Design Week. Her clients include Porro, Nodus, cc-tapis, Wall&Deco, Arzberg, Sambonet, Karpeta, Ex Novo.

She tries to establish an immediate, instinctive relationship with those who see, touch and use the objects she designs. She wants her creations to put people in a good mood. “I would like to generate a reciprocal rapport,” she says, “an elective affinity between people and objects, so that my projects can become objects of affection, beyond aesthetic and functional considerations.” She likes stripes, and uses colors nonchalantly, constantly replicating minute graphic signs, borrowing techniques from fashion, like the fringes used to decorate her multicolored vases. She reinterprets classic ceramic decorations and nimbly combines metal with majolica; she pleats copper to accentuate its warm luminosity, and uses metals to create sinuous borders that function as supports and grips for her trays, transforming a functional element into an original decorative touch. She multiplies the arms of chandeliers that blossom like springtime buds from the central post. She manages to be decorative in a very personal way, without looking back at tradition 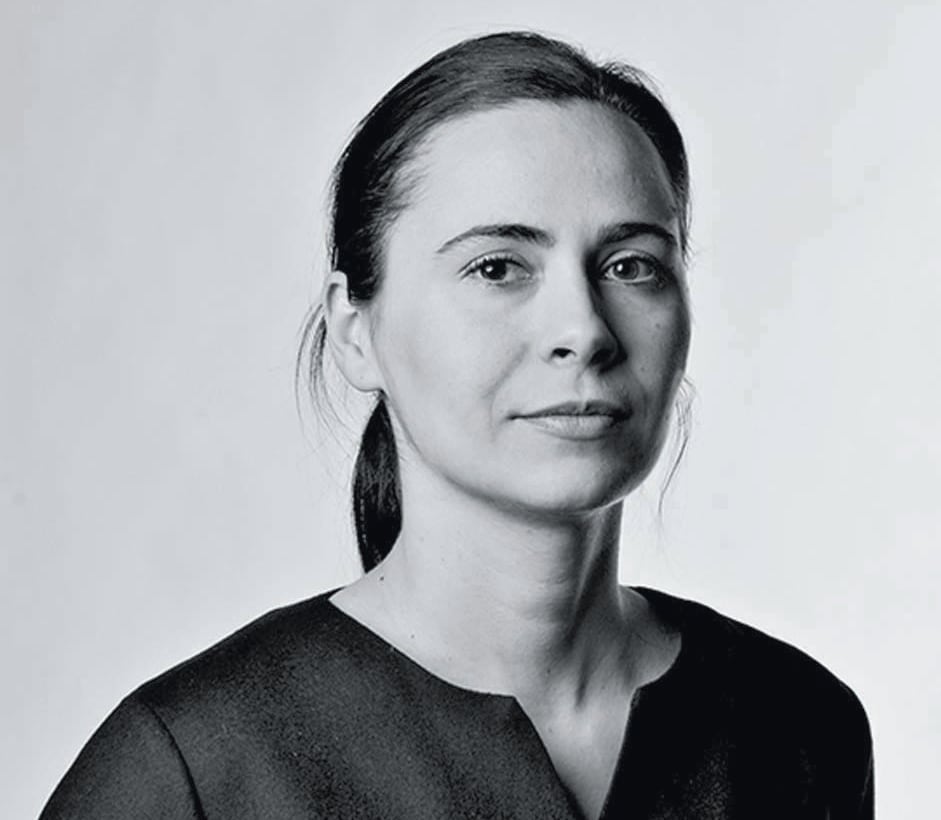 4
A portrait of Cristina Celestino.

Born in Pordenone in 1980. After taking a degree at IUAV University of Venice, in 2005 she began working with leading design studios, focusing on product design and interior architecture. She moved to Milan in 2009, founding the production company Attico Design. In 2012 she was selected to participate at the Salone Satellite. In 2016 she won the Salone del Mobile Award. That same year she created the Happy Room collection for Fendi, presented at Design Miami. In 2017 she won the Edida (Elle Decor International Award) for the Plumage collection of BottegaNove. She works with various companies in the fields of materials and furnishings.

She reached the design scene with a very recognizable style, where architectural sensibilities intertwine with formal innovation, tempered by a remarkable sense of aesthetics honed by collecting vintage pieces. She sets out to provide emotional, evocative visions, unusual reinterpretations of traditional materials, updating typologies, using courageous and unexpected color schemes and applying imagination to effects borrowed from the world of fashion. Her creations narrate a story of passion for the design of the tradition, updated by a gaze that looks to the future, enhanced by decorative accents. She was one of the first to introduce a new stylistic freedom in the world of design, based on an approach that can be defined as feminine, not in terms of gender but in terms of a sensibility that embraces a wide range of nuances that are often overlooked in design by men.