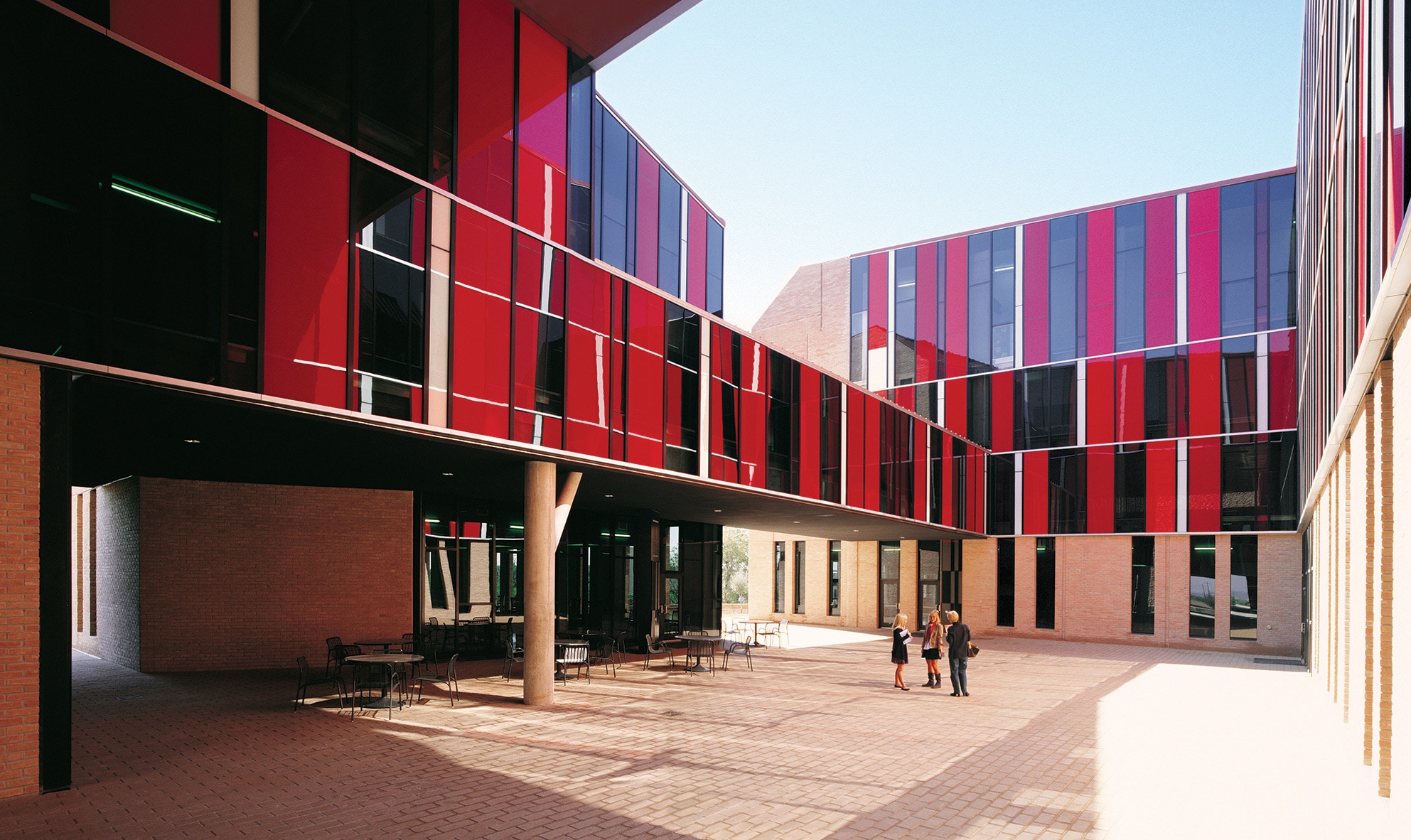 We remember your interest in INTERNI, when we began to work together on the event Hybrid Design, for the FuoriSalone 2013 in Milan. Three years later, you are the curator of the Venice Architecture Biennale, with the title “Reporting from the front,” which sums up the radical change of perspective you have brought to this 15th edition. Less aesthetics, more ethics, might be the subtitle. But it is impossible to design or to live without a certain degree of approximation, as Gillo Dorfles said during the Milan Triennale in 1951, and – he added – without beauty. What do you think?

We have never claimed to have some kind of moral superiority or ethical obligation in making architecture. These aspects belong to the private and personal sphere, and we are not priests. Instead, we believe in the need to contribute to respond to difficult questions with professional quality (not charity). I think that in the range of action of architecture, there exists an artistic and cultural extreme, according to which the value of a proposal is measured in terms of its maximum degree of originality. The attitude is: ‘never before, never again.’
But at the other end of the spectrum the proposal of value is exactly the opposite: the more it is anchored to the society, the better it is. In this latter case, the results of intervention should be easy to replicate and repeat ad infinitum. This can mean that the weight of our activity is relevant for the community. We believe that architecture should not have to choose between these two positions, but instead should be capable of designing forms that exist simultaneously on both sides of the spectrum. That happens very rarely, but when it does, those moments when it is both full of impact and unique, anchored and original are what we have to search for. In effect, architecture is made to respond to specific circumstances, but it cannot be their only consequence.

A home for all. In your passionate work conducted in South America on social housing you have demonstrated that it is possible to make high-quality architecture at a low cost, creating prefabricated modules equipped with all the basic functions (bathroom, kitchen, connections), then allowing the inhabitant to personalize the unit to meet his or her own desires… what is your measurement of an existenz minimum?
I would like to start by saying very clearly that building houses with an incremental logic is not a choice, but a necessity. There is not enough money to build middle-class homes. In the best of cases governments are able to build houses of 30 or 40 square meters. This is a fact. So instead of reducing the size and making a small house, as usually happens, we have thought about coping with the lack of resources using a principle of accretion. The resources are not sufficient to do everything. So we do only what cannot be done individually by people themselves.
This is why we supply the structure, and after that the inhabitants become the protagonists. A middle-class family can live reasonably in about 80 square meters. Instead of thinking of the 40 square meters as the equivalent of a small home, we think of that space as half of a good home. With ELEMENTAL, we involve the inhabitants in the process of understanding limits and priorities, through a process of participatory design, and then we focus on what is truly important for them. In this way, we identify the requirements that belong to the ‘hard half,’ and we build exactly what the family needs. We have seen that the expansion of the housing unit on the part of inhabitants, shifting from an initial social housing unit to a middle-class home, can happen in just a few weeks.

The transformation of cities happens faster than that of houses, which seem to have lost importance in the time of life of people. Emotional and not just functional themes shift human spaces into shared places. In Italy, for example, with recent social housing experiences, the community makes an active commitment to build meeting places and zones for relational activities (between balconies, lobbies, courtyards, rooftops, laundry rooms, gardens). Improvements of small parts, projects that make the concept of resilience a concrete, not utopian prospect… how do you interpret this trend?
We are going through a global challenge connected with urbanization. It is a fact that people are moving towards the cities, and though it might not be intuitively obvious, this is good news. Cities intrinsically contain frictions and barriers, but also the possibility of offering better quality of life, since the economic prosperity of the last few decades has generated resources and public policies to approach these themes.
Nevertheless, the scale of intervention, the speed and the scarcity of means with which we have to respond to this phenomenon in progress have no precedents in history. Of the 3 billion people who live in cities today, 1 billion are below poverty level. By 2030, out of 5 billion people living in cities, 2 billion will be below that level. This means that we have to build for 1 million new citizens every week, during the next 15 years, with just 10,000 dollars available for each family nucleus. If we do not solve this equation, people will not stop migrating to cities. They will come in any case, but they will live in shantytowns, favelas and spontaneous slums. So the fundamental challenge is to construct a vision of our urbes. This depends on the long-term vision of public institutions, but also on the knowledge and activism of civil society.
Architects, in particular, can play a significant role: thanks to the power of synthesis of architecture, they have a great opportunity to translate into form all those conflicting forces, supplying solutions for the complexity of contemporary society. A response can come from channeling the potential for proposal and creativity of individuals. Cities can represent a positive driving force. As communities and architects, we simply need to be creative enough to identify the strategic opportunities and interpret them in proposals and projects. The experiences you have mentions reflect the need to coordinate individual actions in such a way that they can produce a common good. The encounter between people is fundamental for the creation of opportunities.

However, if we look at the suburbs, slums and dysfunctional zones of a city, we see that no two communities live in the same way. Massive migratory flows correspond to a migration of cultures and other phenomena (reception, overcrowding, nomadism…). How is the ghettoization of less affluent and fortunate people integrated in the metropolis? What tools can architects apply to attenuate inequality and to promote quality integration?
Inequality represents an enormous problem. Social conflict and political friction tend to arise not so much from poverty as from inequality. If we look at the numbers, in terms of the overall development of the planet, today fewer people die due to lack of access to water, to a sewer system, to electrical energy. Income has grown, but the disparities have increased as well. We are less poor but we distribute wealth less efficiently. The gap can mainly be corrected by redistribution of income, but it will take at least a couple of generations for that to be fully implemented. Nevertheless, we have seen that the city is a shortcut to equality, when strategic projects are developed.
For example, projects to improve the efficiency of the public transport system. Because on the outskirts of the city, where you can afford to live, with the same salary you have today, you could have a remarkable improvement of quality of life if in order to reach your place of work you could sit on a bus, instead of standing in a crush for hours. Obviously this improvement has a price, but it costs much less than changing the structure of the metropolis.
Another example has to do with public space. In a city like Santiago, which is certainly not the poorest city in the world, out of 6 million inhabitants 3 million cannot afford to go on vacation. The only opportunity they have for moments of relaxation, perhaps with their children, is to use public space, which today is lacking and poor in quality. A city could and should be measured for what you can do inside it for free. This is why public space, by nature, is a form of redistribution.

What do you think about the work on the Italian peripheries being done by Renzo Piano?
There are many challenges with respect to the ‘social city’ already existing in the peripheries. Their mediocrity and banality are at times the consequence of political urgency, so the lack of quality is the price we have paid to achieve a certain quantity of housing units. At times it corresponds to the myopic approach of the market, at times to the prevalence of empty urban theories over good common sense. The significant work of Renzo Piano, for in-depth analysis of the present condition of the peripheries, generates greater public awareness of these issues.