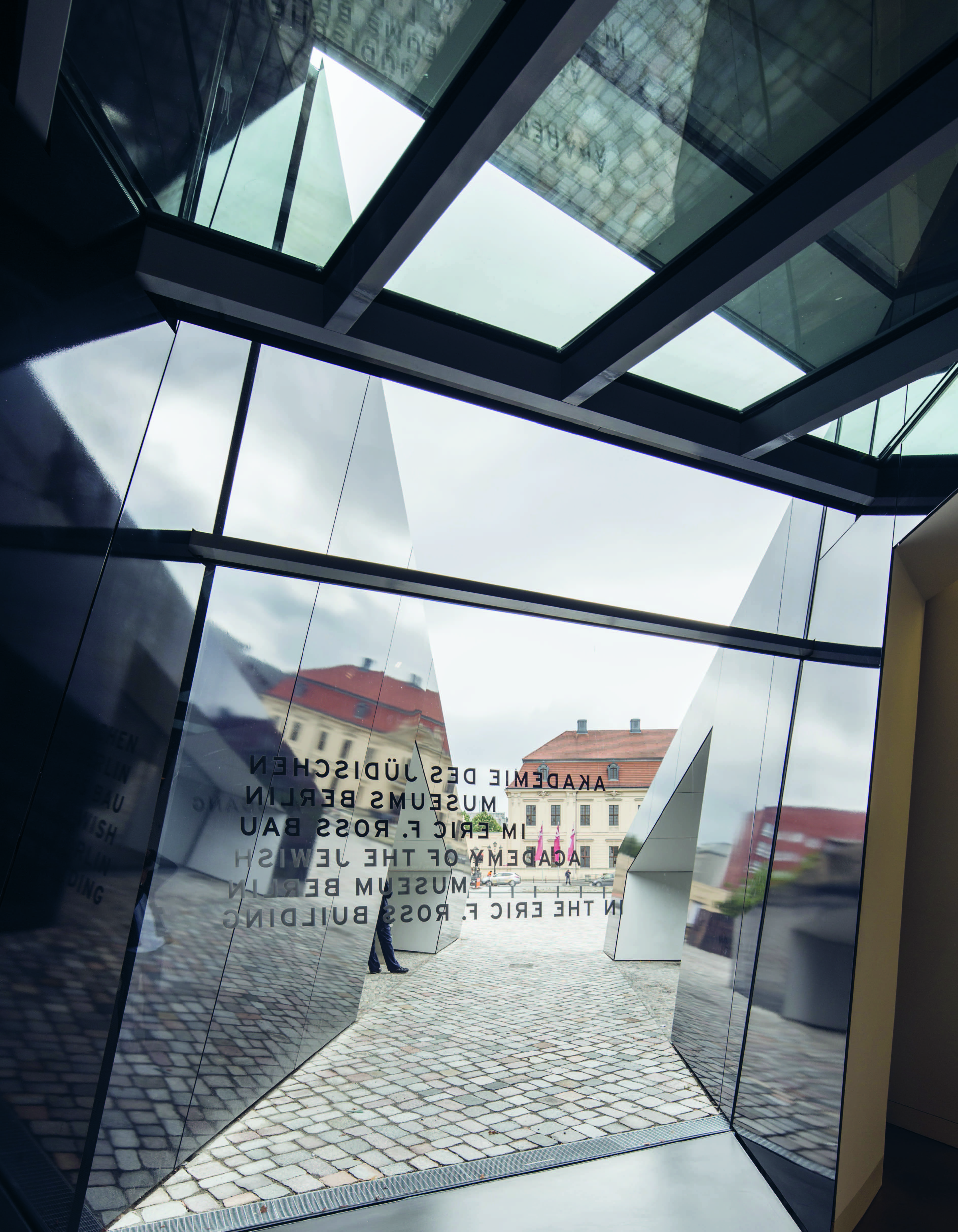 The Jewish Museum of Berlin by Daniel Libeskind, opened in 2001, is undoubtedly one of the most important and intense works of the American architect, son of Polish Jews who survived the Holocaust. The museum, with over 750,000 visitors per year, has expanded its educational activities over time, leading to the need for spaces for staff and events that had necessarily been spread around the city, preventing possible synergies.

The opportunity to reuse and reinvent the building in front of the museum, designed by Bruno Grimmek in 1962-65 to house the city’s flower market, has made it possible to combine the service structures in one place, for better organization of the library and archives, while creating a multipurpose hall for performances and conferences. Daniel Libeskind has come to terms with the constructed heritage in this project, choosing the path of taking the urban artifact as a resource with which to relate, rather than as a functional ‘encumbrance’ to be replaced with a new building.

The result – the Academy of the Jewish Museum – generates a dialogue and a successful compositional graft inside a simple ‘service structure’ that has revealed certain architectural qualities, capable of welcoming new functions and figures under its strong roof paced by parallel segments and composed of prefabricated parts in gray concrete.

The modular structure of the flower market, left with its original forms, is marked on the entrance facade by an inclined cube covered with wooden boards, an architectural skin that seems like a reminder of the rail cars in which Jews were transported to the death camps. The geometry of the new volume is inserted in the facade of the building to organize the entrance route as a diagonal, between two inclined mirror walls that frame, in the background, the first historical building of the museum complex.

Inside, immediately after the entrance, two other cubes, also inclined with respect to the floor, with the same materic treatment, for the new architectural setting, defining a volumetric shape not unlike that of the interiors of the museum from 2001. The cube on the right contains the library with passages leading to the office zone, organized along the northern side of the building, and a reading room in the corner.

The cube on the left, set into the second band of perimeter offices, is another inclined volume that contains the multipurpose hall-auditorium. The dynamic and strident arrangement of the three new architectural parts that organize the entire entrance zone and characterize the interior design functions as a compositional hinge to connect the access to the two bands of offices and to reach the central space, conceived as a sort of covered courtyard onto which all the spaces of the academy face.

Precisely in this central internal space, one can grasp the overall figure and structural grid of the market building, with reinforced concrete beams colored in blue, supporting the large roof with vaults interrupted by continuous ribbon windows facing north. A wooden deck forms a boundary for the four educational platforms, also inclined, of the “Garden of the Diaspora”, a project by the landscape artists of Atelier Balto, a space of exchange and reflection, but also a symbolic place on the theme of the diaspora.

The four raised steel platforms feature a wide variety of plants seen in different phases of growth (sowing, rooting, growth and wilting), to address questions of landscape, the relationship between culture and soil, the link between architecture and humanity. The last platform, known as “Academy”, functions as a workshop for the participants in the educational activities, mixing traces and documents of Jewish memory with themes connected with the nutritional exploitation of land.