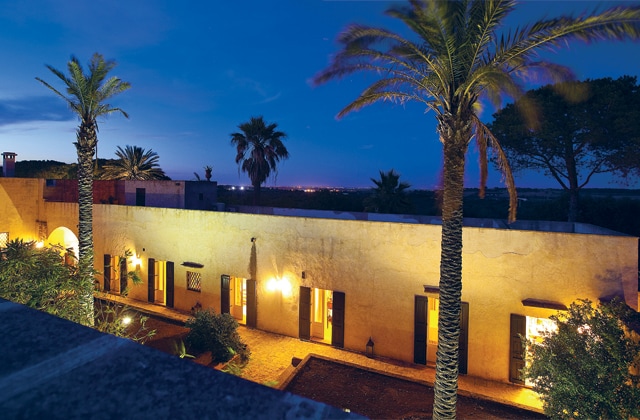 Architecture can be done in many different ways, and the job of the designer is to interpret work opportunities, developing individual approaches and strategies.

This flexibility is part of the way of working of Paolo Caputo, a professor at the Milan Polytechnic but also a very active professional who has created, for example, large parts of the new Santa Giulia complex in Milan. The most important building he has designed to date is the tower of the Lombardy Region, done together with the New York studio Pei Cobb Freed & Partners, a synthesis of American high-tech and Milanese urban planning. The project shown on these pages is in Salento, where Caputo has renovated a rural house that had been abandoned for years. Formed by a main volume from the 1800s, and by stables built more recently, the building has an F-shaped layout, with the long side facing the garden with a swimming pool and outdoor dining area, a vegetable garden and an olive grove. “Given the beauty and simplicity of this architecture – Caputo explains – I simply made the spaces function again, using local materials, repairing the vaulted ceilings where they had collapsed, redesigning doors and windows and replacing their casements, based on what I found at the site.” A conservative restoration that maintains the atmosphere of a rural building, thanks to the large spaces and the simple, repetitive typology, with volumes formed by elementary rows of large rooms sheltered by vaults of tuff stone. “There is an idea of domestic life and natural ease, also in the relationship between objects and structure,” Caputo says, describing furnishings that combine ethnic and contemporary pieces, art and objects of affection. “I made use of many things produced in Morocco, often based on my designs – Caputo continues – bringing an idea of Mediterranean character that also includes Northern Africa. After all, Salento has always been a world open to the world, a place of transit, of encounters, of ethnic and cultural mingling.” Framed by walls made with blocks of volcanic stone and floors in Lecce stone, the typical local materials, the furnishings narrate distant lands, from Morocco to Chechnya, Yemen to Afghanistan, northern Italy to France. The also speak of distant times, with a 17th-century dining table, surrounded by Louis Ghost chairs in the black version, designed by Philippe Starck for Kartell, while in the kitchen a large Fontana Arte lamp delicately looms over a crafted Emilian table from the 1900s. The outdoor spaces reflect the tradition, with tuff walls, paving in Cursi stone and a swimming pool that recycles a basin for collecting rainwater, with a Soleto stone border. The courtyards and garden are filled with local vegetation: jasmine and roses at the entrance, agave on the cornices to reinforce the Mediterranean aura, palms in the entrance court. Behind the pool, beyond the lawn, olive trees on red earth forecast the passage into what seems like an infinite olive grove, extending in all directions beyond the outer walled enclosure.