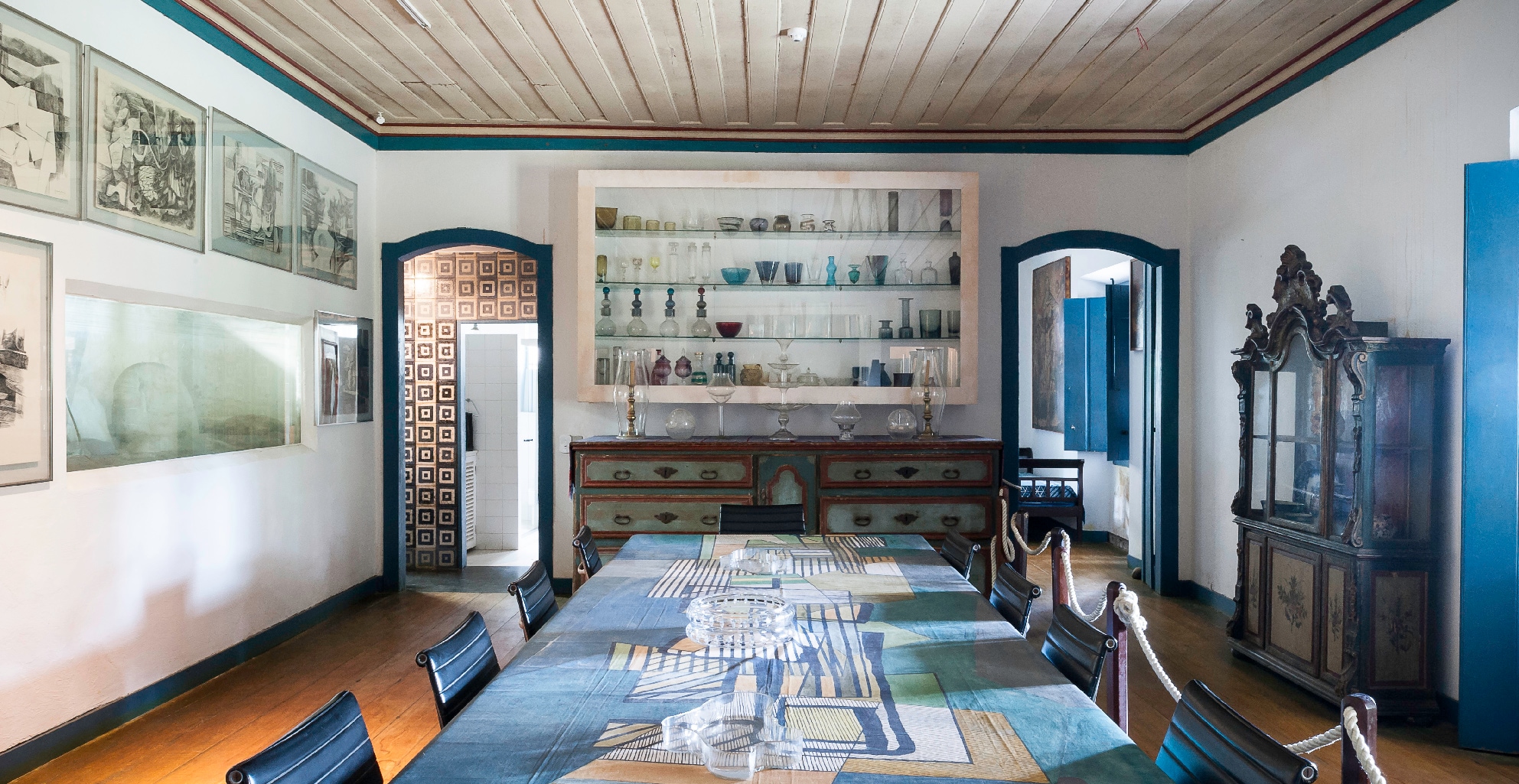 In 1990 the first edition of the Premio Internazionale Carlo Scarpa per il Giardino organized by Fondazione Benetton Studi e Ricerche was unanimously assigned to Sítio Santo Antônio da Bica (at Barra de Guaratiba, near Rio de Janeiro); a tribute to a place of work, life and botanical experimentation, where Roberto Burle Marx lived and worked from 1949 to 1994, which is now a part of Brazilian culture and the country’s legacy of museums.

The jury underlined the character of the place as “designed greenery that combines, in a unity of imagination, rigorous botanical knowledge and daring figurative culture. […] In Burle Marx scientific research and artistic invention are inseparable. Investigation of the Brazilian botanical heritage, identification of its particular features, the battle for its conservation, the use of this heritage as a compositional alphabet: all this runs in parallel across half a century of ongoing industrious activity.”

The Sìtio includes the garden, the residence, a small chapel from the 16th century and a vast botanical garden/laboratory of Brazilian flora. A sum of spaces and colors, forms and odors, a complex and meaningful ‘cultural and landscape self-portrait’ of its maker, whose passion and knowledge of botany, taken as a value of the culture of his country, are combined with a sensitivity to the visual arts and a drive to be ‘modern.’

Burle Marx translates the innovative spirit of the Modern Movement into landscape, filtered in a significant way by a local taste for color. History and modernity mingle in a dense dialogue at the Sítio; here Burle Marx built his house by reassembling the remains of an abandoned urban building, flanked by a pool of water, again made with fragments of the old buildings constructed by the Portuguese in past centuries, transformed into construction materials in an amazing collage inserted in a personal artificial forest.

The architectural montage mixes with abstract ceramic facings that bring color to the portico, frescoed ceilings in certain interiors, collections of art and crafts. Around the house, as the indoor-outdoor connection, the pool in stone features a geometric design of horizontal blocks placed on various levels, as in a masterful environmental sculpture.

The Sítio reflects two of the dominant characteristics of the work of Burle Marx: compositional montage and the idea of the forest. The discovery of the sculptural-artistic splendor of the forest happened, for Burle Marx, not so much in Brazil (where the jungle was synonymous with fear, the refuge of wild native tribes and ferocious beasts), but on the old continent.

It was in Berlin (the native country of his mother), where he went at the age of 18 to treat an eye problem, that the young man ‘discovered’ the aesthetic value of the forest, gazing at a greenhouse of Brazilian tropical plants in that city’s botanical gardens. This epiphany that would have a permanent place in his path of research, also driven by ethical values and national pride (“to defend our flora with all the means available to me” was a categorical imperative in all his projects), was joined by the influence of the revolutionary new developments of the artistic avant-gardes in Europe in the second half of the 1920s.

So the forest, almost with a Dada approach, in a new explosive relationship of art, nature and design, is joined by modern architecture (villas and public buildings) and taken in a surreal way into urban contexts; in private gardens and public parks, through a procedure of montage Manolo De Giorgi has correctly indicated as “the only complete work the Modern Movement has produced with greenery.”

A compositional practice paced by vegetation taken as fabric of horizontal connection, on which to insert a second level of trees and vertical elements, concluding with a vegetation conceived as tectonic decoration.

A serial approach with an architectural character (floor, pillars, roof) open to ongoing variations in the percentages of the three components that are always present as the basic elements for the construction of the garden.

The forest as artifice is then translated into a programmatic synthesis in the multimateric design of the whole, where alongside an artistic sensibility (“I paint my gardens,” Burle Marx said) we can always see a profound knowledge of nature, combining the enhancement of the plastic and pictorial, olfactory and chromatic qualities of plants and flowers with structural awareness of the environmental needs of every plant utilized. As at the Sítio Santo Antônio da Bica.