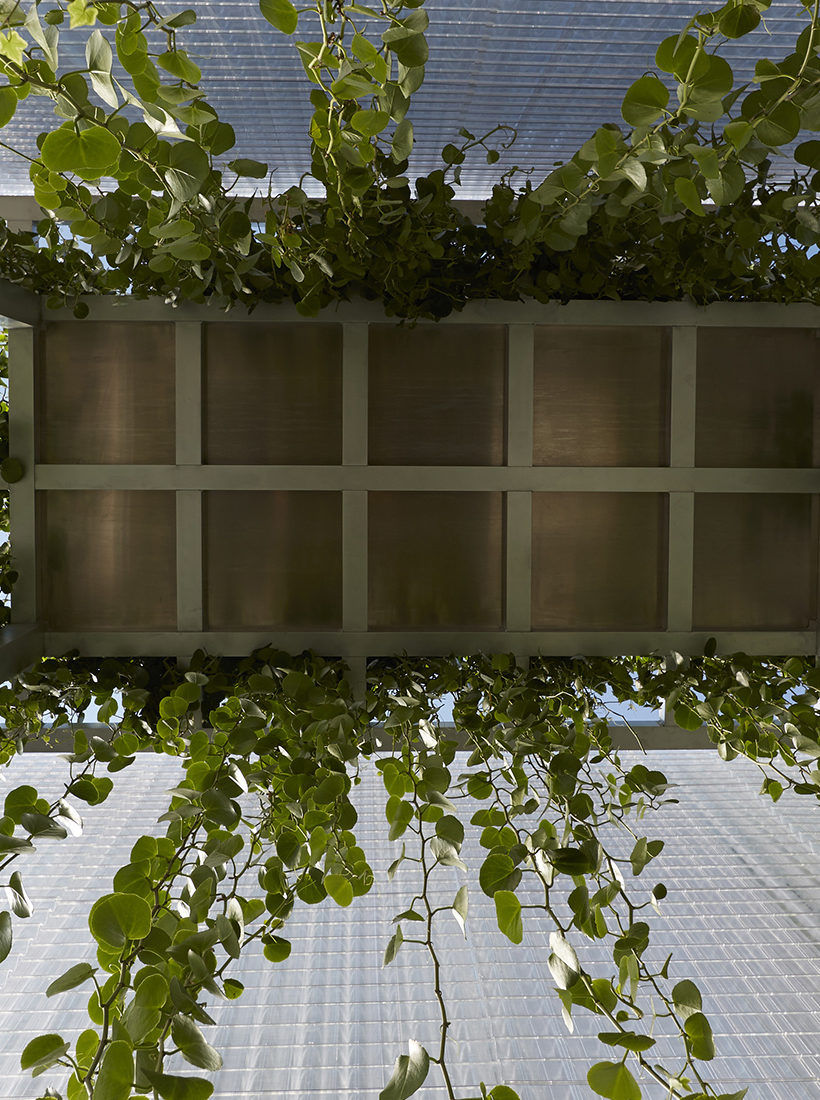 Three temporary spaces for relaxing, connecting and creating are the contribution by Mini Living, the think tank on future city housing of the car brand Mini, and the London-based architect Asif Khan, with the aim of activating available public spaces for the London Design Festival 2016.

“Creative use of space and human-centric design are part of the MINI DNA,” explains Oke Hauser, creative lead of the MINI Living program. “At the Salone del Mobile earlier this year we opened the Mini Living program with an installation on collaborative living to show that when you share, you get more: more privacy and more community.

At the London Design Festival, we continued in this vein with three public places you share, yet can make your own. Forests features three temporary urban micro-spaces , where public and private interwine to generate new possibilities for socializing and to rethink the conventions of the domestic scenario: with higher costs per square meter, people live on smaller and smaller footprints. And by necessity – as well as through a lifestyle choice – they spend more of their time outside of their home.

This means they have higher demands regarding what may serve as a so-called ‘third place’: a space that serves as an extension of their home and an alternative to their workspace. The public realm, there to serve all, generally cannot be adapted to serve specific personal needs. And cafes, often appropriated as such a third place, serve a commercial purpose. That is why we thought of a new concept of the third space.”

In cooperation with the MINI Living team, the London-based architect Asif Khan, who has just won the competition for the expansion of the Museum of London, has analyzed these dynamics in depth. The three Forests are small-scale spaces open to the urban context, which allow those who enter to plunge into an isolated environment that can be shared with other passers-by, for different purposes: relaxing, connecting, creating.

The installations have been set up in the Shoreditch area, where three communities come together: that of technology startups – with 1.5 billion pounds invested in this sector in 2015 – the local residents, and Friday evening visitors.

“Reinventing public space in London,” Asif Khan explains, “means working on a clean slate: designed over 200 years ago and now going through major changes, the place offers multiple design possibilities in which public space can mix with private space.”

The materials of the pavilions are those used in horticulture, ordinary and economical, but applied in an original way. Polycarbonate, for example, has been placed over laminates to create a structural acoustic barrier and an intimate atmosphere; the skeleton is in aluminum, while the floors are in rubber from recycled tires.

Inside, a forest of plants “has the function of books in neighborhood libraries, to be borrowed and returned. A civic model that digital culture is making us lose. The inspiration comes from Japanese houses, with a threshold space that is neither exterior nor interior, and the so-called ‘forest bathing’: the reactivation of the senses thanks to the oils emitted by the plants,” Khan adds. In a historical moment in which we are all busy and lack the time to take part in a conversation, these Forests encourage connections between people, co-working – in one of the three spaces the benches can be rearranged and electrical outlets for recharging and connectivity make it possible to work, also in groups – and extraordinary activities like stopping to make a drawing, or to jot down thoughts on a notepad.

Oke Hauser adds “We translated our principle of the creative use of space and scanned London for spatial potential within the public realm, identified a network of three exemplary locations, and turned them into extensions of the personal sphere. The Mini Living installations are true, flexible extensions to the private home – in that way they almost become urban devices that allow us to rethink spatial categories like public and private and trigger new ideas about how we can live inside of cities in the future.”

With the recent expansion of the Museum of London and the summer pavilion for the Serpentine Gallery in that same city, Asif Khan knows how to shift between various scales: from micro to macro and back, dealing with shared spaces in public.

“The smallest architectural projects,” Khan continues, “let you experiment with human relations in a limited space, testing certain architectural fundamentals. They give you an excellent vantage point to observe the module of a person, which is potentially scalable. And they allow you to understand how human relations are developed inside the projects. Furniture, conceived for serial production, is equally stimulating because it has the power to ‘recontextualize,’ i.e. to take on the characteristics of the use and the place in which it is positioned, or vice versa.”

When it comes to museums, Khan remarks: “My projects are located in international cities, so they make reference both to the physical context and to the global community. Visitors are not expecting a passive experience, but an opportunity to meet other people, to take part in activities, not just to see the works on display.

For the Museum of London we have thought of an architecture on two levels on the courtyard of the Victorian building, designed to be an ‘incubator,’ a place between past and future, a place of encounter and exchange between people involved in different activities inside the structure. The space is open to the city, so the urban context becomes part of the new building. In the competition for the Aalto Museum, where we were among the finalists, we thought about a space of connection – shop and cafe – with the Museum of Central Finland. A small decompression chamber for visitors, an ‘introverted’ place that establishes a relationship with the surrounding forest.

For the Guggenheim Helsinki competition we focused on the 8-meter hall: a skin that from the inside would block the view, allowing only the light to enter and generating an abstract condition. At night this space in between, neither public nor private, would become a lantern towards the city. The museum is going through a phase of typological development, reinventing itself in favor of users. All the way to the extreme of a ‘space without doors’ that welcomes the city and projects out into it.”

Given that holistic perspective on inner city life, it is no coincidence that after the Forests experience, MINI is opening – at the end of this year in Brooklyn – the permanent home to its focus on design ideas about the future of urban life. The place is called A/D/O and will be an open place for designers of all professions containing a design academy, a start-up accelerator, exhibition and event spaces plus a restaurant offering an inspiring atmosphere for research, innovation and the production of ideas contributing to the future design of our cities.