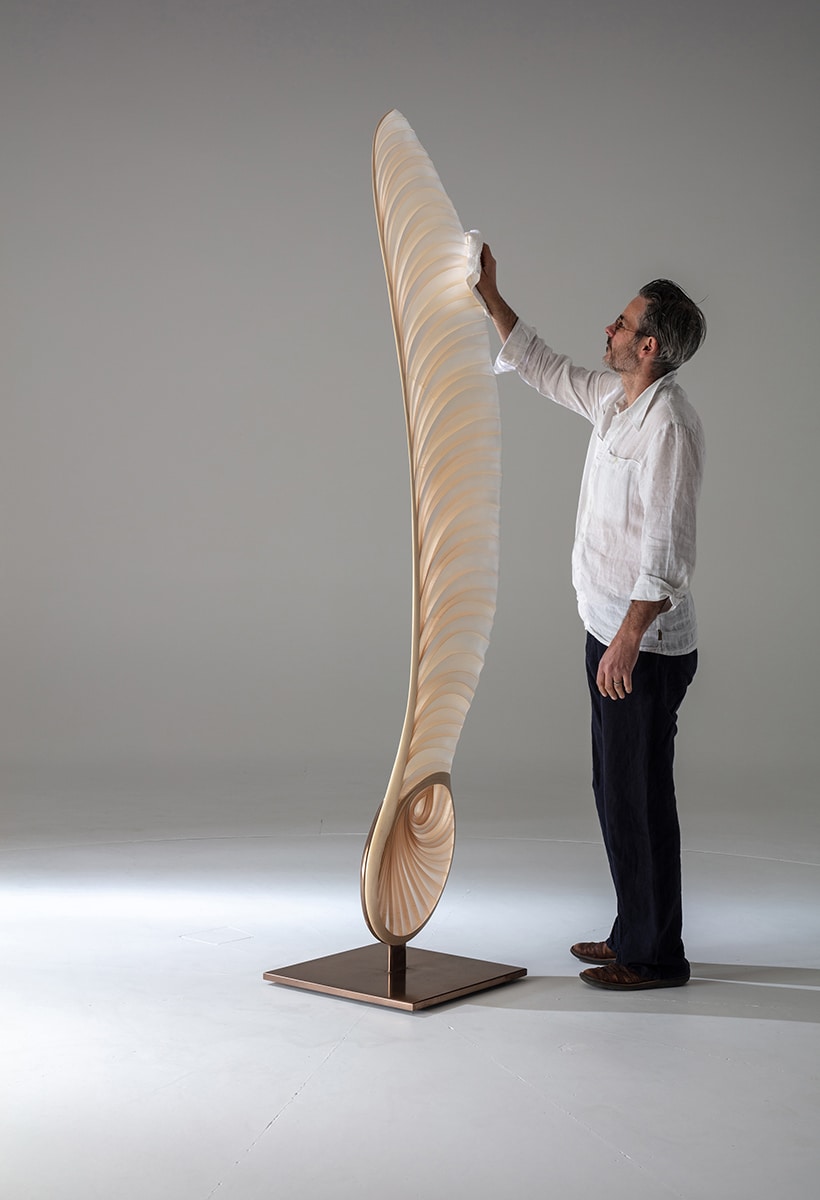 The history of design can be seen as a multiplication of languages that intertwine in various ways, a tide of rivers that descending from the period of the origins (the second half of the 1800s), crosses the 20th century and reaches the 21st, shaping formal hypotheses along the way, from the most structured to the most amorphous. The architectural products of rationalism, on the one hand, and organic bodies, on the other, represent the extremes of a range of possibilities of combination of the basic ingredients of design, from technique to art, function to form.

In the formal conception of the object we can thus identify two fundamental recipes, of which all the others constitute more or less accentuated shadings: the rigid-structural formula that moves ‘analytically’ from the parts to the whole, and the morphological-organic formula, which moves ‘synthetically’ from the whole to the parts, sculpting the body of the object like a cellular mass that gradually assumes the established shape. 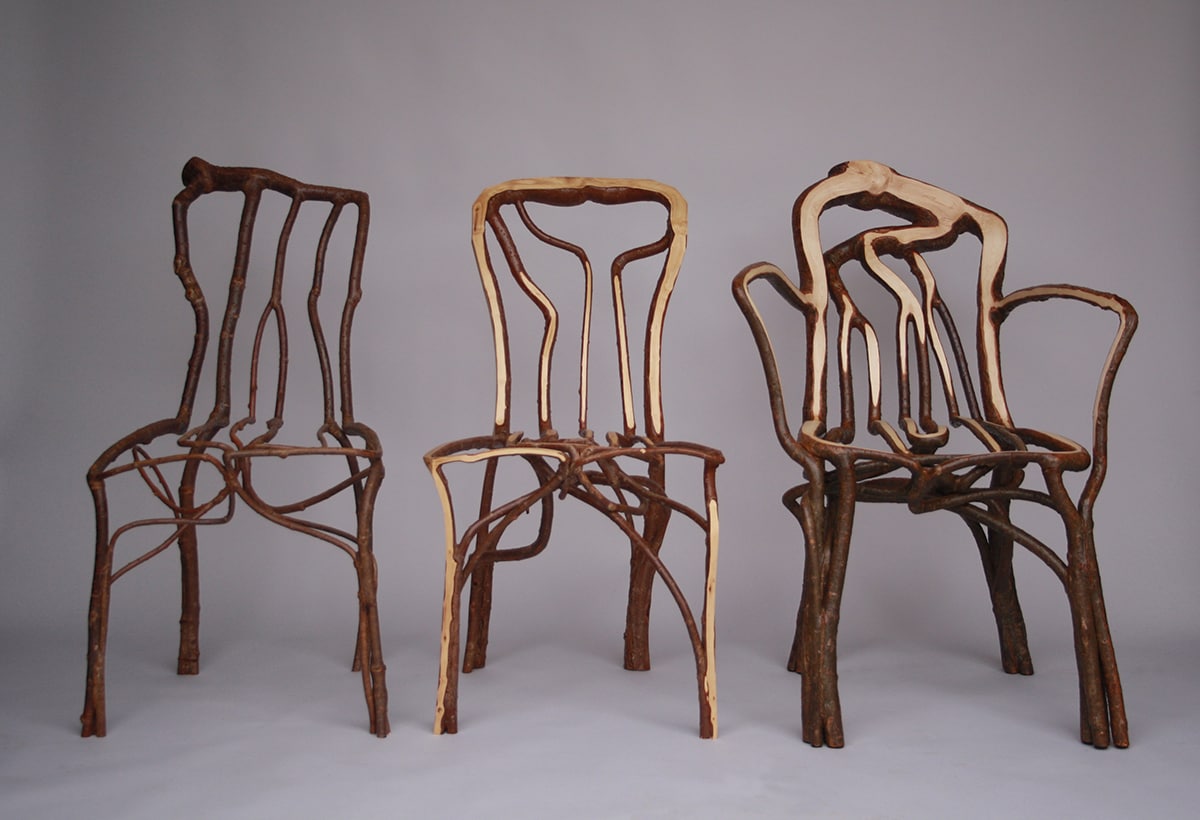 These two ways of thinking about objects reflect a deeper philosophical dichotomy between the artificial world and the natural world, where the former is marked by rational control over reality, and the latter is marked by morphogenetic openness to freedom. This polarity, though it has marked the entire history of design, is hard to locate in the new scenario that seems to be emerging. The question of sustainability makes the problem of man’s action on the earth increasingly evident, not in terms of the (nevertheless imperative) safeguarding of the natural dimension with respect to the artificial, but because in our actions, projects and thoughts the natural and the artificial exist on two fronts, perceived as distant and in opposition.

What seems to be increasingly necessary, from a philosophical standpoint and therefore aesthetic standpoint, is a virtuous synthesis between natural and artificial, a synergetic growth between the flesh of the world and the structure of civilization, which interweaves natural and cultural like the warp and weft of the same story, that of the development of human affairs in the new century.

“
The question of sustainability makes the problem of man’s action on the earth increasingly evident, not in terms of the safeguarding of the natural dimension with respect to the artificial, but because in our actions, projects and thoughts the natural and the artificial exist on two fronts, perceived as distant and in opposition. "

The first signs of this attempt are already surfacing. They are projects that come from research on structure of a morphological character; projects, that is, that define the architecture of products not through the controlled distinction of the parts, but through their harmonious fusion. This is the case of the Gilda and Tata seats by Estudiobola, where the first is slightly more sober, and the second is a bit more explicit in its reference to the organic dimension (almost bone-like); both, however, are the result of sophisticated sculptural work that has guided the composition without suffocating it with rigid top-down control, permitting soft bottom-up spontaneity to bring the parts into rational harmony. 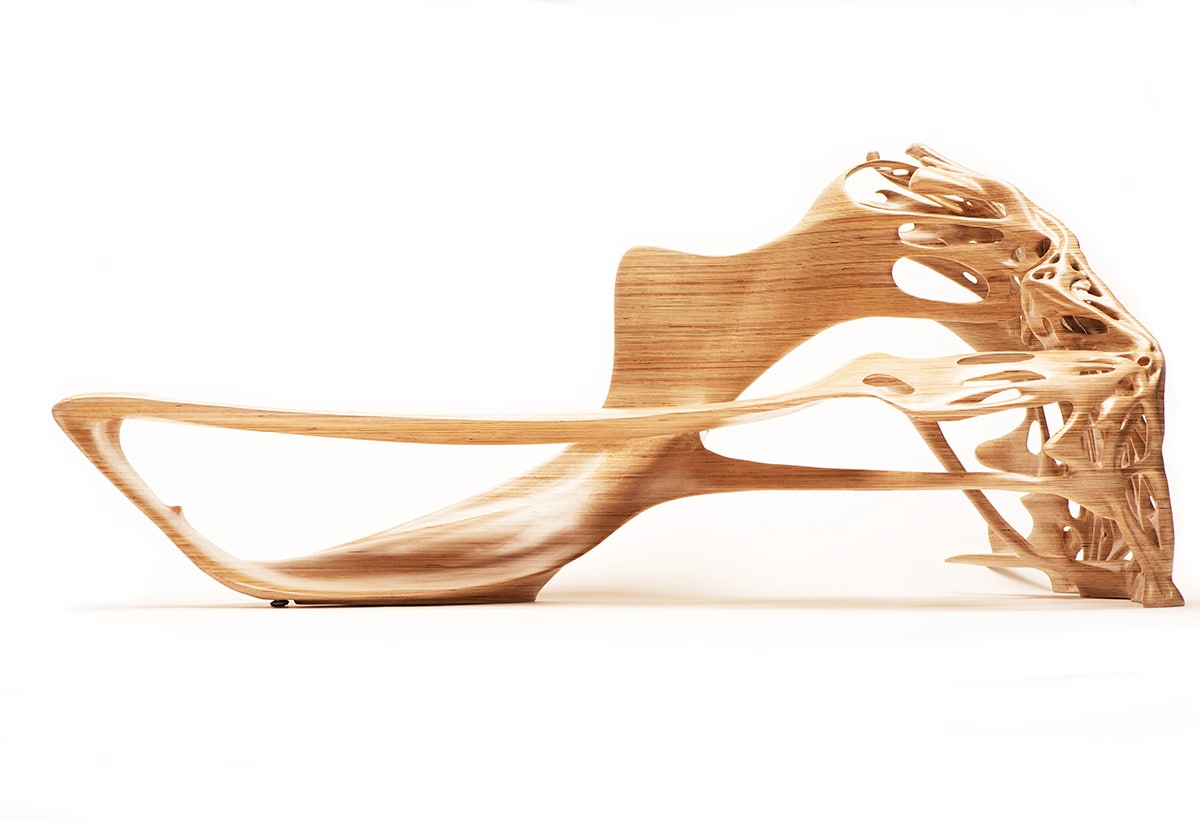 4
The Wind table made by Peter Donders in birch, subdividing the body of the object into parts or layers printed in 3D. The combination of craftsmanship and digital technology optimizes the use of material, improving strength and reducing weight.

This ‘oxymoronic’ approach to the aesthetic formulation of the product (in the sense of organic management applied to rational architecture) can lead to results of true spatial poetry, as in the case of the Velo seat by Jan Waterston, which explores the aerodynamic imaginary of a subtle, quick plastic flux, or the Ethereal series by Marc Fish, which combines design with an artist sensibility close to Art Nouveau, but updated and contemporary, developing objects that are genuine distillates of formal coherence. From this viewpoint, the projects Hypnos and Marlowe by Roberto Lazzeroni for Ceccotti Collezioni are also very interesting, since they even combine a structure with a ‘tech’ flavor and the organic softness of wood.

An even more radical take can be seen in the Dusty and Wind chairs by Peter Donders; in particular, the second has been imagined as the extreme deformation of a tree caused by wind, which has opened up and reshaped the mass, just as movement designed the Unique Forms of Continuity in Space of Boccioni. This is a result of an organic type, which blends an arboreal aesthetic with a synaptic one, starting from their shared biological origin.

“
In the formal conception of the object we can thus identify two fundamental recipes: the rigid-structural formula that moves ‘analytically’ from the parts to the whole, and the morphological-organic formula, which moves ‘synthetically’ from the whole to the parts."

The fact that these paths of organic-rational synthesis can open up new processes in which natural and artificial engage in productive coexistence is proven by the cases of guided growth of botanical trunks, which thus take on the form of useful objects. This is the case, among others, of Full Grown, a brand that produces furnishings through a true line of cultivation. Again, these are local experiences that would be hard to implement on a large scale (and in any case already suited to a ‘zero-km design’).

Nevertheless, their value lies precisely in their way of being not only theoretical but also practical statements, capable of suggesting a possible paradigm shift. Projects of openness conceived to make us see that – as Leonard Cohen sang - “there’s a crack in everything, that’s how the light gets in.”

Rethinking wellness and its places: the bathroom

The infinite variety of water