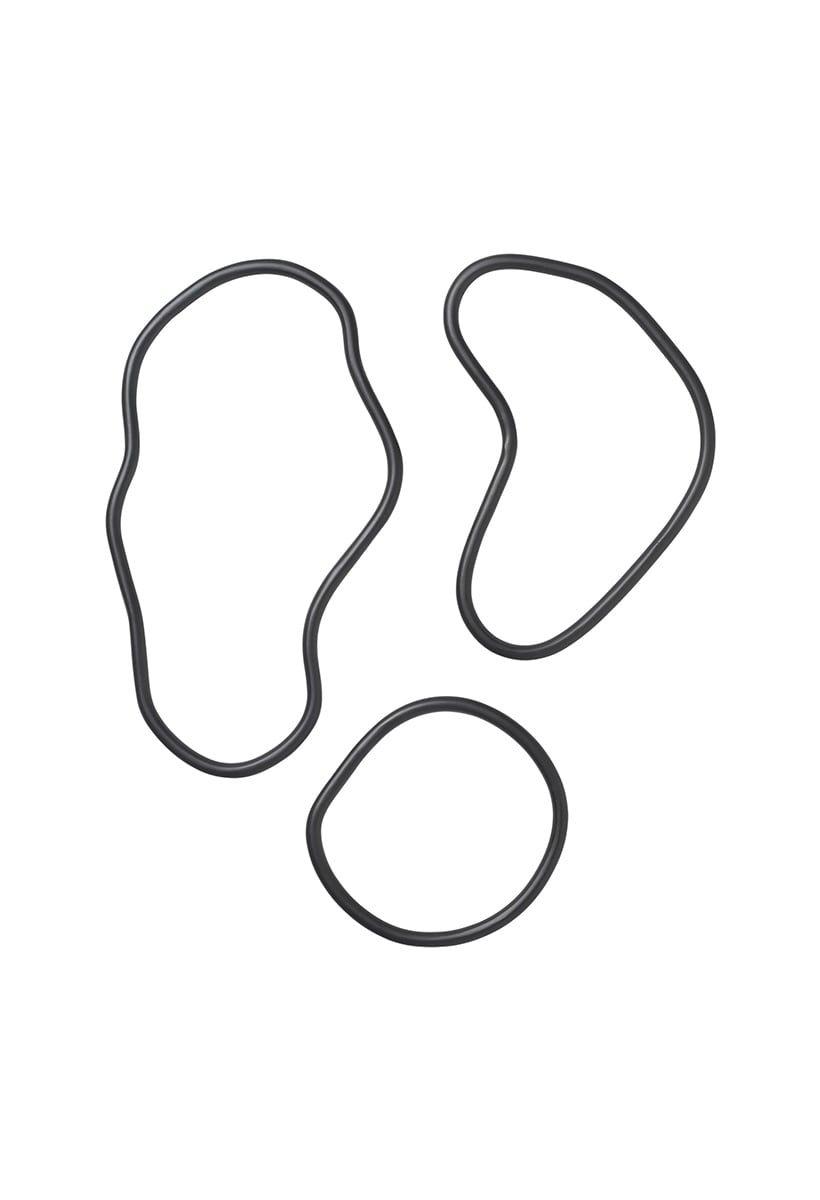 In contemporary design, the narrative dimension and functional dimension deeply merge, opening up an unprecedented range of morphological possibilities for the bespoke project

The modern object has taken shape through a laborious process of aesthetic redefinition aimed at eradicating ornament from a product's anatomical structure to meet the 'rational' needs of the industry. Subsequently, the post-modern has shifted the heart of the project on the side of ornament, accompanying it with a strong accentuation of the symbolic component.

With the two fundamental shores of the project's historical culture defined as such - the modern and rational object on the one hand, the post-modern and adorned object on the other - contemporary design emerges when the project overcomes this opposition to move towards a new 'narrative' approach in which rational and ornamental, functional and symbolic do not merge a posteriori, by strategic decision, but originally, in primitive depth. 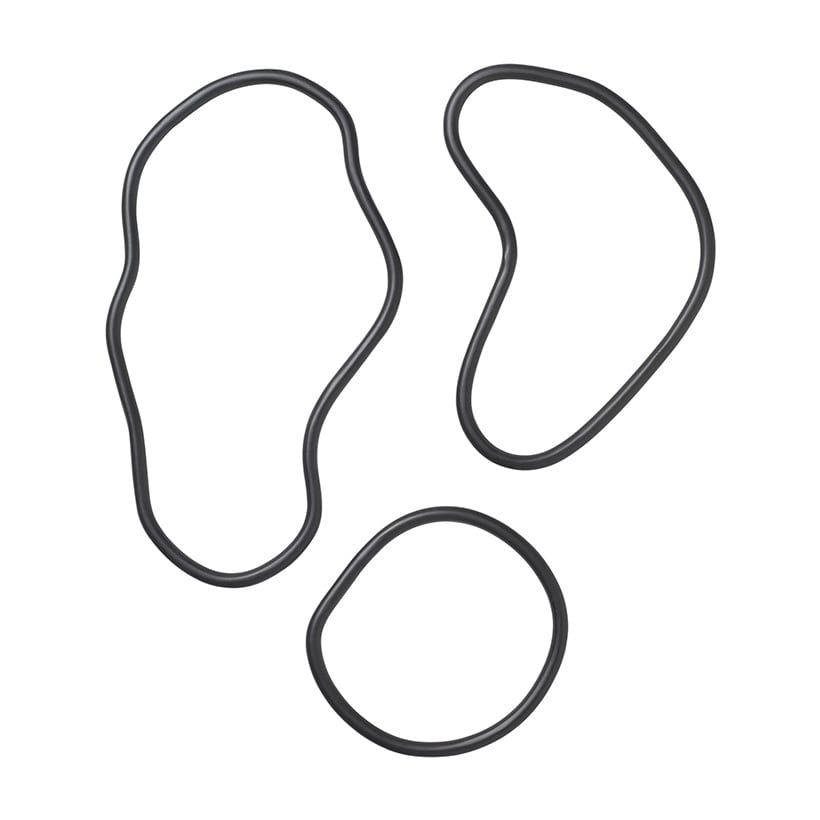 4
Inspired by moving water, the Pond Trivets set produced by Ferm Living includes three brass rings that protect the dining table from the heat of crockery.

In the contemporary object, the functional and ornamental dimensions arise together, starting from the same conceptual core that is specified in native aesthetic-functional solutions. This is how design entered the 21st century, the era of the "liquefaction" of society which, by loosening the old rigidity of taste, leaves room for the idiosyncratic exploration of the most extreme narrative variants, dissolved in the wave-like meteorology of 'trends'.

It is no coincidence that these are the years that bear witness to the progressive growth of the importance (and market) of art design, a genre that has made the extreme, daring, unrepeatable piece its own distinctive trait (for example Luminous Shapes by Stine Mikkelsen, free-material sculptures to which only one function was later added).

In line with this approach to the product, which is increasingly less industrial and increasingly more artistic, the furnishing element tends to establish itself as a 'strong' linguistic presence in direct continuity with the experiential dimension of interior design: in other words, once the juxtaposition between functional modernity and ornamental post-modernity has been overcome, the dimensional separation between furniture and interiors has also been overcome.

The role of bespoke projects therefore becomes central, with custom-made (also extremely) proposals designed to intercept the fluctuating needs of the liquid user. This involves overcoming the late-postmodern phase in which the user was not offered a single product but an entire lifestyle (a 'package' of duly orchestrated aesthetic values). Today, in fact, the propensity for fluidity keeps the user in a state of perennial definition of identity that pushes him to uninterruptedly construct and deconstruct his personal 'playlists' of aesthetic choices, in music as in clothing and in furnishing. 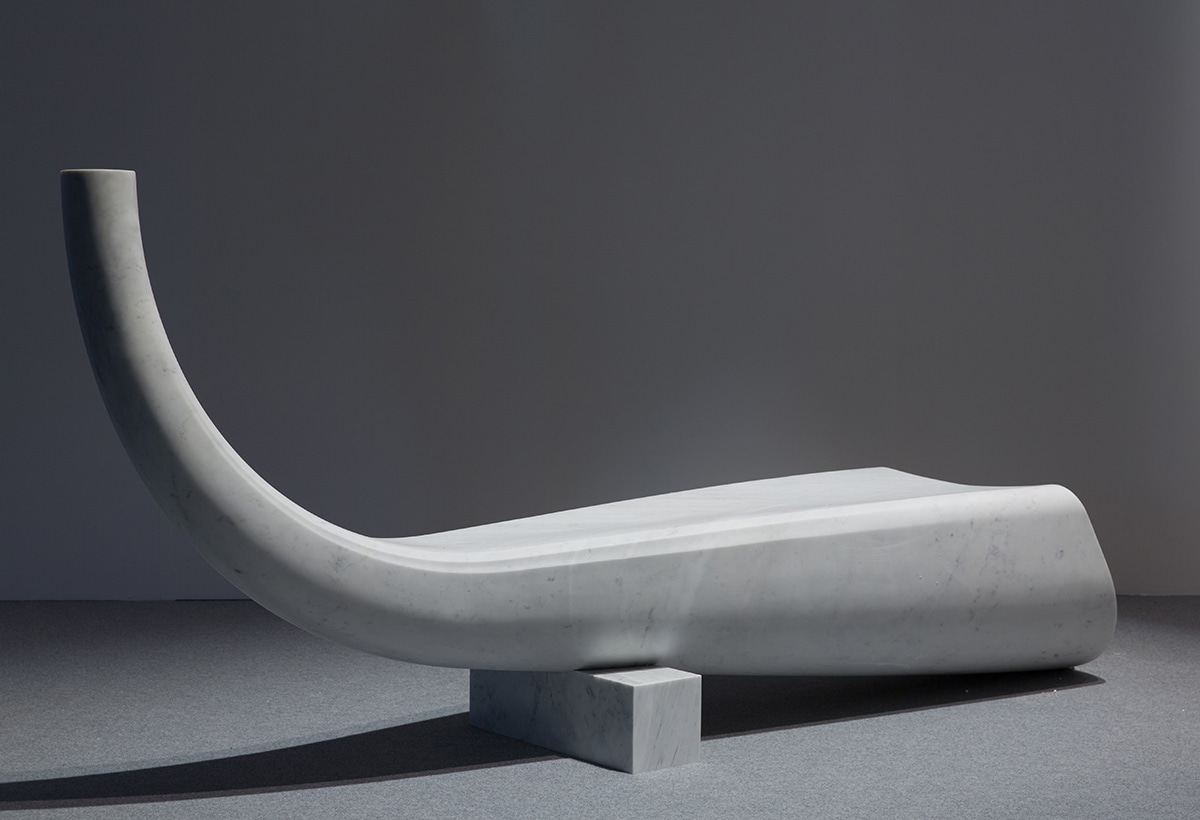 5
Play chair and passive amplifier in marble, by Denis Santachiara for Cyrcus, made through digital fabrication with CNC technology.

The passage from the lifestyle paradigm to the playlist paradigm explains the great flowering of particular, 'strange', powerfully evocative pieces, such as the mirror by Front for Swedese, a poetic and disturbing vertical mouth that introduces, or sucks, into another dimension.

A dimension in which inexplicable creatures like Ferm Living's Pond Trivets, or Bec Brittain's Heron lamp for Mmairo could live. And speaking of creatures from another world, the Galon wall lamp designed by Guillaume Delvigne reveals itself in a domestic environment as a fascinating and perturbing presence, made of the same substance that dreams and nightmares are made of. While the Ribbon stool produced by Gentner Design, although characterised by a less disturbing aspect, does not appear entirely in line with the ordinary categories, suggesting malleable and distorted perspective views.

Because once the Pandora's box of non-industrial design is opened, the landscape of the project is populated by alternative phenotypes, a genetic creativity frenzy akin with the great Cambrian explosion on a domestic scale (the era around 540 million years ago in which an incredible variety of life forms developed, most of which are now extinct).

“
Today the propensity for fluidity keeps the user in a state of perennial definition of identity that pushes him to uninterruptedly construct and deconstruct his personal 'playlists' of aesthetic choices, in music as in clothing and in furnishing."

This great proliferation of unclassifiable objects pushes to broaden the field of acceptable options in the new market of design from within, where so many hazardous solutions find space, such as the Urushi lacquered coffee table by Aldo Bakker for Carpenters Workshop Gallery, as well as lighter and more poetic gestures like the A Slant of Light lamp by Germans Ermics for DiSé, an Italian brand specialising in bespoke projects.

The Cyrcus brand also focuses its business on unique objects, made in this case through digital fabrication, such as the Play Marble passive amplifier and seat by Denis Santachiara, imagined with visionary grace and sculpted with CNC technology.