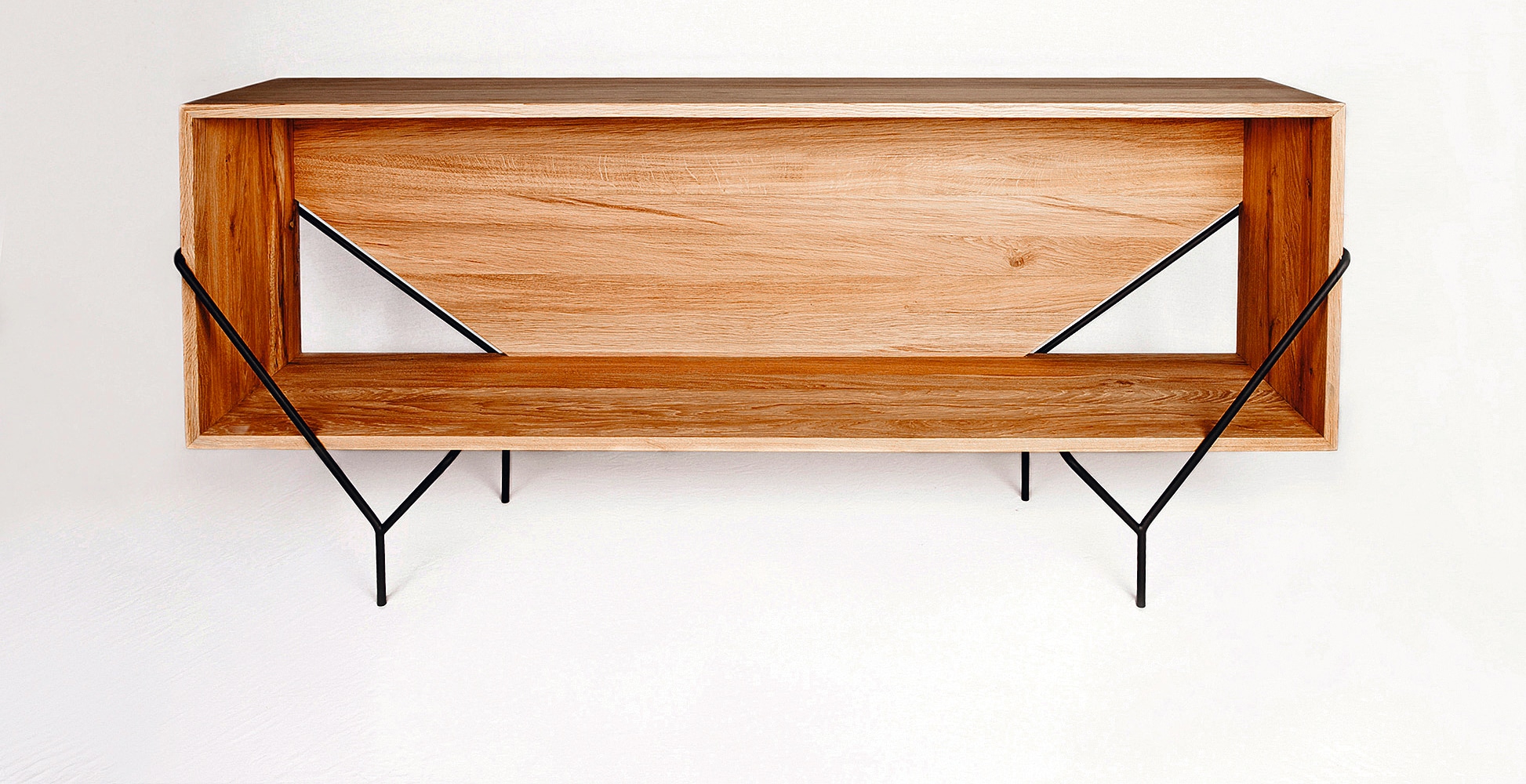 More and more objects, especially furnishings, stand out for the combination of slender lines and material blocks with an ‘architectural’ image.

First of all, we can examine the Kaari collection by the Bouroullec brothers for Artek, the first collaboration between the French duo and the historic Finnish brand, and an excellent example of this new language. The collection features an original hybrid construction system composed of strips of wood and bands of steel, whose precedents date back to the experiments of Aalto with the technique used for bending skis, applied to the paradigm of the object with a geometric structure introduced in those years by Rietveld and Breuer.

What determines the character of ‘subtle design’ is effectively its ability to sum up, in a fresh, immediate sign, an entire path of design history, that of the various spirits of the Modern, not commemorating it with nostalgic tones, but injecting it with intact vitality into the 21st century.

Projects like the Black Landscapes table by Noam Dover and Michal Cederbaum, the Y collection by Jordi Lopez, the tables by the young Francesco Meda (son of Alberto), the Loop lamps by Roberto Giacomucci and Focal Point by Chifen Cheng (Designlump) display elements slimmed to the point of evanescence (bands, metal tubes, steel rods) juxtaposed with more solid, structured materic components (often in wood, or as in the case of Focal Point, in an unexpected material like porcelain).

Even the restructuring project for the interiors of the G house by the studio Francesco Librizzi pivots on this same type of digital-structural design, elegantly organized around the staircase. Particularly interesting cases are those in which the ‘vectorial’ component is combined with soft bulks obtained through the leavening of digital flours, like the Balcony sofa by the Norwegians Vera & Kyte, and the Betty armchair by Angeletti Ruzza, an object “enveloping like a caress” that “encourages visual and behavioral relaxation.”

Precisely this concept of ‘visual relaxation’ becomes a key factor in our discussion. To fully understand the meaning of subtle design, we have to take a step back, to the 1980s, when the postmodern aesthetic apocalypse proposed a conception of the object that unlike the functionalist approach no longer attempted to ‘educate’ the user to its own aesthetic code, but accepted the user as given, with his vices and virtues, as a by-now mature child of the society of consumption, offering object-presences with strong playful and relaxing value.

This is the groove entered today by a large portion of furniture design in the digital age, which besides absorbing the taste for soft but decisive borders, in the iPhone style, is developing a path of management of the form of the object increasingly similar to that of graphic interfaces, in terms of form, color and volumetric arrangement.

Also because such interfaces represent the most daunting adversary, today, against which the product has to battle for the attention of users, who on the same screen are presented with images of real objects – constrained by the laws of physics and structural engineering – and images of virtual yet ‘tangible’ objects – free of any constructive limitations.

Therefore it becomes more vital than ever, for design, to work on languages, the ‘leap out of the screen’ (the touchscreen) and ‘touch’ the eye of the user. In this sense subtle design, salvaging the tradition of the modern object inside the digital visual horizon, performs a true aesthetic miracle, combining the weight, thickness and solidity of history with the lightness, fineness and evanescence of the future.

The staircase of the G house at Cefalù, based on a design by the studio Francesco Librizzi, functions as the aesthetic and functional pivot that shifts the sense of use of the various rooms in a different way. Photo: Alberto Moncada.
Table from the Kaari collection by Ronan and Erwan Bouroullec for Artek. The collection includes rectangular and round tables in two sizes, a desk, a wall console, a round shelf and wall shelves. Photo: Studio Bouroullec.
The Betty armchair by Angeletti Ruzza Design for My Home Collection, with metal legs that add thrust to the soft forms of the seat. Photo: Chiara Gazziero.
Console from the Y collection by Jordi López Aguiló (Studio Kutarq) with Nicolas Perot. All the elements have slim metal structures that embrace wooden geometric volumes. Photo: Maria Mira.
The concept of the Balcony sofa by the Norwegian designers Vera Kleppe and Åshild Kyte is based on time spent pleasantly on a sunny balcony, reading a book or enjoying the view of the great outdoors.
Loop suspension lamp by Roberto Giacomucci for Tooy. The two shades can be positioned inside or outside the structure, thanks to a rotating system. Photo: Andrea Bellezza.
Table from the Orme Cinesi series by Francesco Meda for Schoeni Art Gallery Hong Kong. The project contaminates the age-old Chinese crafts tradition with the curved steel tubing developed at the Bauhaus, which became the symbol of western design.
Black Landscapes table by the duo Noam Dover and Michal Sara Cederbaum (based in Tel Aviv) for the London gallery 19 Greek Street. Photo: Jamie McGregor-Smith and 19 Greek Street.
The Focal Point table lamp by the designer Chifen Cheng (Studio Designlump, based in Montreal, Canada), offers different lighting positions to respond to different moods.
#Design #Projects