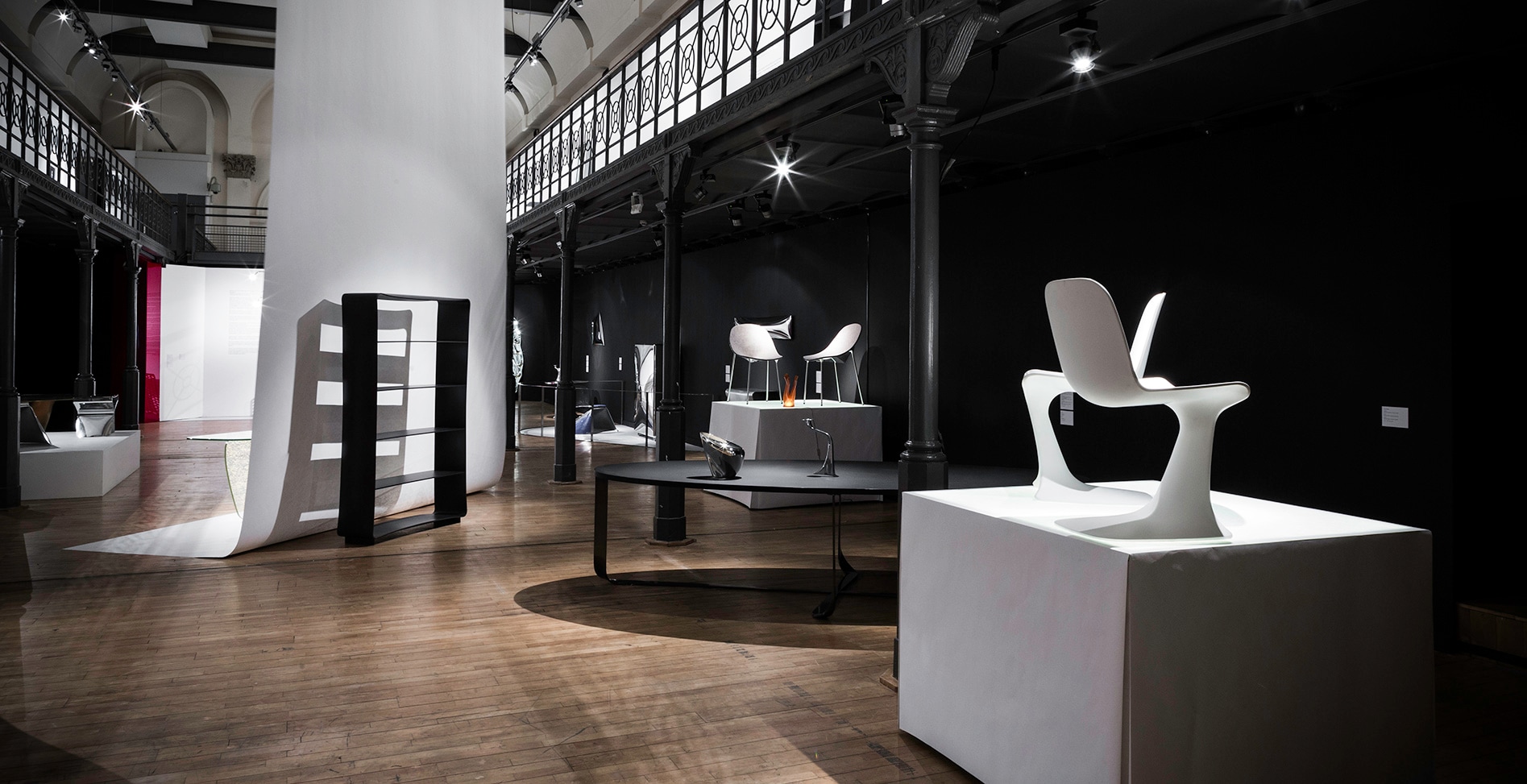 From 11 September to 1 November 2015, the Le Botanique in Brus­sels paid tribute to Xavier Lust, with an exhibition of his works: 81 chronological pieces, from the Le Banc bench shown at the Salone Satellite in Milan in 2000, which revealed his promise, to his latest creations, accompanied by the monograph Design Stories contain­ing critical texts.

“The pieces have been carefully chosen,” Xavier says, “to document the fact that my career, from the outset, has been hard work, also done with the hands. The show is not a retro­spective but the starting point of a dynamic project.”

An exclusive project, too, with no parallels in the design world. Xavier is a hybrid figure: an orthodox industrial designer who likes to see his ideas produced and multiplied, but also a craftsman who works not to give his pieces the added value of virtuoso making, surface decora­tion and special effects, but to subtract and smooth. Not to compli­cate things, but to simplify and give his hand-shaped forms the fluidity, curves and roundness that is then made possible by mold­ing technologies.

The paradox is that he uses the hands, shaping things with the help of a trusted artisan, to produce a result that seems to come from 3D printing. He does not belong to the school of thought of the makers, but looms solitary (no exaggeration, giv­en his height), also physically engaged in the construction of his forms. He is more like a sculptor, though he thinks of himself as a 100% industrial designer.

Apart from his indubitable personal tal­ent, his art lies in doing things with the hands, in the workshop, with physical effort, producing the daring shapes that can be achieved by machines, aseptically, without labor, while giving the pieces the imperfections that convey a sense of their uniqueness.

Though he concentrates on the creation of one-offs or limited edi­tions, cultivating a circuit of galleries and auction houses (the Par­is-based Piasa recently sold all his prototypes), he courts industrial companies to come to terms with mass production and other mate­rials, like Cristalplant or glass, without losing his special touch.

He emphasizes that his technique of bending metals is still manual. If you observe closely, you see that has curves reveal the touch of the hand, a hand that doesn’t want to leave prints, but attempts to bring out the fluidity of the materials.

He has chosen metal because it is a material that imposes constraints one must cope with, a ma­terial to tame, that offers those capable of handling it with force and delicacy the surprise of sudden flashes of light. He has chosen it because it is an industrial material, clear and precise, yet ductile, which he can shape in forms endowed with the plasticity of nature, with great, almost feminine elegance.

Many of his pieces have the dynamism of a slim body. In his shaping there is no hesitation, but speed, to give the profile the verve of the extemporaneous sign, a sense of naturalness in what is made with labor and effort.