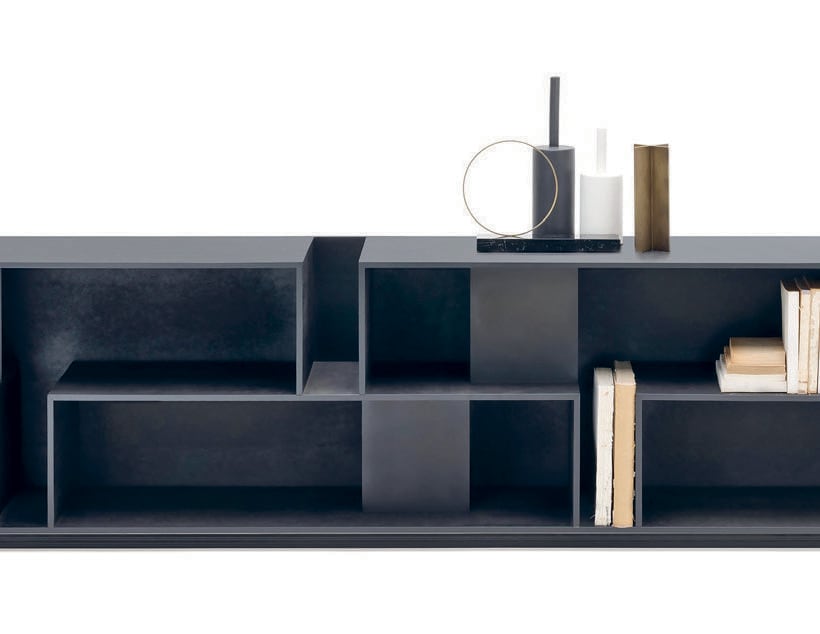 The challenge of continuity

#New York
The challenge of continuity

She didn’t go to art school, but she seems to have absorbed the sense of creativity by osmosis. And in fact today she is considered one of the most creative figures from the new entrepreneurial generations of Italian design.

Slim, dynamic, 38 years old, Carola Bestetti is the daughter of Renata and Luigi Bestetti, who almost 50 years ago acquired a small upholstered furniture company, and in 1988 had the excellent idea of relying on the vision of Piero Lissoni to give form to their business idea.

The result was Living Divani, one of the most representative brands of design Made in Italy. Carola was just 9 years old at the time, and Piero was 32. “We can say we grew up together,” she says, now in the role of director of marketing, communication and product development in the family business.

The bond with a designer like Lissoni is was clearly a major asset. But it is also a dual responsibility for Carola, whose challenge today is to move forward, in a spirit of continuity, with a project that was successfully launched by her parents.“I got my training in the field. I began studying economics and business after classical high school, but I quickly understood that was not my path. So I began to work in our family’s company.

After a year I decided to set off on my own, so I went to London where I found a job in a cafe; I stayed there for 8 months until Roberto Gavazzi, the owner of Boffi, asked me to work in the showroom he had just opened in New York.

I learned a lot from that experience in America, which lasted two years, and took me from New York to Los Angeles, still with Boffi; for the first time I was working on design, since I had a direct relationship with customers, not with the trade or professionals.

When I returned to Living Divani I was 23. I began in the sales division, after which I moved into marketing and communication, and then gradually began to focus on products, which I understood represented the area that interests me most.”

Over the years you have gained quite a reputation as a talent scout. How did that happen?
That is a flattering statement, though it still sounds a bit strange, given the importance of Piero Lissoni for Living Divani, where he has always been the art director. As soon as he arrived at the company Lissoni established a great relationship of trust and harmony with my parents, who granted him great creative freedom. This meant that the company grew up around Lissoni, in a way. When I began to feel the need to diversify the products of Living Divani, it was not easy for me to find a way to insert new features while still keeping faith with the image constructed by Piero. Therefore I understood that to expand the typological range of the items in our catalogue, it was not a question of turning to other big names. Actually, we had to use this necessity to generate an opportunity for young designers.

How can you recognize new talents?
I conduct research through various channels, and I rely on the indications of the designers with whom we are already working. I would like to spend more time on this activity, creating an in-house structure for research and creativity, which can become a link between the company and the figure of the art director.
What counts most, in my view, is to ensure the continuity of the Living Divani project, not just in terms of design and communication, but also on the level of the individual product. Not by chance, in recent years we have put a lot of effort into the evolution of existing items, precisely because it is no longer possible to present 15 new models every year, as we did in the 1990s: the market can’t absorb all that.
So we often decide to development what we already have, introducing technological upgrades or new ideas in terms of finishes and formal solutions.

Who are the young designers you think are particularly interesting?
One is definitely David Lopez Quincoces, with whom we’ve been working since 2013. David got his experience in Lissoni’s studio, and he still works there today. This means that his creations fit perfectly into our catalogue. His projects, like the new Era family of tables and chairs, have essential silhouettes and a tailor-made approach that perfectly reflect the style of Living Divani.
I also like the work of Mist-o, the duo composed of Noa Ikeuchi and Tommaso Nani. In Cologne we will be showing the definitive version of their Daydream, a daybed we made last year for the Salone Satellite 20 year collection. Then there is UNpizzo, a studio formed by Agnese Selva and Bettina Colombo, two young designers who have reinterpreted traditional Cantù lace to create the Tombolo seating series.

What are the brand’s main markets of reference?
Living Divani operates on the international scene with over 85% of sales happening abroad. The domestic market is always of fundamental importance, but Europe as a whole covers the lion’s share with about 70% of sales, even though the market is very mature and saturated. Another important area for us is North America, where we are gaining the best results today, but Asia offers the best opportunities for the future: in recent years we have opened various points of sale in Hong Kong, Bangkok, Singapore, Hanoi and Ho Chi Minh City, and we are planning many new openings in China.

How is the distribution of Living Divani organized on an international level?
Our network of international dealers consists mostly of multibrand stores, inside which the areas set aside for displays by Living Divani keep getting bigger, to make room for the versatile offerings of the company. Last year we opened the first Living Divani monobrand store in Beirut, followed by another in Dubai. The third should be opened this year in China.

What are the most important projects that have reinforced the operations of Living Divani in the contract sector over the last few years?
For us contract is a very important, dynamic business area. The most widespread project type on which we work is that of hotels – often in collaboration with our art director Piero Lissoni – which we can approach through our indoor & outdoor living area collections and our proposals for the bedroom zone.
Recent achievements include the Roomers Hotel in Baden Baden, a luxury hotel in which we have furnished the lobby, the restaurant, the reception room, the spa and steam bath spaces, a dramatic rooftop bar and 130 rooms and suites: a huge parade of Living Divani products, customized in terms of size, demonstrating their versatility thanks to indoor and outdoor versions.
We often make custom solutions, as in the case of the Saharai Hotel in Fez, Morocco, designed by the French architect Christophe Pillet.
One of our latest contract projects brings Living Divani’s creations to a very prestigious residential building in New York, the new complex at 520 West 28th Street by the studio Zaha Hadid Architects, done in collaboration with West, our dealer in New York.
Another important collaboration is the partnership with Muraba for the creation of the new Muraba Residence Palm Jumeirah in Dubai, by the Spanish studio RCR Arquitectes.

In 2019 Living Divani will celebrate its 50th anniversary. What are the most important projects in the making for this occasion?
We are already working on it, but I don’t want to say too much now. The expansion of our production facilities, with 2500 square meters for factories and warehouses, demonstrates that our company is constantly evolving. The new area extends the building opened in 2007 and designed by Piero, who intervened on the existing headquarters by adding a sort of glass skin with a depth of 8 meters, for the offices and the showroom.
Given the fact that we will also be celebrating 30 years of collaboration with Lissoni, I would be pleased if Piero would design a one-off collection, to present with an event in a special location.

How do you imagine the next 50 years of Living Divani?
The world keeps getting smaller: it is as if the boundaries were vanishing and everything happens just a few steps away, right in our courtyard! So what is needed is greater ability to interact, to keep up with the speed of communication.
This is demonstrated by the opening of a WeChat channel for everyday dialogue with the Chinese audience. In the age of global consumption, in which everything has to be available at the click of a mouse, the real challenge is to make people understand that our products are long lasting, and have an intrinsic long-term value. This is the mission I would like to accomplish for the future of Living Divani.