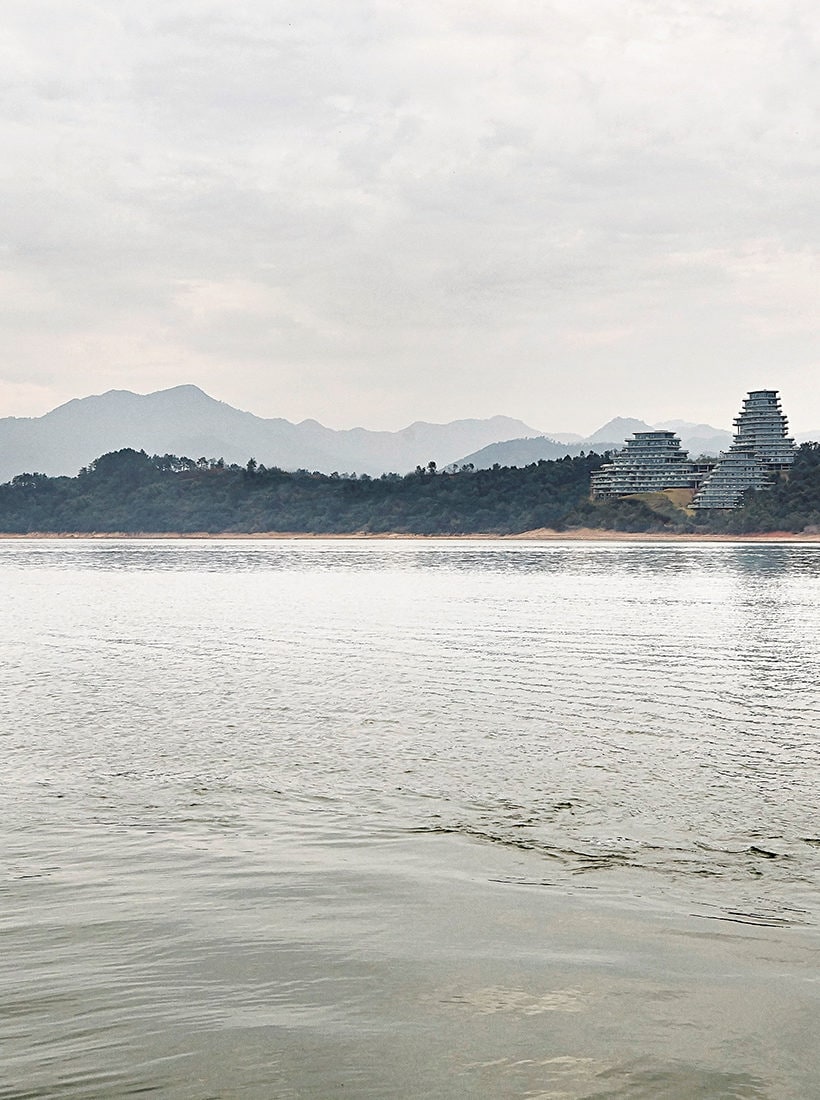 The city of mountains and water

The city of mountains and water

Shan Shui is a historic Chinese painting style that focuses on the depiction of natural panoramas and landscapes, in which ink applied with brushes replaces the more conventional colors, generating poetic black and white compositions in which mountains and rivers, waterfalls and forests mix together in always different, very harmonious images.

Literally meaning “image of mountains and water”, Shan Shui takes on symbolic and philosophical values because it does not attempt imitation, or accurate reproduction of a real natural scene, but tries to depict an idea, a thought of nature.

The master Li Cheng (919-967) wrote: “Shan Shui is a genre of painting that goes against the common definition of what a painting is. Shan Shui rejects color, light, shadow, the subjective work of the brush… it is not a window open for the eye of the observer, but a tool for the mind of the painter, so it resembles philosophical reasoning.”

This age-old tradition is a reference for much of the design research conducted by the studio MAD, in which the architectural object spreads into a landscape approach, where architecture becomes the result of interdisciplinary contaminations, balanced between the idea of formation of completed spaces and their projection towards the host landscape, absorbing its character, topography and reasoning, becoming an integral part of it without resorting to the illusion of camouflage by vegetation.

The project seen on these pages, the Huangshan Mountain Village named for the famous mountains of the region that emerged from the sea millions of years ago in the Mesozoic Era, links back to this research, creating ten large buildings (from 5 to 21 stories) as metaphors, ideas of ‘inhabitable mountains.’

“We have made the residential buildings into an extension of the existing landscape,” says Ma Yansong, founder of the studio. “Today people live in a competitive society, faithfully following a principle of efficiency; therefore anyone finds it difficult to understand the meaning, to understand why the characters shown in the Shan Shui paintings have courageously take twisting mountain paths, only to reach the top of peaks and to silently sip tea in a pavilion, observing the landscape around them.”

The risk of a solution of objective conflict between man and nature presented by a high-density settlement like Huangshan Mountain Village at such a delicate site has been avoided thanks to the design of buildings conceived as ‘mountains’ or, more precisely, as Shan Shui painting suggests, as an ‘idea of mountains.’

The three essential components of the historic painting genre (paths, thresholds, the heart) are translated in architectural terms by linking the various ‘mountain buildings’ made of a sum of white undulating planes of different form and size (from the original 108 curves, to the standard of 5 figures of reference) to form terraces in a tapering crescendo, from the bottom up, that develop at 360° for each level, to offer every space with windows (the face of each building for a total of more than 850 housing units) the view of the horizon in an immersive, natural refuge-space.

The project listens to the topography of its surroundings, reinterpreting the figure of the terraced tea plantations, generating an architecture with a territorial and landscape character, gathering together residences, a hotel, community spaces and connective accessways. More than a ‘habitat machine’ this is an architectural organism that emphasizes atmospheres and attitudes of the place.

View of the Huangshan Mountain Village complex in relation to the surrounding landscape and the Huangshan mountain chain (the famous ‘Yellow Mountains,’ a UNESCO world heritage site). Photo Hufton+Crow
The ten buildings of the complex are based on the idea of an ‘inhabitable mountain’ composed of trays of white concrete of different sizes and shapes, stacked like the terraces of tea plantations (photo Fernando Guerra).
Between one floor slab and the next large glazings on sinuous terraces offer a continuous view of the wooded landscape and the mountains (photo Laurian Ghinitoiu).
Master plan of the settlement.
Section of a building.
The buildings of the mixed-function complex (residence, hotel and community services) are connected by elevated walkways; the ‘paths’ of the mountains depicted in Shan Shui paintings are translated in a contemporary way in this project linked to the Shan Shui City philosophy of Studio MAD (photo Laurian Ghinitoiu).
View of an internal circulation space (photo Shi Zheng).
#Design #Projects