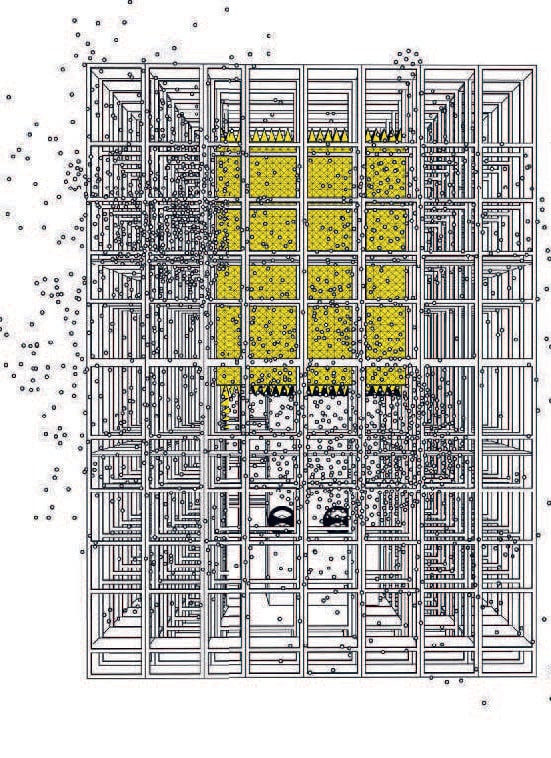 The home, one might say, is the mirror of architecture’s soul. When we peer through the windows of the dwellings to which each epoch has given birth, we are gazing deep into its collective subconscious—like passing through a trapdoor into the dreams, aspirations and anxieties of a consciousness that is distant yet familiar. Our homes adapt to who we are, and and in return we adapt to them: the production of new domesticities is a key instinct of surival, as primitive and enduring as the image of Marc-Antoine Laugier’s Primitive Hut.

So what do our smart homes tell us about who we are? What domestic demons are our Roombas actually grappling with? As private homes were first wired up and plugged into the electricity network in the early 19th century, domestic appliances increased in performance and entirely new ones were developed. Brooms got replaced by vacuum cleaners, knives were suddenly battery powered. Advertising for electric appliances promised more leisure time for the housewife thanks to their reliable flawless performance. This was the promise of home automation—the smartness of our homes would liberate us from the need to preside over them.

As we drift towards a domesticity drenched in technology, our homes evolve into a brazen assembage of technical apparatuses, themselves nodes within an unbounded infrastructural network in a constant state of connectedness. This hard-won sentience, initially beguiling, suddenly seems vaguely unsettling. An electromagnetic fog thick enough to cut with a knife hovers over the city—radio waves, light waves, radar waves, sound waves cram every band of the spectrum, unhampered by walls or by architecture, ceaselessly streaming out from devices we live with. Devices are our life companions; they talk to us, and to each other, yet we bary understand them. Little by little we realise that the very place we instinctively go to seek shelter from the gaze of “the inquisitive”, as Le Corbusier quaintly put it, is the place where we are most closely observed. There is literally no place to hide when it is your home that is watching you.

In return, we do not have to leave our homes anymore, as we can now sit back while the the outside visits us inside. The smart home casts architectural definitions that have stood for millennia into doubt; its greatest achievement to date is the conclusive defeat of the wall—an architectural element for the production of privacy, but entirely ineffective in regulating the flow of information broadcast by our houses, the way we rely on it to obstruct the broadcasting of domestic sight or sound. We are beginning to realise that it is in our smart homes that we are at our most exposed, standing naked like emperors as our devices look on. Could it be that we’ve lost control of the technology we designed to make living convenient?

Should our homes have an airplane mode? Maybe the age of intelligent machines calls for a new notion of domestic architecture—a revised definition of the primitive hut, tailored to the needs of the electromagnetic refugee. How does the value of visual privacy from the neighbours stack up against the value of electronic privacy from the entire world, as a priority? Both should be built into our homes, a daily ritual, like drawing the curtains or rolling down the garage door. This is the challenge for the homes of our time—to become more than a passive support for the sentient devices we adorn our walls with. History is circular, and the home’s utility as a device of autonomy, a space of isolation from collective scrutiny is more than a prudish bourgeois tradition—it is a necessary condition for the perpetuation of democracy.

RAM House, designed by Space Caviar and produced by Italian company PROKOSS, is a domestic prototype that explores the home’s response to a new definition of privacy in the age of sentient appliances and signal based communication. As the space of the home becomes saturated by “smart” devices capable of monitoring their surroundings, the role of the domestic envelope as a shield from an external gaze becomes irrelevant: it is the home itself that is observing us. The RAM House responds to this near-future scenario by proposing a space of selective electromagnetic autonomy. Wi-Fi, cellphone and other radio signals are filtered within the space’s core by various movable shields of radar-absorbent material (RAM) and faraday meshing, preventing signals from entering and – more importantly – exiting. Just as a curtain can be drawn to visually expose the domestic interior of a traditional home, panels can be slid open to allow radio waves to enter and exit, when so desired. RAM house is a proposal of cohabitation with technology other than by a constant default presence.