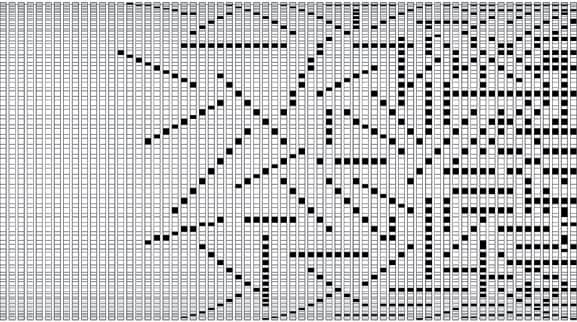 It comes naturally to mention Paolo Ulian when talking about marble and design. Born in Massa Carrara, Paolo has always spent time in the marble quarries and workshops of the Apuan Alps, and has often used this noble material in his projects.

He did this before the 2000s, when rigid, heavy marble was still excluded from the range of contemporary materials and production, and he has continued over the years, as numerically controlled machines generated new possibilities for working with stone.

Today Ulian emphasizes this distinctive vocation, but with an approach and a sensibility that point to an interesting passage in his career, a new maturity that projects his work beyond the ‘niche’ categories to which it was relegated in the past.

This has happened thanks to the encounter with Andrea Lupi, art director of Antoniolupi, and a series of products presented by the company in the fall. The opportunity for this collaboration was the solo show “Paolo Ulian: the lightness of intuitions” held in May at Palazzo Mediceo of Seravezza, Lucca, where Andrea Lupi saw a series of marble objects – vases, a table, a panel – that triggered an idea: why not transpose the same design principle to make a series of washstands?

The first inspiration was the Introverso vase, shown for the first time by the designer in 2012: a hollowed block of stone, with precise, definite lines, that conceals another vase with a more sinuous form; the user decides which vase to use, breaking one of them with a hammer to obtain the other.

“The idea of this vase,” Ulian explains, “came to me when I was observing the process of shaping of a tub from a block of marble, which was once done by hand but is now done with numerically controlled machines: a diamond saw cuts the solid material along parallel lines, at different depths. Many blades are thus created, which when broken and removed empty out the monolith in the desired concave shape.”

Applied on the scale of a floor-mounted washstand, the procedure achieves an even stronger expressive result: we are no longer in the realm of furnishing complements, but in that of the technical object, where products rarely reflect parameters other than those of ergonomics and functional efficacy.

The effect of lightness and transparency generated by the spaces freed up by the cuts becomes even more striking: the cylindrical block of marble loses its monolithic look and takes on a dual formal identity, offering a glimpse of a secret core inside, a second washstand with a more sinuous form.

A soul that can remain hidden, perceived thanks to the play of light and shadow created by the horizontal blades, or can be revealed, partially or totally, by breaking the blades with a hammer.

In the latter case, the sink, or the internal form, takes on a ‘raw’ look that differs from piece to piece: not just because the human hand always acts in a slightly different way, but also because the user has the possibility of deciding on the level of aesthetic definition (finished or unfinished, full or semi-transparent, turned or squared, smooth or irregular) to give to this domestic sculpture.

An erudite, poetic and contemporary way to interpret the concept of tailoring proposed by Antoniolupi in a catalogue of products ranging from the industrial series to the one-off,  from furnishings and complements for the bath to those for the rest of the home.

The same principle of personalization lies behind the Pixel washstand. The project began as the evolution of a series of decorative panels made by Paolo Ulian with Bufalini Marmi  in 2015, known as Pixel because of their image of little segments obtained by means of deep, regular milling of marble slabs.

In this case the decorative personalization is again based on subtraction: depending on the broken and removed segments, the surface takes on a negative design that can be freely set by the user and further developed in the future.

A different design principle lurks behind Level, the third series of washstands produced by the collaboration between Ulian and Antoniolupi. Here the designer’s experimental approach shifts towards more specifically aesthetic research: that of the artist who knows the material and decides to extract four different sinuous, sculptural forms from a block of marble.

“Many of the works I made with marble in the past,” Ulian says, “came from the idea of recycling the scraps from the working of the stone. This time I focused on the production process and the role that can be played by the user in the aesthetic definition of the object.”

An interaction that in the case of Introverso reaches the point of probing and revealing the sensorial qualities of the material in an unexpected way. The washstand produces music, in fact: just run a finger or – better still – a piece of marble over the blades to obtain a series of soft, natural sounds, like playing a xylophone.

Music that comes from the heart of the stone and the particular processes of its workmanship, giving the product an emotional meaning that goes well beyond pure functional.