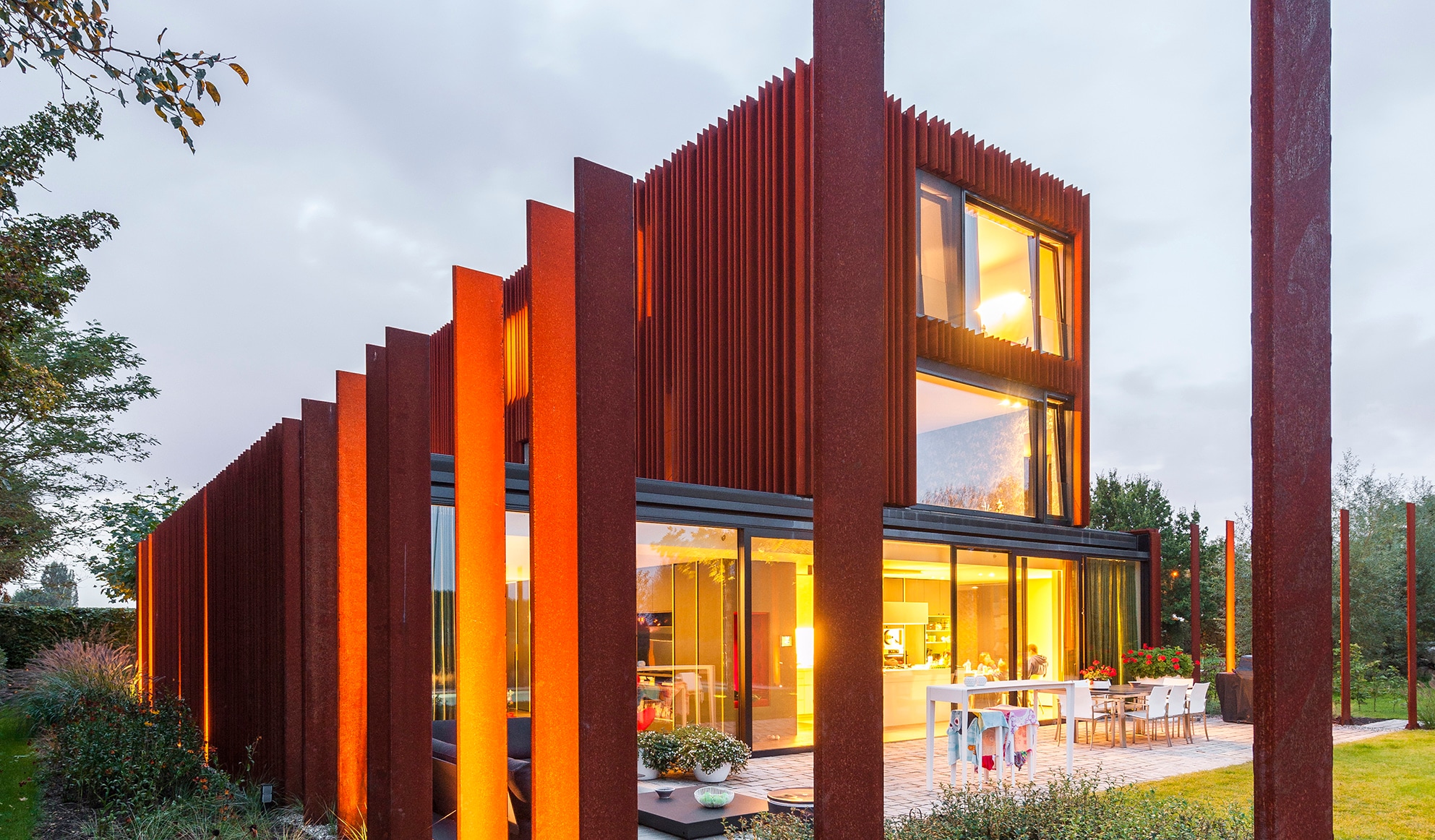 In one year over 700 persons have visited the Corten House, sharing with its owners – a young couple with kids – the atmosphere of great comfort and ease of this single-family abode in the suburbs of Antwerp, in northern Belgium.

The initiative comes from the talented emerging Belgian studio DMOA Architecten: the two founding partners, Matthias Mattelaer and Benjamin Denef (both under 40) and their staff (all rigorously under 30) wanted to demonstrate how to revolutionize the traditional model of the Flemish house.

Making the local community aware of the extraordinary opportunities offered by contemporary architecture, starting with the use of materials. The concept of the project is entirely based on the use of blades of Corten steel, which create a sort of protective shell, open or closed to the outside, depending on the needs of the moment.

“We wanted a material that would give a strong character to the whole project,” says Arch. Mattelaer. “But we also wanted a hybrid, capable of bring light inside, opening the views of the landscape, while at the same time indicating the confines of the house.”

The idea was to vary the density of the lamellar structure depending on the domestic functions it contains: so the enclosure that rigidly shuts off the most private spaces also creates gaps where the beauty of the landscape is to be shared; the parts get closer to screen the swimming pool, to protect privacy, and separate where the garden blends into the landscape, allowing the plants to grow in a spontaneous way.

Thanks to special workmanship, the Corten blades are used for multiple functions: facade cladding, a gate (for access to the garage), a fence around the garden, and even as paving in one of its areas.

The result is a visual and chromatic uniformity of great impact: the particular orange tone of the oxidized material, in fact, makes the blades capture and reflect sunlight, providing a warm glow and the play of shadows on the facade throughout the day

In the evening, the artificial light accentuates the ‘warmth’ of the rust, because the choice of lighting fixtures and their positioning are based on design choices in line with the particular character of the material and the sensations of wellbeing and intimacy one experiences in the entire house.

Mijn huis Mijn Architect 2014 in ‘the corten house’ from DMOA architecten on Vimeo.