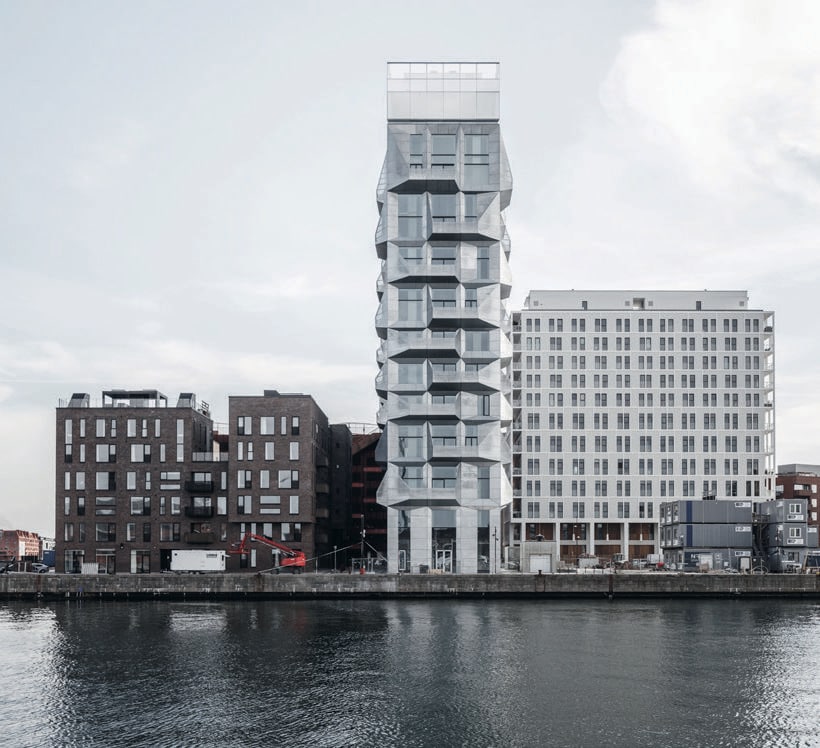 The house with two lives

The house with two lives

Dan Stubbergaard is the successful architect who founded COBE in 2006. Today, with over 100 designers, the Copenhagen-based firm has already garnered prestigious awards, for iconic buildings that reinvent the modern skyline of the Danish capital.

Like the building seen on these pages: a former grain silo, abandoned for over 50 years, that becomes the motor to drive an innovative urban regeneration project, become the sculptural ‘Silo’ – the name of a residential building with 38 exclusive apartments and a restaurant on the 18th floor with a breathtaking 360-degree view of the bay of Nordhavn, in northeastern Copenhagen. Interni met up with Dan Stubbergarrd in his headquarters to talk about how to respond to the new needs of the contemporary metropolis.

Expansion or renovation? What is your viewpoint? Should we wager on new constructions or should we regenerate existing ones, as you have done in the Silo project?
For an architect thinking about his own city, and a specific place inside it, to improve it means concentrating on the specific qualities of the site from a historical, economic, social and cultural standpoint. I think this is an important operation, because an abandoned area, without value for anyone, can become a real treasure.
All too often during the course of the history of a city resources and potentialities of old buildings are not recognized, even when they do have historical value, and they are replaced by new constructions that often are unable to bring added value to the city. The original structures are lost forever, together with their history.
This is an aspect which as designers we have to question, asking ourselves something simple: ‘Is the new building that replaces the old one really better?’ I think the regeneration of existing structures is the first, most sustainable response, when we really start to think about things, to look around us, to understand the ‘nature’ of the place with its strategic qualities and architectural potential.
Of course if the reconstruction becomes unsustainable because the quality of the buildings is low, then we have to think about a new project. But we should always remember that its quality has to be clearly superior to what it is replacing