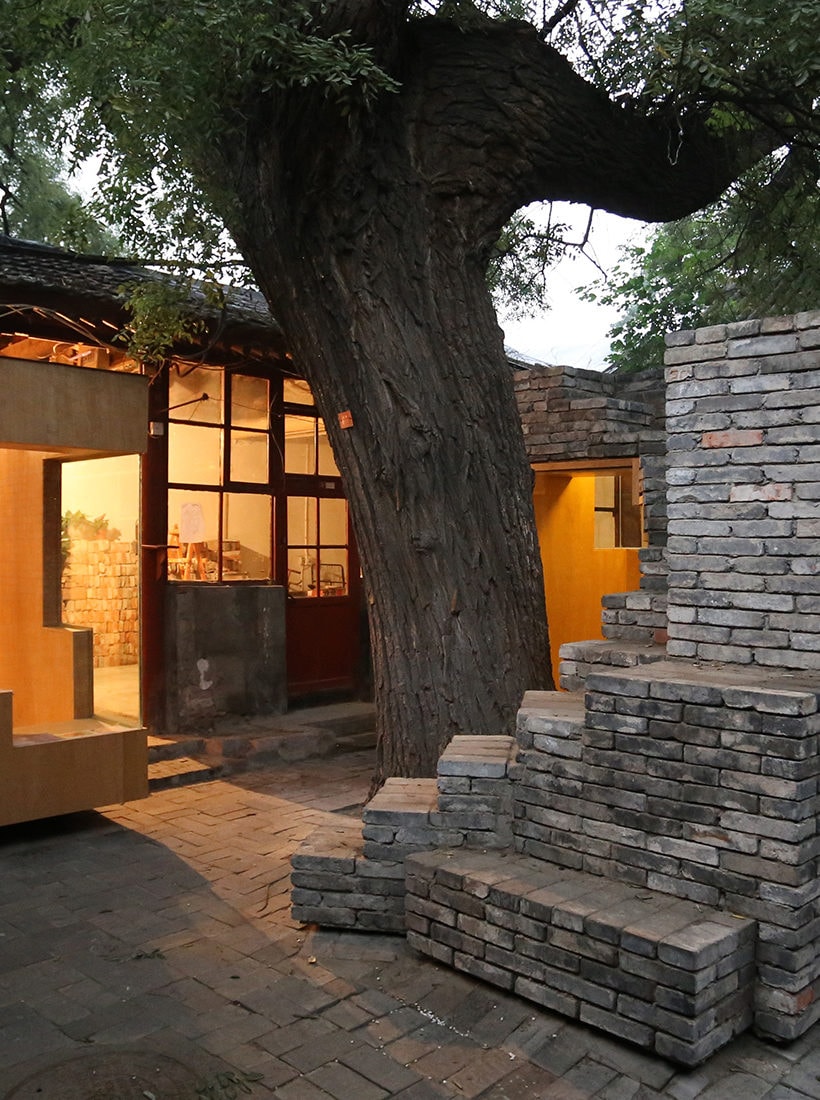 Hutongs are narrow streets or alleys, an integral part of the urban morphology of Beijing. Lined by stone or stucco walls interrupted by gates, they lead to the siheyuan courtyard houses which in the sum of their continuous interlocking, one beside the next, form entire neighborhoods and a dense urban fabric.

The growth of Chinese cities and the phenomenon of migration into urban contexts have gradually erased this fabric, with the demolition of entire zones to build towers in an anonymous checkerboard of reference.

The design research of certain young Chinese architecture firms, including Standardarchitecture, has attempted in recent years to find alternatives to the procedure of demolition and new construction dictated by the culture of a doomed modernism, reinterpreting the meaning and history of the ancient siheyuan typology and the morphological tissue of the hutongs.

The project shown on these pages, Cha’er Hutong 8 in Beijing, which Zhang Ke has developed with his studio, is part of this approach, working on the scale of architectural and urban micro-surgery to carefully intervene inside a “Da-za-Yuan” courtyard building inhabited by about a dozen families (a less orderly and symmetrical variation on the siheyuan, marked by functional and volumetric additions that have filled up a part of the courtyard over time).

Generally these added elements (small kitchens, tiny storage facilities, autonomous rooms) are seen as spurious items that disturb the original open courtyard layout of the siheyuan, and during salvaging and restoration they have been systematically eliminated. In this project, on the other hand, Zhang Ke takes the added portions as a resource, as evidence of community life with which to come to terms, reinventing their functions and figures.

Inside the overall recovery of the whole architectural structure, two elements have been redesigned and proposed as community spaces: a library for children, in wood, and a space for art, in brick (salvaging part of a former kitchen under a large existing tree), with respective areas of 9 and 6 square meters.

Two micro-constructions, two small pavilions (presented in the space of the Corderie at the latest Venice Architecture Biennale) that activate interaction with and use of the space of the courtyard, combining private dwellings with a collective sense of encounter, in an effort to reinforce ties between the community and the individual families.

The children’s library built with plywood panels penetrates below part of the pitched roof of the existing construction, while spreading outward from the facade to directly enter the courtyard. Like a small house, the library has a pitched roof interrupted by a skylight that together with the large windows captures light from the outside.

The art space reutilizes bricks from a former community kitchen, creating a small gallery entirely lined in wood. The pavilion incorporates an external staircase, also in brick, that makes the flat roof into usable space, reaching the branches of a large ash tree with which both the small new works of architecture establish a relationship.